One to go
The lovely Miss

Miss Dashwood is still at the spa.  After a nice soak in the tub last evening, she's recuperating, resting, reclining, realigning.  It's doing her a world of good!  The last tie has been knit and she ought to be feeling more put together by tomorrow.

You'd think I'd have worked on Cromarty then, wouldn't ya?  Nope.  In October, I took delivery of two bags full of Filatura Di Crosa Zar One from Elann.  The intended use was to knit one more of this sweater (from last winter's VK) in each of these colors at the request of Katie & Ali.  I had some delusional thought back then that I might even have one, if not two, finished by Christmas.  Oh, what wild things we think sometimes, huh?  It is a quick-knit sweater, but I had my problems with this pattern and, since they wanted them in the size smaller than the first, I could foresee more wrangling.  It's "Golden Tan" for Ali on the left, "London Cobblestone" for Katie on the right.  Naturally, they'll be able to trade! 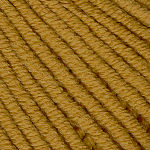 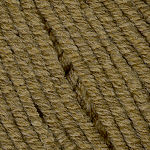 I had so many problems with the pattern, in fact, that I basically re-wrote the whole thing while knitting the first sweater, using what useful written information could be gleaned and by examining the photo.  Trial and error.  I can't even remember how many times I frogged back to the ribbing to restart the pattern, hoping that I was on the right track -- it was a lot.  I was bound and determined to do it, though; impatient to wait for corrections to be posted, so stubbornly forged ahead.  It was one of those "I learned a lot" experiences.

So, it's "Golden Tan" on the needles.  And there was wrangling, but I think I'm on-track now.  While perusing the many notes and things stuffed into the magazine from the previous effort (reacquainting myself with anguish?), I came across a small scrap of paper on which I'd drawn a series of numbered, horizontal lines and groups of Xs in 2s, 4s and 6s.

I had a moment right then.

Whad'Ya Know?*  It's a chart.  It's a chart and I made it myself.  And, I made it long before I had thoughts of knitting St. Brigid; before I'd ever seen the charts within Aran Knitting; before I "realized" that I've never knit from a chart before so I better practice (and thus Galway hats were born).  It's kind of funny to look back to late May and read about how intimidated I was by those charts.

I was astounded at how much of a chart I'd actually made and how quickly I'd forgotten about my little, scrappy chart when a big, burly, published book with real, official, printed charts landed on my kitchen table!  I had numbered all the horizontal lines in the right margin, later adding the word "even" to the left margin at all the even-numbered rows; the Xs represented the three different cables in the pattern, made up of 2, 4 or 6 stitches, and I'd placed the individual groups of Xs on the odd-numbered rows where they were to be worked.  I kept looking at that scrap last night and thinking, Man, this couldn't be more like a "real" chart if I'd tried!  It's just really weird to realize that not only did I already know how to knit from a chart, I'd actually already made one!

The Dashwood looks amazing...can't wait to see it all finished up...

I like that show too, but I LOVE Car Talk...

We got more snow last night...10 inches...but of course, I was working, am working and will be working, so...no knitting...Inishmore is calling and calling, but it must wait.

That's one of my favorite shows too! I'm sending the CDs tomorrow..ya, yippy, fun, cool. ;)

Printed, offical charts ARE intimidating and they can take all your intuition out of knitting. I always think that I was a more creative knitter fifteen years ago when I didn't have access to as much information about it.

You're so smart! And the sweaters will be gorgeous. Can't wait to see Miss Dashwood all clean and sparkly!

I like that Zara yarn a lot! I am intimidated by charts still, but I am hoping to get over this soon :P

Can't wait to see the Miss Dashwood all finished up. *so cute*

Have a good Tuesday, Vicki!

Love the Galway hats. I need to do one for my Husband...and my son, and my daughter, and my brother in law....
What an inspiration!

Yay! I love this story. You've given me hope that perhaps someday I can master a chart myself. I linked to your blog, hope you don't mind. I love reading you!

I LOVE those hats and that sweater! Charts and cables are definitely on my wish list for the future. (Your models are gorgeous too!) Happy Tuesday!

I've had many thoughts like that~ very ambitious plans to finish all kinds of things before a certain day. The sweater does look great though, and would probably be the perfect thing to knit after St. Brigid.

Can't wait to see little Miss Dashwood! Those yarns are lovely. Charts...you were rather intimidated at first! You've come a long way baby. :) Now bring Miss Dashwood out for her debut.

I like to think that the chart gets me started, like a map, but I try to go out on my own as soon as I can - that's when the fun begins!