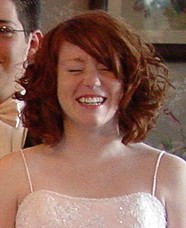 Ai had a really good time at prom.

It was a busy weekend.  On Saturday morning, I worked a couple of hours at the antique mall for my neighbor -- she could have used me for more, and I would have liked to have helped her out, but I had to spend some time with Turbo Tax.  I also knew that I'd be taking a drive with DH to check out a space that he's thinking of renting in a small community about 15 minutes from home.  It's a mostly sleepy farm town, but it's awakening -- there has been some new development and interest.  We took a totally unknown route out of town and just felt our way back to familiar territory -- one of my favorite things to do!  I love maps and I know how to use them, but I don't mind exploring and intentionally "getting lost" now and then.  I don't always have to know exactly where I am or where I'm going.  Which is a good thing because sometimes it seems that that's my life!

Then it was prom preparations.  All of Ai's friends met at our house, then we all went over to my mother's house for pictures.  She has a huge family room with fireplace (and she's a thousand times better at housekeeping than I am) and it worked great for the group shots.  I'll get some more pics together

Kt came home on Saturday night.  She'd had DH's van at school this week while her car was in the shop, and she decided that she may as well start bringing stuff home from school.  School's out for the summer (for her) in just five short weeks!  We did laundry, of course, and some shopping, too.

On Friday, I finished Goldie's sleeves while watching "Ray."  As of last night, they're both back on the needles, ripped to the beginning of cap shaping.  I had Kt "try on" the sweater and not only were the sleeves a little too short for her, the cap wasn't anywhere near what it needed to be!  Boy, I'd sure like to finish that up this week!

And there were goodies in the mail!  I was completely surprised to find a "three week" package from Connie containing Knitter's Little Helper Hand Balm.  Mmmm, it feels as good as it smells, Connie!  Thank you.  One of the pics on the card she made was of a very cute hat she knit using this free pattern from Knitting Pure & Simple, and I have to make it!  On Saturday, another "three week" present arrived from Ann -- a Tostetoes Drawstring Bag and she made it herself!  With pansy fabric!!  Thank you!  I'll get pics up this week.

This past weekend, my fourth non-smoking weekend, was much easier than the second and third.  The first was SO different -- almost unreal, as the focus was on just making it through the weekend.  Since then, the future -- all the rest of the weekends of my life -- have been coming into smoke-free focus.  Still a mixed bag of emotions and feelings, but I think I'm finding a more even keel.

Ali looks so cute. I want a full length pic though...please! So glad to hear weekend 4 went so well. Yea Vicki! The bag is fab, isn't it. Yea Ann!

I'm so happy you're doing so well in the non-smoking department. :) I'm so proud of you!! And you're admired by others (namely Justin) who haven't quite worked up the steam yet. You're setting a fine exampe! :D Lovies.

I can almost hear her giggle in that photo. Well done for remaining a non smoker, we knew you could do it.

Ali looks adorable! The dress looks like it is the perfect color for her. Can't wait to see the other pics!

Ali's glowing in that photo. ( More pics please) Those are very nice gifts - I think I have to make that hat, too. I'm enjoying the spoons as well. In our family we all gravitate toward favourite everyday objects...that's what makes a house a home.
Hey, one month. You're not a smoker any more, are you?

Ali looks so beautiful and SO HAPPY!

Yeah for getting lost and smoke-free weekends! Here's to a gazillion more!

What a darling daughter. Another friend of mine has been smoke free for 8 months! She stayed the course during a very hard time (lost her brother). She did it and is so happy for doing it and said it gets easier and easier. It will be the same for you!

And darn it, I've got to make that hat too! LOL...so many projects...so little time!

Congrats on the 4 week mark...you are inspiring so many other people to quit...

I watched "Sideways" this weekend and really enjoyed it. Very funny in a dark sort of way.

Ali looks fantastic, lots more pictures please.
Cute gifts, that is a great hat.
Well done in keeping up the non-smoking, its fab!

Sounds like everyone had quite a wonderful week-end! That's a beautiful pic of Ali!

She certainly is a cutie. You should be very proud of yourself for changing your habits.

I am in AWE of you on two fronts: quitting smoking (I'm in minor relapse... but not for long!) and knitting that unbelievably beautiful St. Brigid sweater. You are my hero of the day! Thanks for such a neat blog!

Ali looks so happy!.......and congratulations!!! Four weeks without a smoke is FABULOUS!! You go girl!!

so awesome that you're SUCCEEDING with this quitting thing! you know all the benefits, but actually doing it is amazing. and Ali's picture there is adorable. I can just hear her saying something like, "Mooo-ooommmmm!!!" Oh, wait, that's just my own flashbacks to prom pictures...

What a beautiful, beautiful photo! And tslk about gorgeous hair...ali's hair is stunning!