Oh, it's the twisty road!
Second verse, same as the first! 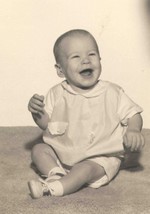 Smiles.  Kisses.  Even though he's back on sedatives and morphine and shouldn't really even have his eyes open, my brother was alert as can be under the circumstances last evening.  My SIL was so relieved, so happy, just elated to hug me and tell me that she'd locked eyes with my brother and he gave her a big smile, that she took his hand and brought it to her lips for a kiss and he pulled her hand back to his lips to return the favor.  ; )

After meeting very, very briefly with the neurosurgeon (happy birthday! surgery on Friday morning) before he was called away on an emergency*, I went in to see Michael with my SIL, my mom and my uncle.  His eyes were wide open and bright.  He saw my SIL and puckered his lips, and did the same when he learned that Mom was there, and again with me -- it was not an easy task to give him a kiss, but we did the best we could.  He tugged at my uncle's baseball cap to see what it said.  He tried to mouth words -- some we could decipher, some we could not.  "I love you" was easy!  He is not in pain; we asked.  He was inquisitive about the monitors.  My uncle told him a little bit about why he was there -- an auto accident, he didn't do anything wrong, it wasn't his fault.  I told him about how much his best friend has had to endure in our company, the things he's heard and the topics of discussion amongst a predominantly female crowd, and what a trooper he is; I got that "Geez Vick" look.  I can hear him say it in my head; I guess I get that reaction from him a lot.

He's back!  I had to tell him about the card I made -- he seemed familiar with it and I wonder if someone has shown him the things that have been stuck to the small bulletin board in his room -- and reminded him, in my big sister, "I can be the boss of you" way, that he has to behave and listen to the nurses and do what they tell him so he can get better and get outta there!

There's a makeshift stabilization thing on his head to keep him from damaging his spinal cord -- the C7 has deteriorated that badly.  I'm trying to focus on the now and the future rather than getting worked up over some other things.  Okay, like... I can't believe he'd have been cleared for much of anything with a broken neck and many more crushed, broken, fractured, cracked vertebra in his back, all the while wearing a body/cervical brace.  Why was he taken off all pain meds and sedation and writhing around in his bed all weekend?  Why was he sitting up, strapped into a chair on Saturday when he wasn't even close to being awake?  Was he getting rushed out of ICU for some reason?  Who, I wonder, would be the driving force behind such a thing?  I can't even write the scary words that accompany some of the next thoughts.  Don't think like that; focus, Vicki, focus.

I'm soooo happy to read this post! Hugs to you and yours, darlin! Still hoping and praying for a full and speedy recovery for your bro! (((((hugs)))))

I'm so happy! This is GOOD, Vicki! What is with the semi truck drivers in your area? Time for a refresher course?
xoxo all around!

I am so happy for your brother, his wife, you, and your entire family! It's been crazy with semis across the border here in Minnesota too. I don't know what is going on. My husband and son are driving to Chicago in a couple weeks and I just want them to get on a damn plane and fly, its so much safer.

So glad for the good news and your happiness. Baby steps here, kiddo.

Oh, Vicki, that is such great news! I know that there won't be full recovery overnight, but it's wonderful to see such a positive sign that your brother is still in there.

Your post warmed my heart. How wonderful for everyone to have your brother back.

One giant leap it sounds like and oh so wonderful to hear. The best thing you can all do is ask questions. Make sure you get answer to all your 'whys'. It's the only way we have to make sure the Docs and nurses know what they're doing. He can't have too many advocates.
A big smile and hug to you!

I heave a sigh of relief in your general direction. It must be so comforting to really see your brother again. Inhale. Exhale. Repeat.

I'm speechless, Vicki! What wonderful news for all of you. Your brother is so blessed to have such a loving family - you all will help him through.

What great news, Vicki. Just the beginning of much more of the same. We continue to pray during the long road ahead.

What a relief!! Still a lot of healing for that broken body to do, but inside, he's definitely alive and kicking!

Such excellent news. There is still a long way to go, but it sounds like a weight was lifted from all of you yesterday.

That is SUCH wonderful news. This brought tears to my eyes.

It was so GOOD to hear from you yesterday! BEST.MESSAGE.EVER!!! I'm not going to erase it. Don't think about the weekend. Concentrate on what's coming up. Your family seems to know the drill when it comes to hospitals and doctors and your presence there is most certainly a wake-up call to the staff. WE ARE HERE. WE LOVE THIS MAN. That can't be ignored and all will be accountable.

I'm so happy for all of you. Just wonderful.
Thank you for keeping me posted. My love to all of you! L, C

Happy Happy Joy Joy. I'm kicking up my heels for all of you!!!

Yeah! I'm so happy for you and your family, and most of all your dear brother. What a relief...and don't even get me started about semi-trucks!

Really Really awesome. That is soooo great. I've been reading obsessivly and praying for your family also obsessivly. I am so glad to hear of good news. Wooooo!

I am so happy for you and your family! It will be a long road back for him I'm sure but what an amazing support system he has.

That is SO wonderful!!! I am so happy for you and your family that he is doing so well :o)

Vicki, I am so happy for you and your family! Scary about all the accidents, though.

This just the best news! I'm so glad to hear it, and may there be much more good news to come!

So happy to hear the good news! Much more to come I am sure! Keep asking questions. Don't be afraid that you have, or someone else has asked them before. Let them repeat everything until you get it and believe it. Is it Michael's birthday Friday? Let him know how many of us are praying for him!

so so so good to hear this happy news! i've been following along closely and i'm so happy for your family! hang in there.

How wonderful you have your brother again! I personally think trucks have to have their own roads soon. I HATE TRUCKS. I know there are some very good drivers, but the physics of truck vs. anything smaller is just lose lose situation. One day at a time.

I'm happy to hear that your brother is doing much better!

That is great news! I'm thinking of you and your family.

I'm so happy to hear this! I hope he keeps recovering well.

I got here late tonight and I am so happy for the good news!! Just keep doing what you're doing and asking the questions. Everything will fall into place. Hugs prayers and happy dances all around!
and above all Keep on being that BIG SISTER! he will need it.

Vicki, I've been away from the blogs for a couple of weeks and missed all this about your brother's accident. I'm happy that he's showing progress finally, and my thoughts and prayers are with you and your family.

Vicki, I'm so sorry about your brother. Thank God he is on the mend. I am just now catching up with your story and I am so saddened by the whole account. Your family will be in my prayers.