Brrrr
To everything there is a purpose... or a repurpose 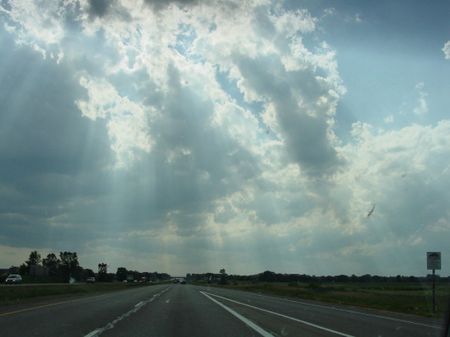 Every day is a "sky day," isn't it Sandy?  These were taken on Sunday afternoon, in the midst of a severe thunderstorm watch (nothing materialized in our immediate area). 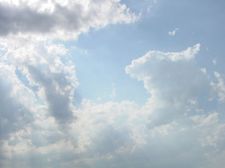 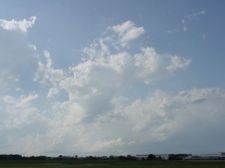 So dramatic and so gorgeous.

Ann asked, "What project do you have planned?"

I've been babbling, haven't I?  I know, it's a lot like Mitch Miller and his bouncing ball around here lately, except with the addition of hormones and teenagers and a missing pet.  Everything's fine now -- as of this morning -- and I should be used to it, as it happens from time-to-time, especially with indoor/outdoor cats -- but Roxie was missing all weekend and I've been working hard at staying on this side of frantic.  There's been a lot of talk about playing favorites in my midst recently (did anyone read the article about Siblings in Time?), and I must admit that Roxie is my favorite cat in many ways; just as is, in his own way, her sibling Scamp, and also Duncan.  (Mickey, of course, is my only favorite dog.)  I came downstairs to get my first cup of coffee this morning and DH, sitting in his chair, as usual, pointed to his lap.  Roxie was all curled up and I just had to go over and coo and pet and she purred (but didn't bat an eye) and, wow, that's a relief.  Also, Alison is home from her road trip to WV.  The hormones will just continue to be...

Heh.  So, anyway (the ball's back over here now), there was absolutely no planning.  This began as an exercise in sifting through and inventorying the stash with an eye toward the purging and letting go, which turned into contemplating a hank of this and a skein of that, mixed with a little Googling, resulting in a new downloaded pattern -- and there you go -- ultimately, there was casting on!  I just had to "swatch" after all that!!  More truthfully, it's a diversionary tactic linked to the procrastination thing about the purging project.  (Yeah, I purged like 3 balls of crap from the stash -- and I keep looking at it and wondering if "I'm sure.")  I've kind of stalled on the whole purging thing -- but I'll kick it into gear again!  I will.

And you may as well make it plural ("projects"), because TWO unplanned things started knitting themselves onto my needles over the weekend -- though I think of them as one.  They're the same, but different, like identical twins!  It's/they've kind of taken off on its/their own and I'm not sure how far I'll be going with it/them.

They are both Jane Thornley's Road to Indigo Vest.  At left (the blue) is the Hemp Yarn and Imagine and I'm going to have to come up with another one or two yarns -- hopefully from stash.  At right (the green) is the Blue Heron, along with the yarn from the frogged shawl, some very skinny green cotton, some blue merino, some chenille.  That hemp version is very "me," the other one is not.  It's kind of loud and raucous and a little bright (though not quite as bright as it looks in the photo).  Katie said that I'd have to get a whole new wardrobe, though I don't think that's really true.  I have plenty of complementary neutrals and black.  ; )

What the friggin' hell, you know?

I don't know if I'd ever have done this without having knit the Fibonacci sweater first (yeah, I know, finish the damned thing!), and without having read about, thought about, and had a conversation about using a Random Number Generator with the knitting -- and also looking at every ball of yarn with a Log Cabin thought.  I actually generated some random numbers for the green vest, but quickly, and rather randomly, abandoned that idea for this project.

A missing kitty is a scary thing indeed. So glad she turned up safe and sound.

Everyday is a sky day, indeed. I couldn't help thinking while reading your post that 'life is just a chair of bowlies'. Having had the same conversation about random number generators....I had to buy yarn for a future log cabin. It will be fun to watch your Indigo Vest grow.

Those are lovely swatches! Nobody babbles in a more entertaining manner than you do!

Admit it. I'm your favorite blogger, right? I mean, at least between me and what's her name. Right? RIGHT?

I'm glad your kitty is ok. I remember my cat hid behind the bookshelf, and I thought she was lost. I totally freaked out! Your swatches are very nice :)

That random number generator is a wonderful idea. I'll have to try it on one of my next projects. Thanks for the link, Vicki

I'm singing the Bon Jovi song, It's my Life. That's not a bad thing.
Every day IS sky day, sister! YOu've said it!
LOVE that sky. Very inspiring.