You are very sleepy...
Sweet dreams

Sleeping through the night

It's a good thing -- and not just for babies and their parents.  That's not to say that I didn't get up to go to the bathroom, that doesn't really count IMHO -- I've had three kids and it's been hotter 'n hell and I've been drinking a LOT of fluids, so when's the last time I did NOT get up in the middle of the night to go to the bathroom, that's the question -- well, anyway, it's all a matter of timing...  I must have awakened way too early or way too late to worry about anybody else's alarm going off last night/this very early morning! 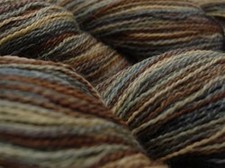 It was hot, I was cranky, the night got away from me and my living room was full of young people last night -- which is fine, but that displaces me -- so after I hunted down the fiber that I wanted -- I couldn't find it because, you know, I cleaned and organized recently -- I sat in the computer room, updated my iTunes software, listened to a couple of podcasts (I am woefully behind on those, let me tell ya, and they keep multiplying anyway), and cast on for the Victorian Shoulderette.  This yarn was my #1 choice -- baby alpaca, a gift from my secret pal Jessica last October -- even though I knew it wasn't anything like sportweight or fingering.  I just love this yarn and it's got to be something soon, but it won't be the Shoulderette; it's going to have to be something lacier.  It only took two tries to get it through my head (second time with the seldom used cable cast-on, much better than the first).  So then I started to wonder about lace patterns and did some surfing.  ACK!  It's so easy to veer off course!

OOohhh!!! That baby alpaca looks beautiful. Like something from Rhinebeck.

I have trouble sleeping through the night, too, but only because my cats insist on getting up at 5 because it's time for them to eat. Dern cats.

How goes it for the baristas? Mine needed a ride at 5:15am to open today. That's indecent in my book.

That laceweight is gorgeous. I hope you find something suitable for it. And the new shoulderette, too.

Still. Not. Sleeping. Through. The. Night

Thanks for your email today from my blog. I really really like the looks of that St. Brigid sweater. I'm in love with cables. If I ever get through this Rowan Kirk sweater that I'm knitting maybe I'll try something even more challenging like that. I was curious to see what yarn you knit it with and was surprised that it was Cascade 220. That's my go-to wool, but I love the texture/mottled color in your sweater.

Just have to let you know that all I did through this entry is nod, mmmmhmm, yes, nod, mmmhmmmm. I agree. With it all.
From the peeing at night, to the diet coke addiction, to the wonderous yarn, to being displaced by the young, to organizing and not finding a blasted thing.
YES.
But. Don't make me start nagging YOU too about drinking water and plenty of it. I am known in some circles as the WATER NAZI.
:)