I'm working on it 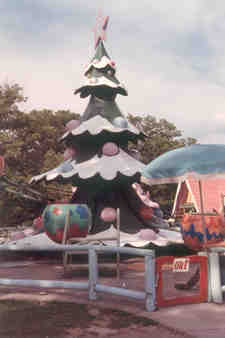 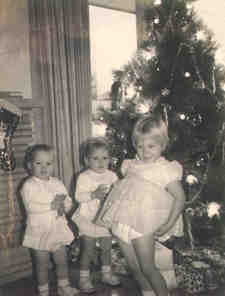 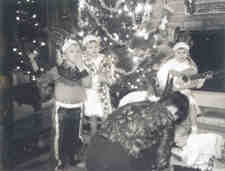 The now-closed Santa's Village in Dundee, IL, ca. 1967.  We went there with my dad, my dad's boss and one or two of his kids... no moms.  I don't think I'd remember it if it wasn't for the pictures and, even then, the memory is vague.  How cool is that tree-ride-thingy, though, huh?

At top right, I'm doing an imitation of my mother -- pregnant with Michael at the time.  My notes say Toronto, but logic tells me St. Louis.  We moved so much in those days, though... who knows?

We definitely had a good time on Christmas morning, no matter where we lived.

In that last picture, I was in second grade. It was Annie's first Christmas, so our first Christmas with our family as complete as it would ever be.  We were living in a rented house and moved into the first home my parents bought a short time later, a much larger "Colonial."  At the time, though, for a short while, I shared a bedroom in the rented three-bedroom with Michael.  The trap door to the attic, where the Christmas presents were stashed, was in the hallway right outside our bedroom door.  I remember waking up in the middle of the night on Christmas Eve, as Mom and Dad pulled the presents down, and spying the guitar in the attic -- I knew that it was for me.  I don't remember that it was something I really wanted or asked for, was hoping for or expected, but I knew that it was mine.  I was dreamy in bed, happy and excited at the discovery, and then, a moment later, disappointed that the surprise was ruined.  I ruined plenty of Christmas surprises in years to come -- on purpose -- 4 a.m. adventures to the living room, usually with Karen, to see what was under the tree.

A very merry Christmas to you and yours, Vicki! Hope you have a great time.

I love these old photos, Vicki! They look like Christmases from my child and Dale's, too.
Have a wonderful Christmas. Love to you all!

A very Merry Christmas to you and yours! Naughty girl you, peeking and all. LOL

Merry Christmas Vicki, I bet I have a few photos like that too.

Old photos are such a hoot -- and such a treasure. Merry Christmas to you and yours!

I think the first photo might be Santa's Village in Dundee, IL. We used to go there when I was a little girl.
Great pics and Merry Christmas!

Merry Christmas to you! Hope you are having a relaxing and happy holiday with your family. Thanks for sharing the great photos.

Here's hoping your Christmas was fabulous and filled with joy.

I love the old photos. I ruined a present surprise only once and learned my lesson! I think/hope I scared my own kids off sneek peaking with the sordid tale.
Hope you are having a great holiday!

Hope you had a wonderful Christmas, Vicki! I love that pregnant pose. Hatched in a little girl's innocent imagination. Too funny. What did your dad do that you moved so much?

Very fun photos. It was such a magical time for me and my brother, too.