Party-pooped!
All that remains is the faces and the names

Is it Friday yet?

Ha!  I had a great weekend away -- the weather, the company, the food -- couldn't have been better.  I am really looking forward to spending next weekend at home, though.

A couple of photos will have to do today... I've got lots of catching up to do!

No trip to the lake is complete without a pic of the deer across the road. 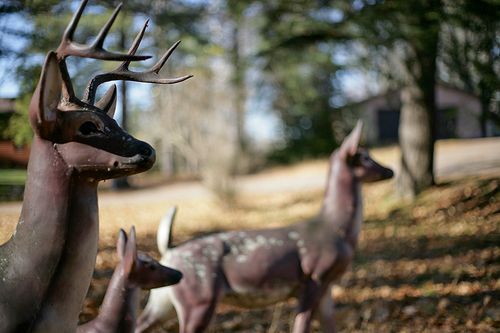 Mike and his dog, Sam, below. 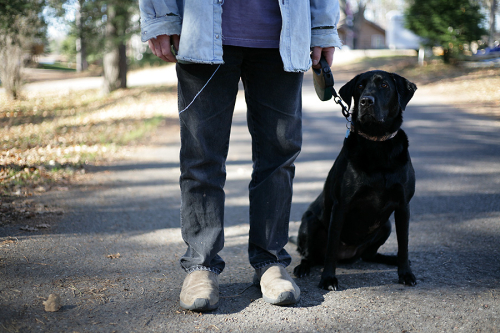 No one was around when I arrived on Friday, so I unpacked my car and put stuff away, then settled in with my knitting.  Michael came in -- he'd arrived earlier but had gone to get worms.  He gave me a little woolly lamb made of sherpa with a ceramic base and face -- he and his wife thought of me when they found it -- and told me that Sam had shown great interest.  I set it on the table next to me as we continued talking.  Sharon and Ann came in and I noticed some white fluffy stuff and broken bits of ceramic on the rug as the commotion of their arrival died down ... little sheepy remains!