Haha!  I just read my post from last January 1st and I'm thinkin' that a New Year's Day nap is well on the road to tradition.  I read a book about trains and another about The Grouchy Ladybug and another called Chicka Chicka Boom Boom -- those last two were borrowed from my collection and it's been years since I read them.  Then I snuggled in with a little boy, his stuffed polar bear, and the pig from If You Give A Pig A Pancake and we took a two-hour nap together!  I'm pretty sure I fell asleep first, so mine might actually have been two hours and five minutes.  Man, was I tired.

Last night we did this: 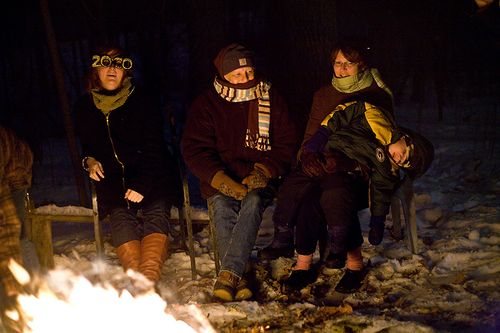 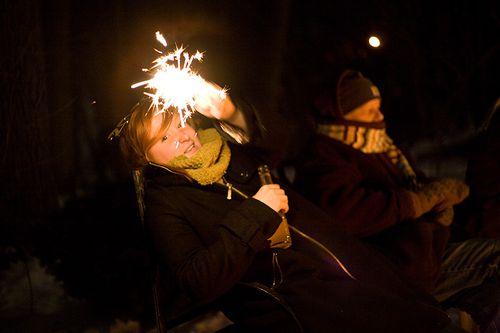 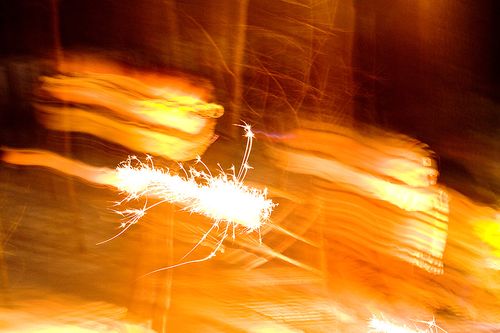 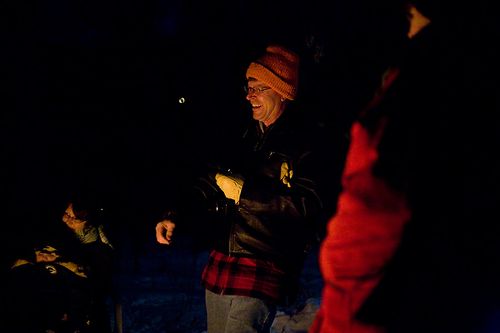 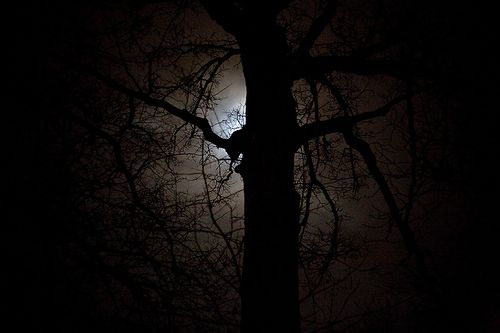 I don't really know what to say about the new year... the new decade.  I've been thinking about it a lot.  I had such a great December and Christmas was so wonderful, but the last week of the year has had some rocky patches -- not for me (the year ended great, remember?), but for someone close to me and, oh boy, it has affected me.  I was blind-sided and it kind of knocked me off-kilter -- I was happy and they were not, I had great things to share and they did not, I felt loved and cherished and they did not -- and suddenly I found myself plunging into the gray area where everything is called into question -- e.v.e.r.y.t.h.i.n.g -- examining, analyzing, scrutinizing, wondering, pondering, worrying, unsettling, which way we goin', and what's it all about... Alfie?

I hope it is a happy new year.  The past year has had some highs almost as high as you can go and some corresponding lows.  Madeleine became an adult, graduated from high school, made a stellar start at college; Alison bought a business she liked, is growing it into one she loves, owns the building that houses it; Katherine found a job she loves, works with people she likes (a lot), moved into her first apartment.  My sister began her battle with cancer.  Perspective shifts, priorities change, family draws close.  We did some fun things.  I was busier last year than I've ever been -- too busy -- but also happy; I've been thinking about priorities, wondering what/if I'll let go; I worry about stupid stuff.

It's always a work in progress, right, Vicki? I'm sorry someone close to you is hurting. Here's to JOY in 2010!

Happy New Year! There is so much in life that can blind-side us and knock us off kilter, but you have a great family base and that keeps staying up-right easier. The very, very best to you in 2010!

Happy New Year...I know what you mean by off-kilter...I saw how what was happening in my life last year threw others off-kilter...and honestly, I desperately wanted to hear that something good WAS happening in their lives because it gave me hope that something good would once again happen in mine. Don't be afraid to share your happiness...happiness can be infectious!!!

I love what Bobbi said above. Happy New Year!

I want to be articulate enough to say what Carole, Margene & Bobbi all said, but I can only say, "What they said!"

Happy New Year, Vicki! And truly, don't be afraid to show your happy. I am told over and over again by more than one someone in my life who have very tough roads that they so look forward to my newsy, chatty emails and savor them and read them over and over again because they are happy.

Life has a way of taking us to The Edge. It's how we step away that makes all the difference. (And sometimes, it's how we accompany others when they're out there on The Edge . . .that's more powerful than we can ever know.)

Your family is very hardy, as evidenced by a bonfire on New Year's Eve. Y'all can survive anything life throws at you. Be well!

Happy New Year Vicki! I hope that the new year brings you peace and joy.

So sorry to hear that something in your world is amiss.....you have a great family to help see you and your friend through it.