The babies part was fun; the bugs, not so much.  There was also cooking.  But let's start at the beginning.

I had the most wonderful photo shoot on Saturday morning (little preview here), ending a bit of a photography break (at least as far as people are concerned, but I guess in general a little bit, too).  A repeat customer, the session had its challenges, but was oh so rewarding!  Six months ago, I had a newborn (with personality) in my viewfinder... 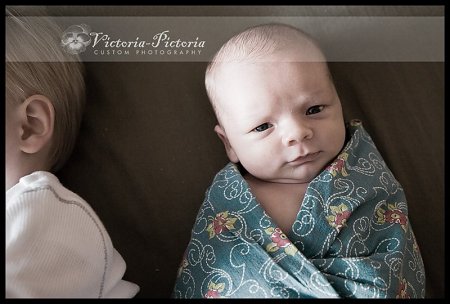 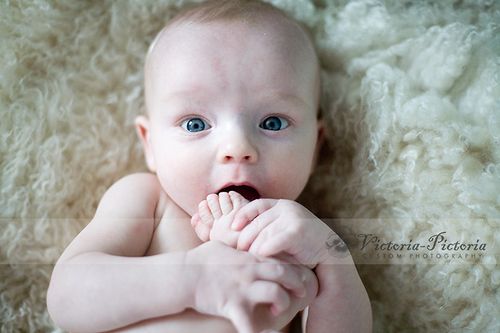 What a difference six months -- arguably, the most amazing months -- makes!

I was on weekend kitchen duty.  I didn't want to be, but didn't really have a compelling argument as to why not.  So, I cracked open the Flat Belly Cookbook -- it's my go-to (plus, I really want to drop a few pounds... NOW!) -- and found a recipe we hadn't tried yet, Creamy Seafood Casserole.  Saturday was also the start of Macro May on Flickr, so, of course, I took pictures.

On Sunday, I made another untried recipe from the same book, Crab Primavera with Spaghetti, except ours was sans crab (we had grilled turkey burgers on the side) and with low-carb linguini instead of spaghetti (because it's what I had).  OMG, what's not to love about roasted veggies tossed with with fresh basil and tomatoes, and cooked pasta?  If I'd been smart, I'd have thought to roast the veggies on the grill!  (Next time.)

I recommend both recipes with enthusiastic thumbs-up!

On Sunday morning, I had another photo shoot with a 3-month-old baby boy.  I haven't finished developing those photos yet, but they should be ready before long.  Oh, the sweetness!

I wanted to get a little yard work done on Sunday afternoon, but it was SO nice (nice on Saturday, too, but so windy) that I took a little time to just sit in the sun.  I have the pink shoulders to prove it!

The sunning didn't last long -- I never did worship the sun much (though I was thinking that a nice, comfy chaise could change all that).  I got off my butt and started some weeding in the succulent garden.  The weeding quickly evolved into ant eradication and further descended to unearthing a bees' nest.  I remember now why my interests may have wandered elsewhere these past few years.  Bugs = BIG ICK!  I dug stuff out -- including a grub, or maybe it was the queen of something -- and shook off ants for as long as I could, and then handed the shovel to DH and hit the shower.

Phew! i thought we were going to get macro bugs at the end of the post...I certainly dug up enough grubs this weekend to last a life-time.
I certainly prefer the babies, he's adorable! and the recipes, yum.

Recipes sounds yummy.
Smith is about to find out the joys of gardening. I'll keep him away from your blog fro now.
The baby has the funniest look on his face. How fun for you!!

Great photos as always! Did you use your 50mm macro lens? Bet the seafood casserole was a big hit---sounds good!

Adorable baby, and I *love* the macros of the hen & chickens :o)