Our last full day in Vegas... 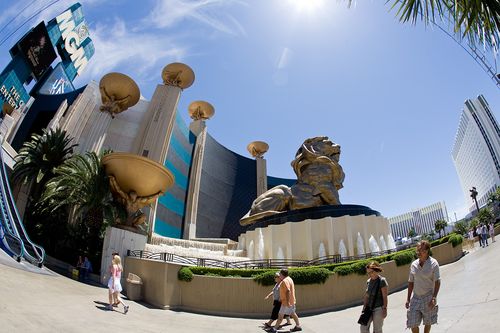 ...was a day of touring by various methods.  I'd forgotten that #1 on my list when we had the car was driving to the iconic "Welcome to Las Vegas" sign.  I really wanted a match for Osh Vegas!  I knew it was a bit of a hike from Planet Hollywood... but too far??  We decided to walk in that direction -- we hadn't gone that way before -- past MGM, toward M&M World, and ask someone who looked like they might know if a) it was walkable and b) within walking distance.  I asked a store clerk, who hemmed and hawed a bit, but in the end we all decided it was -- or, if it wasn't, we'd just turn around or catch a cab or a bus or something.  We bought a day-long bus pass along the way. 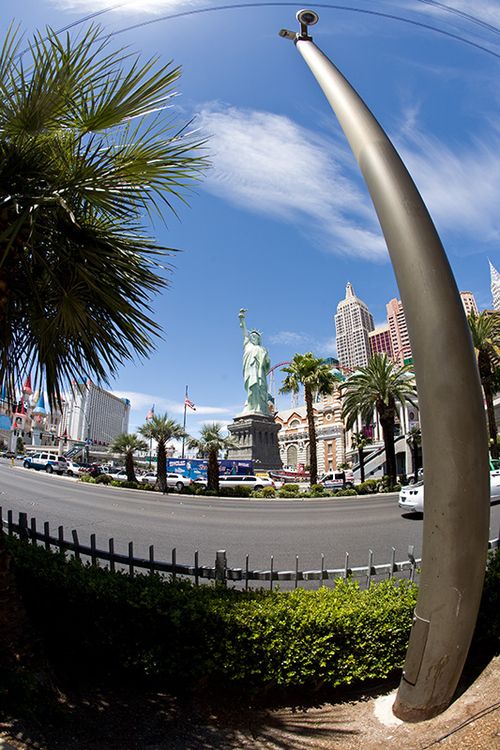 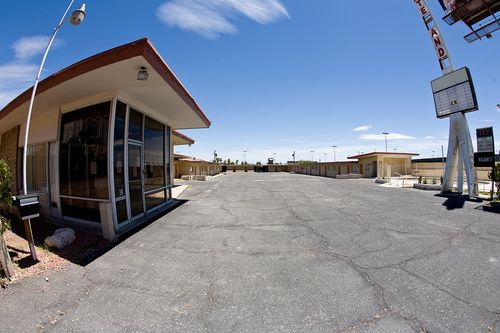 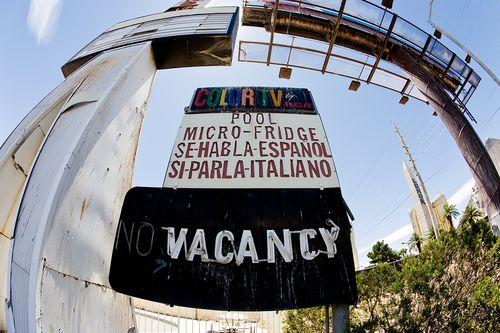 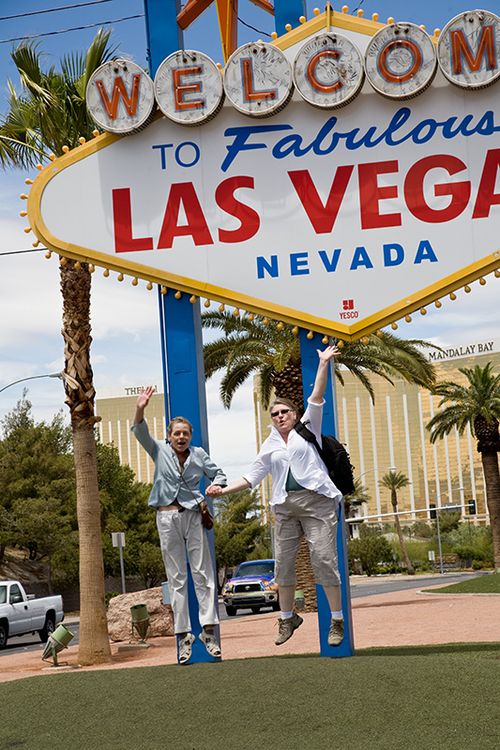 It was a long walk in the morning sun, past long-gone hotels and casinos, not always on a paved sidewalk, but not battling any sort of crowd, and we made it!  Jumping for joy! The whole bus thing on that end of town was... well, I suggest figuring out how it works BEFORE the buses start going by.  We walked back up a ways and eventually caught a Deuce.  We had front-row seats on the upper deck and a somewhat entertaining driver who left the PA open, so we heard some interesting goings-on from passengers below, and decided to take it all the way up -- the poor man's tour of The Strip -- figuring the bus would just turn around and head back.  It sort of worked like that, but kind of not.  In hindsight, we should have stopped at Fremont Street and caught an Ace back; instead, we disembarked and reembarked on the same bus (front row seats again, tho!)... and it was a very long tour.

By then, we were hungry!  We had a little something to eat and took some time to rest at the hotel before heading back out again. 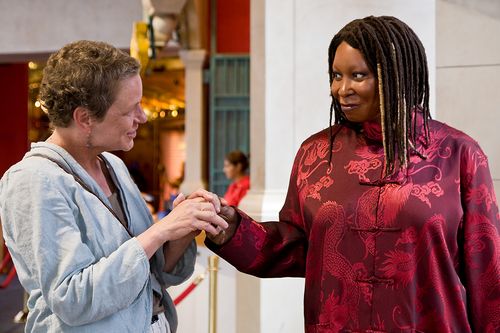 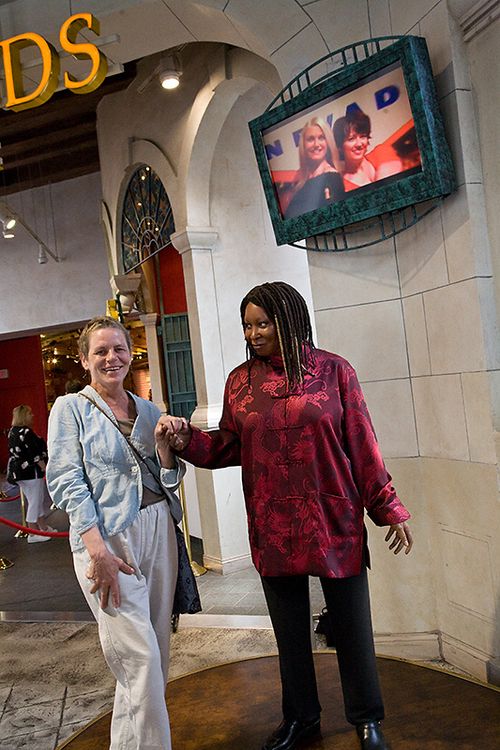 We walked up toward The Venetian, where Sharon (a fan of The View) met Whoopi Goldberg outside of Madame Tussaud's. 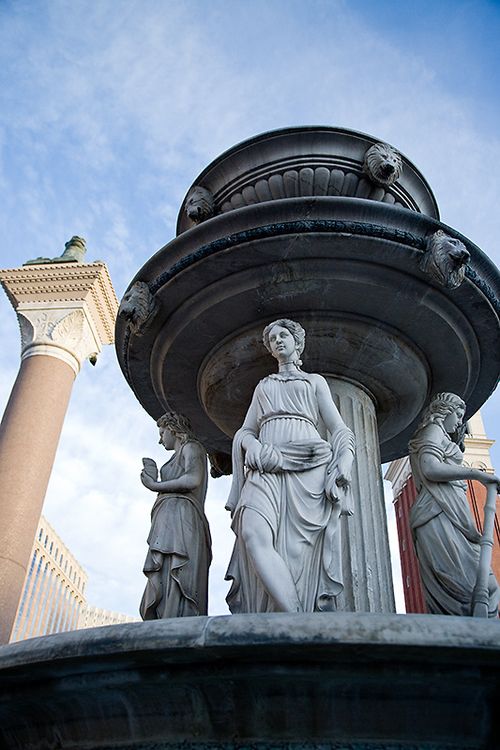 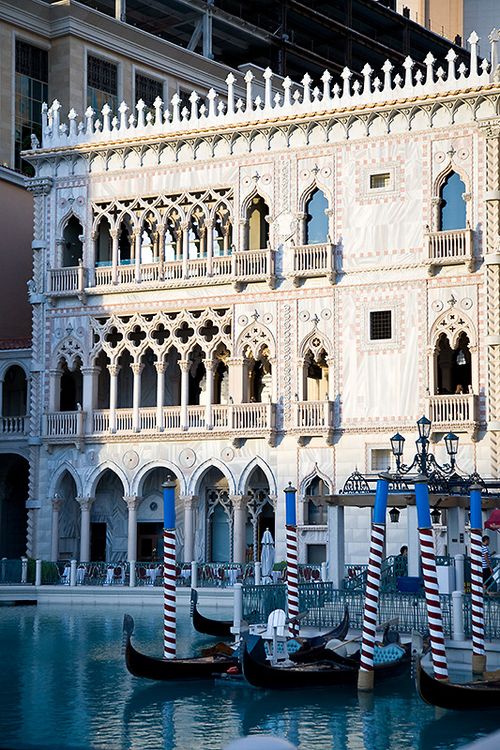 The final destination was Fremont Street Experience, as recommended by our brother and several others.  This time, we caught the Ace bus (there and back) for a much quicker ride! 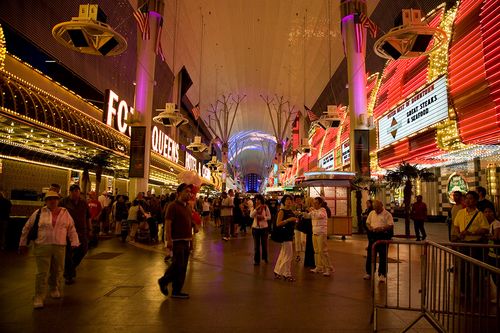 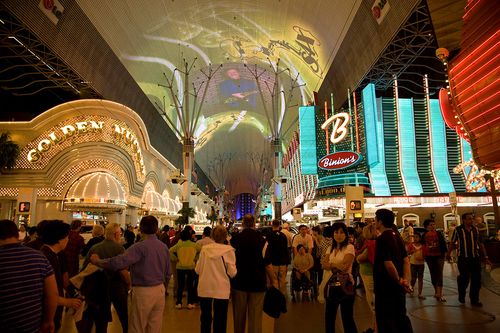 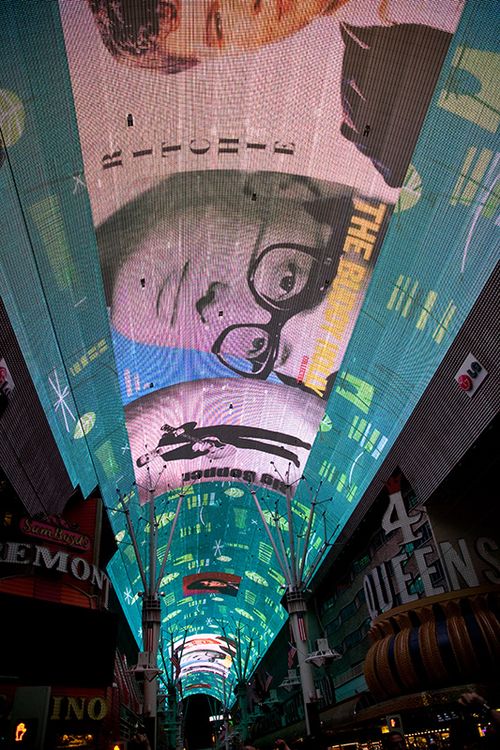 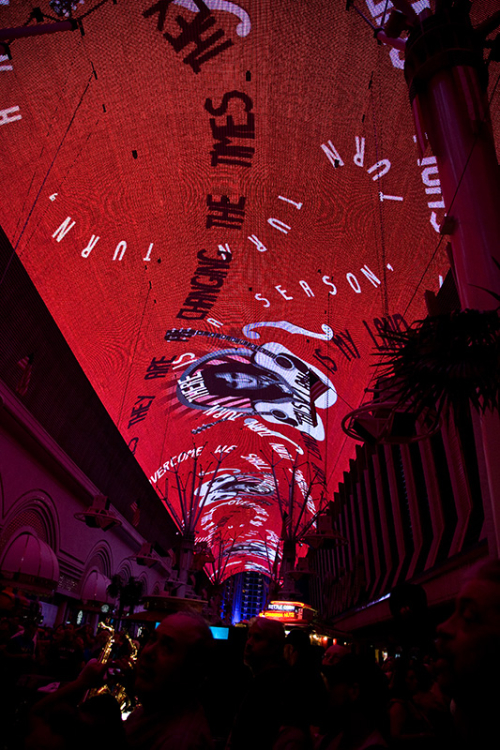 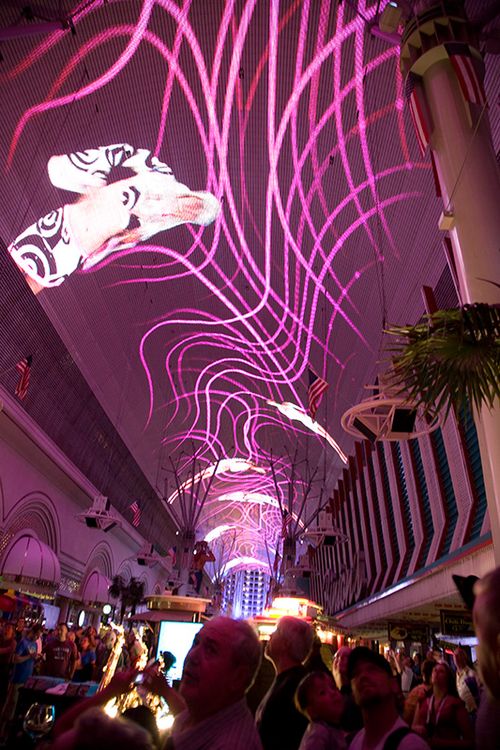 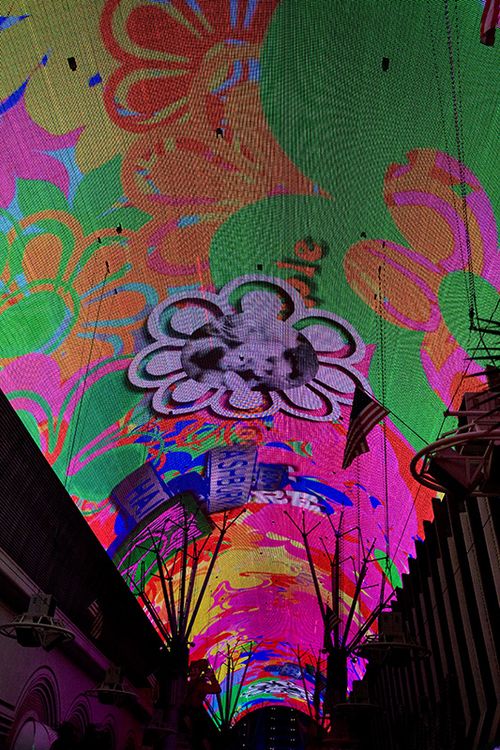 We saw (and these photos are from) the Don McLean's American Pie show.  We also saw Doors Strange Days, but I only listened and watched that one.  Worn out and with a 4:30 a.m. wake-up call looming, we didn't stay out too late!

I had a fabulous time in Fabulous Las Vegas!  Thank you, Sharon, for the idea -- and for letting me run with it!  For one who doesn't often plan these things, I think I planned well -- and, more or less, things went as planned.  I left wanting more -- there's plenty that I did not see (neon graveyard, for one BIG thing) -- and that's a good thing!  About the only thing that could have made it better was coming home having won a little jackpot -- just a little one!

Tom Jones at the MGM Grand in August.  Just sayin'.

We never made it to the sign and I was bummed about that. Fremont St is so cool and I loved the wax museum, too. The public transportation leaves a lot to be desired!

Thank-You so much for planning our trip, I give you a A+ and I really enjoyed not having to think about that part. Just taggin' along, so much to do ! I should have taken photo's of you though.
Tom Jones ? Karen ?

The way to see Vegas is through Vicki's eyes!! (And camera lens). Love it. I'm so glad you had a great time.

You girls really had a ball, I can tell!!!! The photos were fantastic. I especially like the ones taken with the "fish-eye" lense. Aren't you glad you got that for the trip?

OMG, Tom Jones! GO! We saw him a couple of years ago. He still does a fabulous show.

You hit all of my favorite spots in LV. I can only stand about 4 days of the glitz and clamor before I'm ready to go home, but it's a great adult Disneyland.

You had such Adventures! What a perfect get-away for you and Sharon. Looks like a whole lotta fun!

So glad you enjoyed your trip. Michael and I want to go back next June and re-live our honeymoon. Can't believe it will be 10 years!!