There's been a lot going on -- mostly really great, or good, or so-so stuff -- and I'm pretty excited about some of it on the inside, but sort of ho-hum on the outside.

Before I go any further, I have to say:  F-Troop, Hogan's Heroes, and Lassie!  I can't believe I forgot them and that's what's popped into my head these last couple of days when I thought about blogging!

Carole blogged about her stats today, which is apropros because I had a recent contest somewhat related to stats, Carole was the winner of said contest by leaving the 16,000th comment here, and I've been meaning to blog about it!  I believe the final touches on her prize package were made yesterday, but I haven't sealed up the box yet, just in case... I plan to tape it up and send it off on Saturday.

Carole visits here pretty regularly; I've had occasion to meet her in person, too, rubbing elbows at the hotel reception desk in Poughkeepsie or in line for Artichokes French at Rhinebeck, but I've not had the opportunity to really visit with her -- and I'd like to -- so I hope that happens someday.  In the meantime, Thanks for visiting, Carole!!! 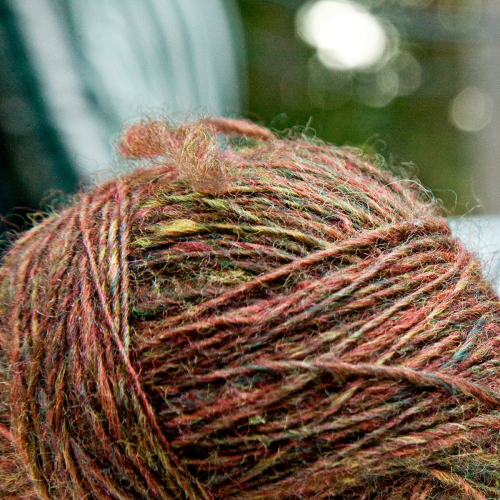 My Typepad "stats" page gives different information than Carole's blogging platform.  I can tell you that there have been 549,856 lifetime pageviews since this blog began on the First Day of Spring 2004; the average number of pageviews each day is 236.8; I've written 1820 posts and, as of this second, there have been 16,060 comments -- and I have NOT answered each and every one.  Sorry.  I really am.  It bothers me a lot, but I've had to learn to live with the guilt.

It's not really the same, but my guilt is somewhat assuaged by the fact that there have been virtual stampedes through here on occasion without a single Howdy-do.  I was shocked to discover a HUGE spike in visitors over a 3-day period last month -- more than 5 times the usual -- and I had absolutely no clue until I randomly checked my stats several days later -- Typepad shows those pageviews on a graph, so it really was a spike!  It was kind of weird, but I sort of understand... I'm a lurker to the nth degree, myself.

I don't know which of my posts have had the most action -- I'm guessing maybe one having to do with quitting smoking, maybe St. Brigid, or maybe my brother's accident, possibly my recent knitting obsession having to do with sock yarn and board game-inspired blankets.  I can tell you that the most views (1399) on any one day here was March 11, 2009 -- but I have no idea what that was all about; it couldn't possibly have been because of that day's post because it was virtually nothing.

Whatever.  Stats can be interesting, but it's the folks blogging to make money who REALLY care, regularly check, interpret and dissect them -- it's just for occasional entertainment over here. 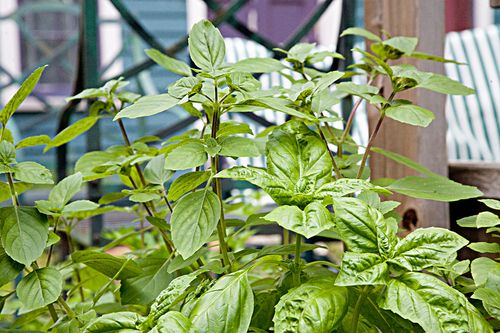 Oh my gosh, can you smell that basil?  Mmmmm.

Mmmmmm! I CAN smell that basil . . .right through the computer screen. (Yum. Basil really is one of my favorites!)

Thanks for blogging, Vicki. I always love what you have to say -- and your photography is fabulous. Thanks for sharing your life with us.

Yay, Carole! She visits so many of us on a regular basis. We started blogging within days of each other...I remember it well!

I'm so glad we've met in person a couple of times but I would love to sit and knit and chat for a good long time with you! I can't wait to see my prize package!

A spike like that probably resulted in someone famous linking to you. The Yarn Harlot linked to my blog once when she was going to make a Noro striped scarf and my stats went through the roof for a couple days.

I enjoy popping in to see what you have to say, looking at your beautiful pictures to see whats going on with your weather, weird I know!

I've often been one of those lurkers, but I'm trying to do better...and yes, I can smell that basil.
Ahhhhhh...

It's what I love about blogs -- I visit on a regular basis (sorry I don't always say hello) and I feel like I'm part of a connected circle.

that basil - and the yarn - look amazing in the photos. I'm always amazed at the stats on my blog too - So many visitors, so little commentary! But doesn't it make your day when you do get a few -- :-)