Ten on Tuesday:  10 Things to Do Instead of Watching TV 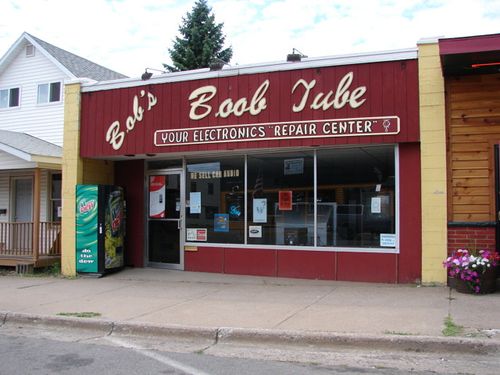 I've been thinking about my TV viewing quite a bit of late, as I'm growing ever more serious about cutting the cable.  I even called last week and priced some alternatives.

I watch a fair amount of TV -- sometimes more, sometimes less, sometimes hardly at all -- I always have and suspect I always will; frankly, and with no apologies, I LOVE TV.

Currently, I'm loving the reality shows that have to do with creativity -- So You Think You Can Dance, Dancing With The Stars, Project Runway, Top Chef, Iron Chef, Hell's Kitchen, Cupcake Wars, etc.  Also Glee!  (I love musicals!)  The Closer.

What's not to love?  My viewing is cyclical and sporadic -- very much influenced by the other things going on in my life and, especially, the weather/seasons.  The DVR is one of the best inventions ever, and so is high-speed internet, streaming video, Netflix, and a whole bunch of technology that at one point in my life I'd have been totally up on but I lost the trail a long time ago, so, yeah...

It was always sort of a treat to watch TV when I was a kid -- I had more of an awareness and desire of TV programs than I ever had regular viewing time -- and have some vivid memories of what I missed -- like The Beatles on Ed Sullivan because we were visiting my aunt and, despite my silent prayers, left for home just as the show was starting.  Dark Shadows was forbidden at my house -- which made it ever so delicious to catch an episode at LuAnn's house!  I don't remember my mom and dad ever watching much -- Dad like boxing and Sunday afternoon football, often the news (Walter Cronkite), special events (astronauts on the moon!).

When I was about 11, our TV (black & white - the only one we had) shorted just as summer vacation started and my parents didn't replace it all summer.  I read a lot that year, and helped Mimi (who was a few years older than me and lived across the street) organize a big neighborhood carnival in our yard.  I think that was also the year I tried volunteering -- first as companion to a rich widow (I just walked right up and knocked on the door) and then, when told that my services weren't required there, at a nearby nursing home -- where I was also turned away, told that I was too young.

What's a kid to do, then, but build forts, form air guitar bands, and put on shows in the garage!

Haha!  This has been fun.  Without further ado, my list:

1.  Go to a local Farmers' Market -- most are held on Saturday mornings, but around here there's at least one weekday morning market that I know of, and I think there's an afternoon/after-work market nearby, too.

2.  Cook something using ingredients acquired at the Farmers' Market!

5.  Plan something and/or make a list -- things-to-do, groceries, a menu, vacation, knitting projects.

8.  Start something!  You know, one of those other things you've always wanted to try... or get back to.

9.  Purge something -- a closet, the junk drawer, filing cabinet -- it feels so good!

Oh yes! PURGE! That's what I need to spend time on. It does feel good to be rid of all that junk.
Your memories are always enjoyable to read and many of my own come to the surface. Thankfully, when the Beatles were on Ed I was able to run next door, from my grandmothers, to my uncles house and watch with my cousins. They were older and not happy I was there, but I didn't care. I HAD to see the Beatles. I remember many of the same shows you do but my TV time was very limited (by my mom). The TV was banished to the basement and she kept a keen eye and a time clock. Now, I've gone off down memory lane. Thanks for the memories, VIcki!!

Another Dark Shadows fan! #1 Son recently emailed me that Tim Burton and Johnny Depp are making a movie of it next year!

Great memories of old tv shows! I love tv too and wish I didn't feel guilty about watching it. I know one of the Cupcake War competitors, by the way.

The list was great but I liked reading about all the shows you used to love even more. Lot's of memories there. I watched many of those shows and many I wished I could. My mom was super strict about bedtimes - even into my teens - and very anti-tv. I remember watching Fantasy Island many times while babysitting and when my eldest was little she loved Home Improvement. Good memories.

Oh, like you, I've been working towards ridding myself of cable. But I am a news junkie. (I know)

I love the purge something idea. And the plan menus/grocery list/cook with Farmer's Market produce.
But I'd replace the bike ride with yoga practice!
(((hugs)))

From one 51-year-old to another. . . I watched ALL of those shows. All of them. (My house WAS the Dark Shadows house. . . my mom watched it with us!) Great list, Vicki!

Nice list!! I started this today too! I will admit to watching too much tv as well! ;)

I haven't had a TV for years and I seem to get a lot done without it. But you forgot and obvious one on your list:

Oh, what an EXCELLENT tv watching list!!! I watched most of the same shows, and now find myself being much more selective - Glee, The Office (although really, what can they do without Michael Scott at the helm) and Seinfeld re-runs...

such fun - thank you!

Jeez, I watched a lot of those shows, too. It's frightening to think how many hours out of my life have been devoted to it.

I still watch a lot of DVDs (Dark Shadows, included!), but at least now I knit or paint at the same time. Still, I wish I spent more time reading and doing things outdoors.

I haven't updated my blog since April. Maybe I need to make my own list--thanks!

Hey, it's nice to see you blogging again.