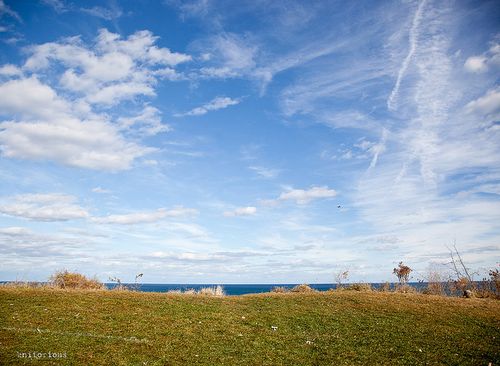 A week ago today, DH & I went to Milwaukee.  He drove, I cast on my second inner Dimorphous Mitten. 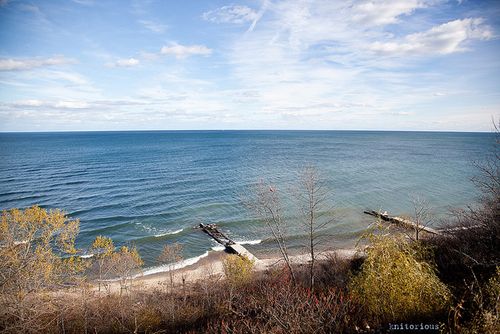 First stop:  Zeidler Municipal Building for an official, embossed, signed, sealed, and delivered certificate of my birth.  CHECK!  (And so quick!) 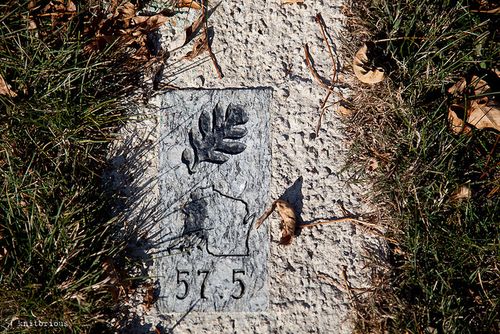 I browsed the market and bought some snacks before we headed for Sheridan Park on the lakeshore. 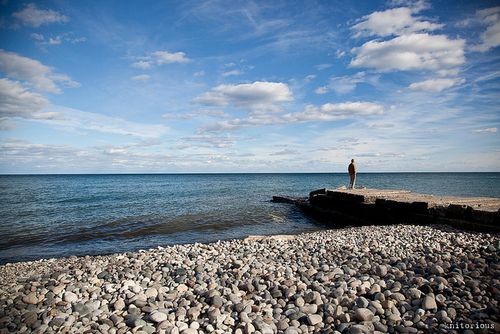 We took a walk, looked out over the bluff, watched some planes and geese, said "Hello" to some dogs, and found a place to walk down to the shore. 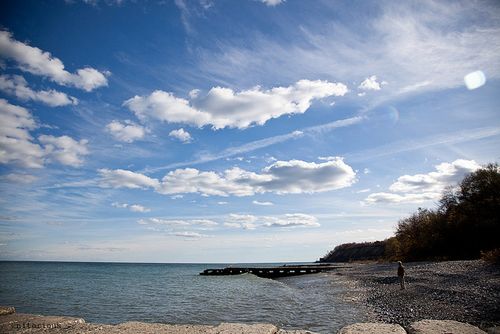 Boy oh boy, it sure was a gorgeous day! 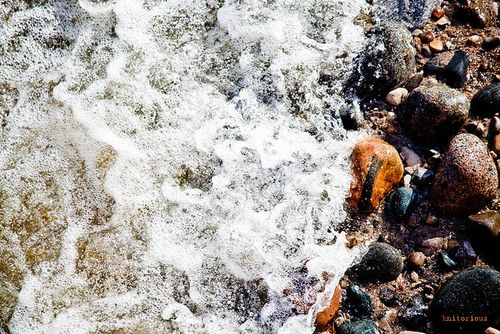 DH dropped me off at the airport where I awaited my flight to the Left Coast.  I've been to WA/OR/CA a couple of times since we moved from Oregon to Wisconsin in 1986 -- we all flew for a visit in '88 when Ali was about a year old, and took the Amtrak in '91 when Maddy was only about 8 weeks, and did Big Sur/Monterey/Disneyland in '96, and my sister and I drove Katie in '03 to begin her college education at Humbolt State University.  DH has been to CA many, many times over the years -- often one of the kids would accompany him -- to do art shows, visit galleries, and get a vital saltwater fix!  This is the first time I've headed to the west coast by myself since 1983 when I loaded up my red '82 Firebird and pointed west... and, actually, that's not true because I think my sister drove with me that time, too!

At least you have beautiful pictures to remind you of your getaway. Can't wait to hear more!

Wow...Beans & Barley is still there? I remember when that place had a major fire and everyone was worried that they wouldn't rebuild and reopen - I don't think I've been there since. Glad you enjoyed it!

Such a beautiful day! Can't wait to hear the rest of the story!