It's a whirlwind over here!

More accurately, on Sunday evening, it was a tornado. One minute we're storm-watching on the porch, the next minute -- sensing that it was *time* (pretty much just after we heard a big bang, all the lights went out, and stuff started hitting the windows) -- we're in the basement. We were only there for a moment, and when we came up we could see siding, shingles and insulation littering the yard, in the trees, all over the street. There was significant damage to over 100 homes -- two of them on my street, exactly one block away! I believe it's five homes that will need to be razed, and one of those is only another three-block walk. Power was out all night, finally restored at 6 a.m. There were lots of downed power lines, and many trees were lost. Luckily, there are barely buds yet, much less leaves, on the trees -- that would have made a drastic difference.

Meanwhile, one last (for now) batch of photos to share from our vacation. This was on Sunday, April 3rd -- Mothering Day! From the first day in London, I'd noticed advertising in shop windows and quickly realized that I'd get to celebrate Mother's Day twice this year!!

We drove from Betws-y-Coed back to London on Sunday, dodging rain and making a few stops along the way. 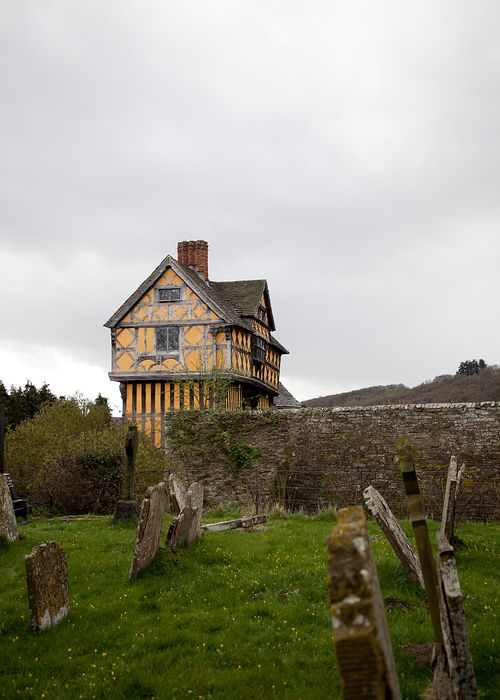 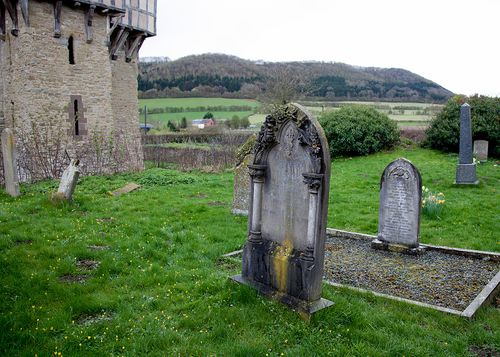 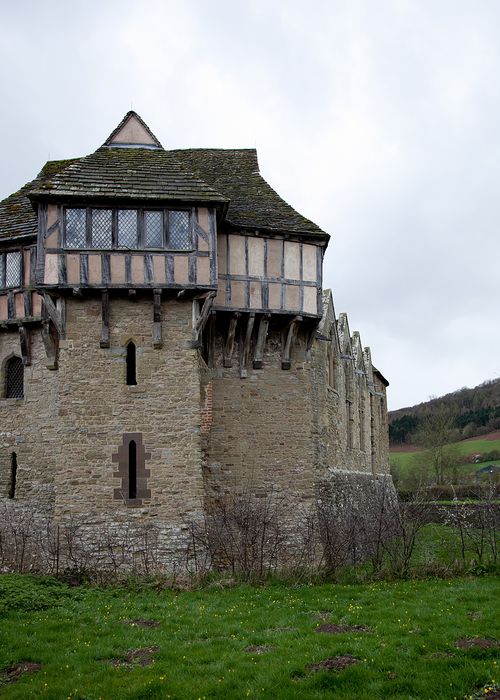 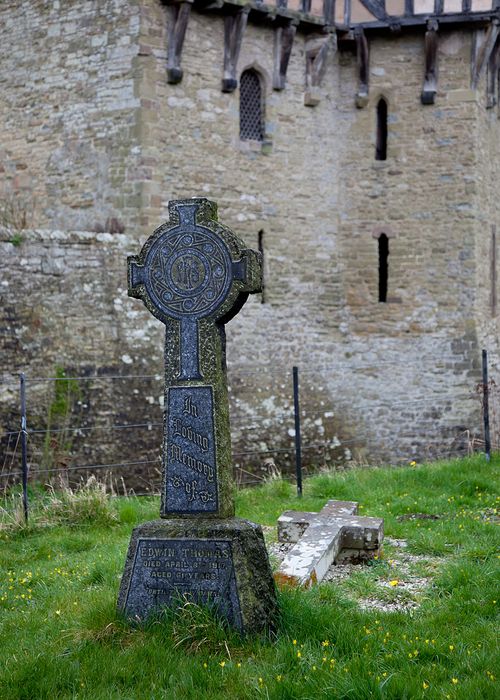 We stretched our legs on the grounds at Stokesay Castle in Shropshire. 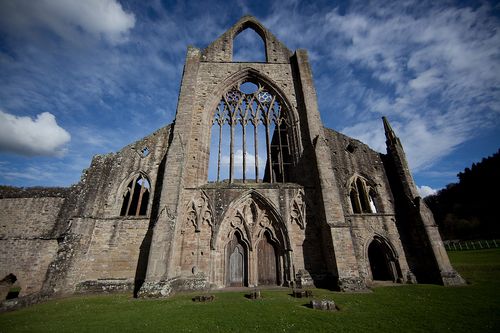 And we did finally make it to Tintern Abbey, but with only five minutes before closing we weren't allowed entry. All of my photos were taken from this side of the gate. It never even occurred to me that it would be an "admission" sort of place. Too bad, because the weather had improved and the late-day light was just starting to get interesting!

*I* drove back to London -- well, to Wembley where we returned the car, just as departing traffic from a football event at the stadium was at its peak! We wrestled our bags onto the tube one last time to Regent's Park Station on the Bakerloo Line. ("The Bakerloo Line" is one of those things I like to hear -- and say out loud -- repeatedly. Betws-y-Coed, Tal-y-bont, Bryn Celli Ddu are others.) We kissed Katie good-bye at 5 a.m. on Monday morning and loaded bags into a taxi for the trip to Heathrow!

It's been over a week since our return and I am still on a vacation high -- and absolutely cannot wait for next time! Kate returns this afternoon and has another week's worth of her own adventures to share -- including a day with Maddy before her departure on Saturday for the continent (Brussels until yesterday, Trier as of today; Strasbourg and Frankfurt yet to come) and standing in line for hours in the early morning to score a ticket for Frankenstein!!

I am just SOOOOOO impressed that you dared to drive. It's so wonderful -- you got to see so much more this way -- but even after living there for over a year, I was only just BEGINNING to feel that I could *maybe* brave it. As it was, I was always getting into people's cars on the wrong side (I was the passenger, but forgot they would be driving on that side), leading to many head-slaps. I just don't know if I could have done what you just did! I guess the GPS must help gobs nowadays, but still!

Scary and SCARIER the tornado!!!!

SO glad your family is safe! What a scary storm. You have the perfect eye for photographing GB. I wish I could hear you say the place names out loud.

I love your vacation photos. They make me want to Be There.
Don't envy you the tornado, though. I was right 'beside' one once when we were cottaging and once was enough. It sounded like a train was right outside the window.

Love your photos your tripi.

I am so glad you are safe - tornados are VERY scary because they are so unpredictable. The contrast with the peacefulness and timelessness of the vacation pictures is...I'm not sure what. I just find the juxtaposition interesting.

I am so glad you are all safe and your home wasn't damaged. That was way too close for comfort. More great photo, Vicki. I bet you'll be glad to get Katie home!

I am so glad you were aware and took cover. How scary!! The weather is so volatile right now. We were in the 70's two days ago and 33 today, expecting snow tomorrow. Record floods to the north and south.
The vacation pictures are beautiful!

Tornados are scary. So glad that one missed you, and so sorry for those who got hit.

Driving on the *wrong* side of the road isn't so hard, is it? Just keep yourself (the driver) right next to the center line. Parking lots and driveways are tougher -- fewer landmarks. Good for you for braving it!

So glad you're safe and sound! I've enjoyed your photos so much - what a wonderful trip!

I'm glad your place didn't get a direct hit, but sorry to hear your neighbors did. Life is pretty unpredictable - it's good to grab wonderful experiences like your vacation when you can.

And that shot of the abbey? Looks like a panel on a sweater to me, or maybe a shawl.

Glad you guys are okay...