Hi, back in Scotland now
Ragtop 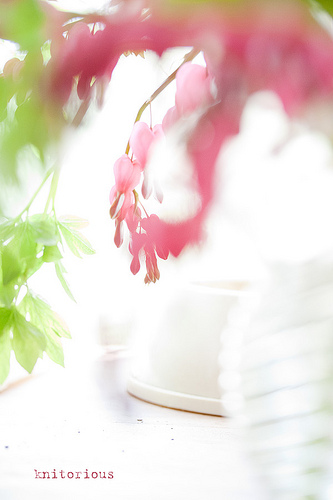 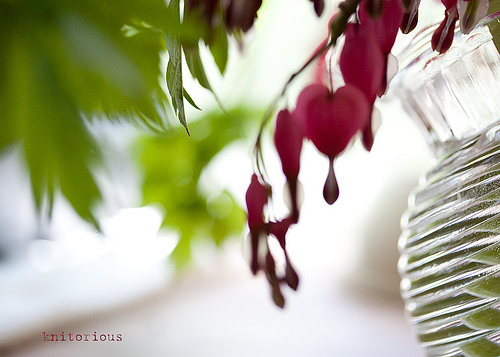 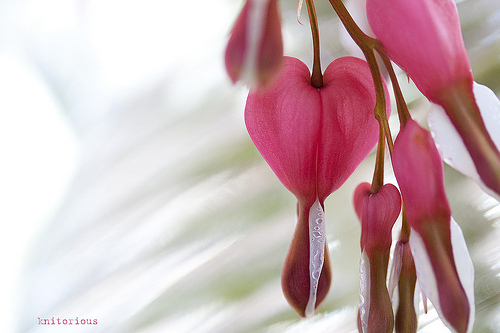 Guess what?! My bleeding hearts are blooming. It's been either too wet and/or too windy for photographing flowers outside, for the most part, so I've been cutting them and bringing them in.

I've been using an old juice pitcher as a vase. It's just like one my Grandma had -- round, with a horizontal rings/rib design, but tipped. I suppose I should get a good photo of the pitcher/vase, but I'm betting that many of you know the one... maybe your Gran had one, too. It's a tiny little thing. I remember that she'd buy little 6-oz. frozen juice concentrates -- and I associate those with her, too, because she's the only person I ever knew to use them! I am enjoying it very much as a vase.

I don't remember for sure, but I'd bet my last dollar that Grandma had a bleeding heart. I know that pink was her favorite color, so it would most likely have been an old-fashioned one like mine. 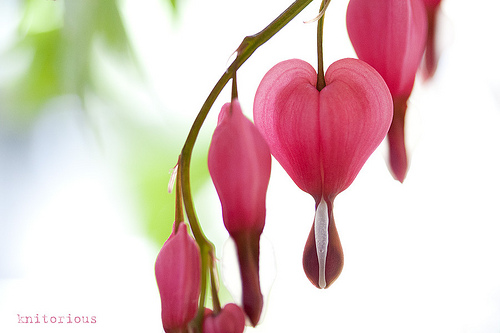 I went to a sale of heirloom flower and vegetable plants on Saturday morning -- they had mostly vegetables, so that's what I bought; four varieties of tomatoes, two of peas, two of basil, and a soybean. (I think that's all.) As soon as it warms up (there are stupid frost warnings tonight!), I'll get my green thumb dirty and we'll see what happens!

Your bleeding heart photos are stunning. I think the first and last are my favs.

Beautiful flowers! And the pitcher, too. I'd love to know where you got it. I am always looking for small ones for lilies of the valley and such.

Such pretty pictures. I found out just this past weekend that bleeding hearts are actually purple in the wild. The red/pink color we associate with them is actually a result of breeding and you won't see them that way in the woods. Who knew?

Bleeding hearts are just so. . . perfect! And perfectly beautiful. It is just so wonderful to see all the blooms now . . . even though the frost warnings are hanging around a little TOO long for my liking!

You have bleed hearts!? I haven't seen any around here yet. Your photographs, as always, are candy for the eye.

AAAaaahhhhhhhhhhh.
Beautiful. (and I have one of those pitchers, too)
(((hugs)))