I've since begun again using some of my Highland Holiday yarn to stripe and I think it like it -- I like it better -- but it might also be starting to hurt my eyes. I love that yarn I dyed in Scotland way too much to waste it on a project that I don't love. So, I might knit a few more rows to make sure, but I might also rip it all out tonight.

And while pondering what color might actually go nicely with the poopy yarn, I may have found my elusive Project Spectrum July=Blue project. 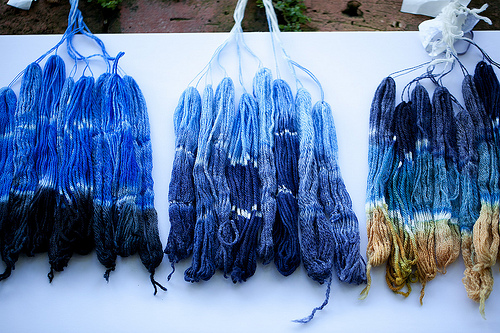 I dyed on Sunday. The blues are either Sky Blue or Navy Blue, and I played around a little bit with value, adding black -- oOops! You don't need much! I also played just a bit with Pumpkin Orange as a complement -- all in varying strengths and whatnot. I wasn't as inspired this time... it was hot and humid... or there's just way too much going on on my world... or I haven't been as successful as I'd hoped in keeping The Blues confined to the dye pot. 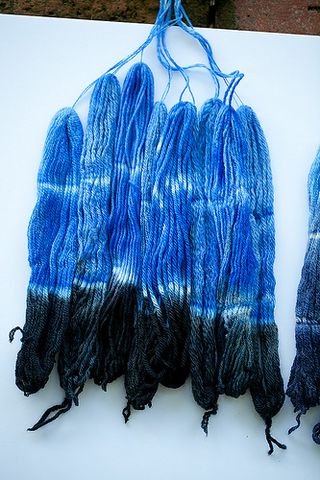 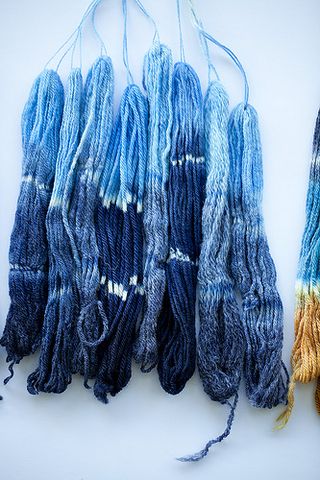 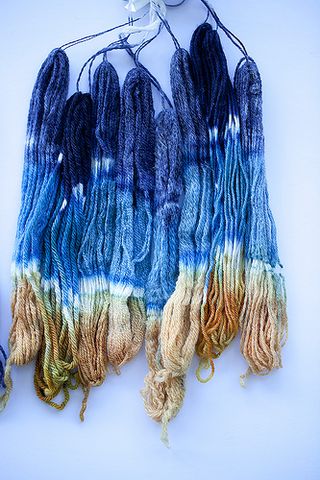 I shall ponder carefully. I have some extra skeins if further testing is required. On a cooler day. And this time with feeling. 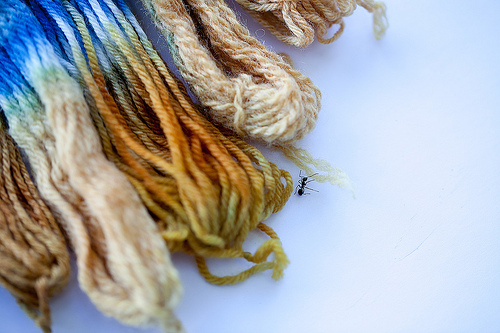 Well, I'm loving your blue skeins and if you're not at least you know you learned about what to do and not to do next time. The ant seems to be enjoying your yarn.

Oh, those are pretty! I can't wait to see what they look like knitted.

the great thing about blues. . . is that they all look pretty terrific! I think I'm liking that pumpkin orange complement.

whoa, amazing blues! and i'm impressed with your self-striping badass-ness.

I love your blue yarns! The other blues, not so much. The summer heat can be a drag for me, maybe you, too? --I hope the current "cool" weather is good to you.