...blew through here this morning, making the rain "fall" sideways, and it was sorta scary! I was at the top of the stairs, this >< close to heading to the basement. There were 30,000-40,000 people without power, at one point, and some were told it could be Monday before it's restored. We were expecting a storm, but this one arrived about four hours early and was just WAY MORE. I've never seen so many downed trees and branches -- all the way home. It certainly isn't on the scale of Hurricane Irene but, you know, it was sort of like that... we knew it was coming, perhaps we should have been more prepared.

Everything's fine at home except for some cables at the back between my house and the neighbor's -- either phone lines that neither of us even use anymore, or cable lines that aren't affecting our services. Nothing urgent, but you don't want people or animals messing around... 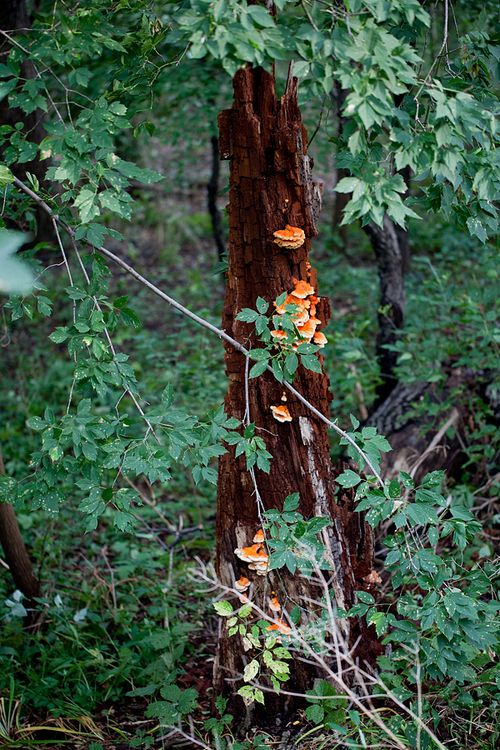 The rain enhanced the fungi growing on what's left of an old oak stump... another year or two and there will be no trace! 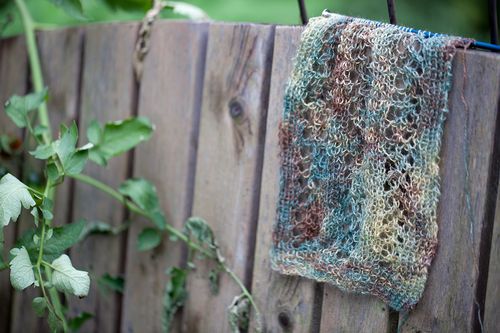 Here's my "Juniper Scarf," mentioned in the previous post. I've not knit much with laceweight yarn... it's so soft and light! 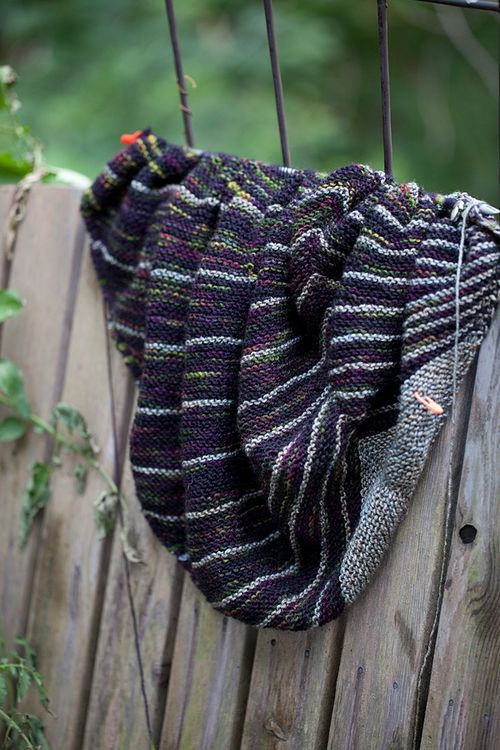 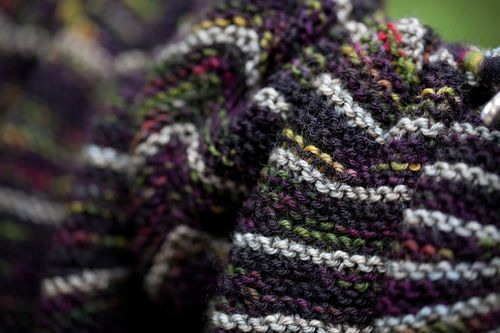 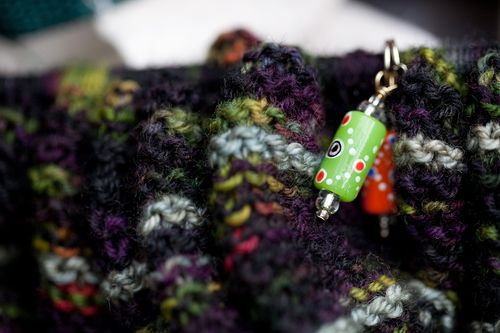 And "Stripe Study II" that I'm loving more and more as I near completion (I'm on the last short-row section).

So. Anything fun for the weekend?

I'm hangin' close to home... making tomato sauce; processing photos from a wedding a couple of weeks ago (I'd REALLY like to finish that up); Ali's making some changes at the coffee shop, so I'll be handy if they need me; I'd like to put the final touches on the Project Spectrum Blue (July) project and maybe get started on the PS Pink (August) project and figure out what color is up for September!

(Just checked as I copied the link... it's YELLOW!)

That's the tip of the iceberg, but plenty enough to keep me busy for a few days, eh?

I'm loving the nice flow of colours in both knitting.
I currently have mushrooms growing in the lawn - it's like the rain forest out there will all the heat and humidity and at the same time, the geese have been honking overhead all week. It's been a strange transition towards autumn.

Sudden storms can be scary, I'm glad you guys are safe and sound. Enjoy your weekend, sounds great to me. Today is Hannah's birthday and we are having a small cook out, tomorrow we move her back into her dorm. Hard to believe she's already a sophomore!

I almost missed this post due to the state of my business. I'm in the same spot on my SS shawl. It truly wonderful and I love the colors in your version. When a sudden storm comes up it's such September is a great month for Yellow!!