The end of a couple of things, and also beginning

It's the end of NaBloPoMo (National Blog Posting Month)! That -- and by "that" I mean everything November -- went by pretty quickly and also painlessly. Thank goodness. Let's try to keep on that express train right through winter! The blogging was maybe lame at times... one of the reasons the month flew by so fast is because I was busy doing things, and blogging suffers. It's also just different. I don't know. I'm still not ready to give it up. I'm comfortable here, even though it's/I've changed some over the past few years.

It's also, technically, the end of Project Spectrum 5: The Basics. Can I just say? I am amazed... amazed that I've seen this through in a timely fashion from beginning to end. The knitting projects aren't all done yet -- I may even have lost track a bit of that part -- but all the yarn is dyed. And then some! Though I am, arguably, somewhat challenged when it comes to finishing (it's genetic), I really had no problem keeping my enthusiasm for PS going over the last 7 months. I'm delighted to have developed an interpretation of Lolly's concept that worked so well for me.

So, here's the last of it... November is the month for Neutral: Black/White/Grey. 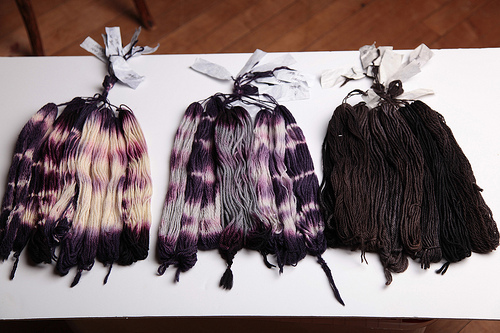 I wanted to play around with the neutrals, but also aubergine. (Purple is the new black!) (That might have been last year, but whatever.) The group on the left was dyed first with ecru and the middle group first with grey. They were then tied up and manipulated some before being thrown into the purple bath. (That sounds kinky, or like some sort of torture, doesn't it? Ha!) The group on the right is just straight-up black; variations in color there are due to differences in fiber content, number of plies, etc. Close-ups below. 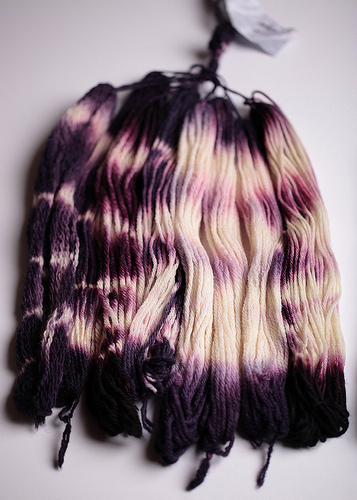 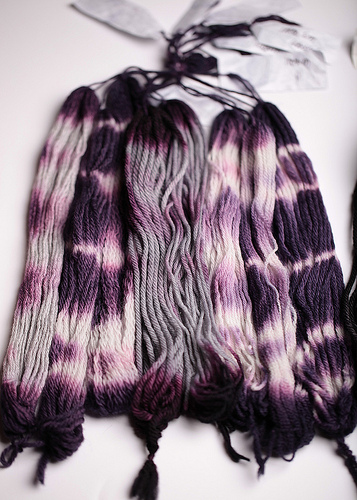 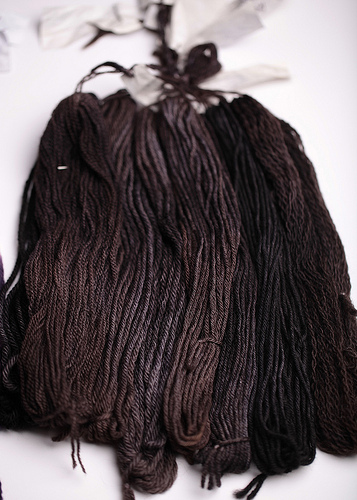 The finished "project" skein, below, turned out much darker than anticipated -- almost black -- because I still underestimate the power of black! 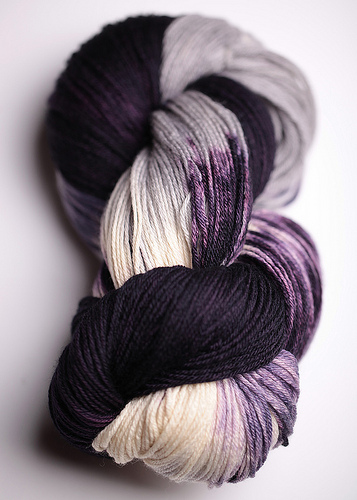 May I play favorites? Honestly, I think this is my favorite of all the PS dyeing. Wanna see it closer? 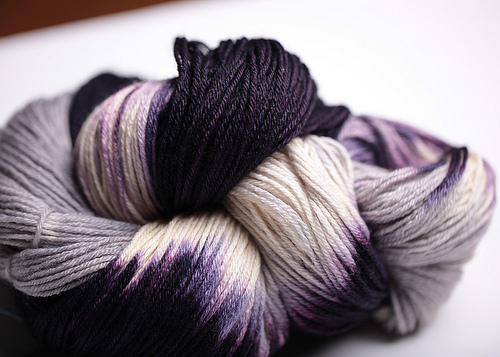 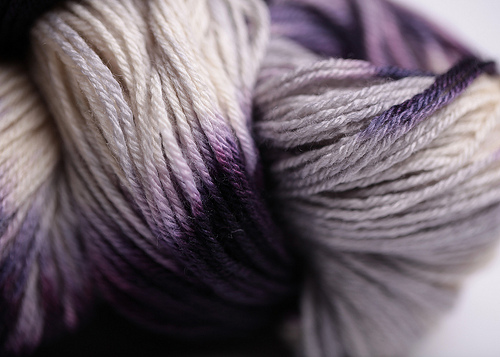 I love it more and more! The yarn is a merino and silk blend and it is going to have to be a scarf or small shawl. I can't wait to knit it up!

The project part of PS will remain active around here until the yarn's been knit up, and until there's a blanket knit up from all the squares! As soon as these neutral squares are knit up, I'll start to figure out how it all works. I am SO excited.

I did some extra-curricular dyeing on Sunday -- Katie did, too -- and I'll share that over the next few days. Because as much as I love that project yarn, there's another that I dyed on Sunday that I love even more. I do. I love it. I love it so much that I would marry it!

Oh that is stunning. I can see why it's your fave.

Wait. I thought you were married! ;-)
Your PS journey has been so much fun to watch and, if possible, I've loved it as much as you have. My little part of your PS journey is a treasure!

I've enjoyed seeing all of your dyeing adventures but I think this month's are my favorite, too. Congrats on NaBloPoMo!

Oh, these are my favorites, too! But, then. . . I'm a neutral kind of gal. Lovely, lovely yarn. It's been such fun to watch you interpret PS. You inspire!

I love this yarn that much, can't even imagine what the other stuff looks like!

Aubergine-yes, yes. I'm a purple kinda girl, red is #2 on my list. Have loved following your color project.

I love the new skeins!