And that's a (birthday) wrap
Remember when... 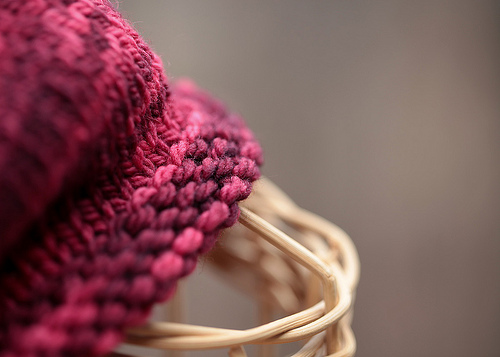 Notes: The pattern called for US 13 needles, of which I have none except straights. The largest DPNs I have are US 11, so I used those. The pattern called for casting on 60, I cast on a dozen more, making appropriate changes in the number of stitches knit for the increase rows, and then knitting a few rows more before casting off. 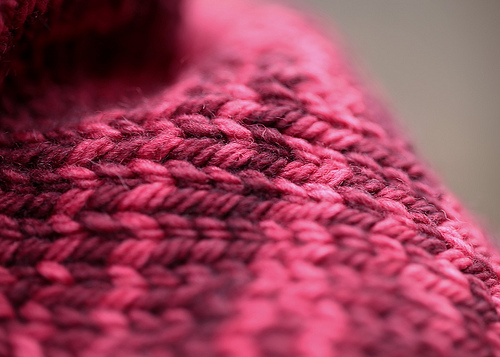 More notes: This could be EASILY knit in a day! I cast on and knit a few rows on Monday, finished and cast off on Tuesday, washed and "blocked" (laid flat to dry) on Wednesday. It would certainly have dried quicker on a screen or something.

It's a great last-minute gift, if it comes to that. It softened up some with the washing, but you probably wouldn't even have to go that far if super-pinched for time. Heh.

the yarn is stunning and is well displayed in stockinette.

Lovely cowl and a marvelous quick knit, too.

So lovely! The color is exceptional. Nice use of yarn and pattern, too.

Great detail shots of the cowl!

OOh, I knew I would love it!

That's so pretty! I have that pattern in my queue. I suspected it was a quick knit. Sometimes when I am dragging on other projects, I need to insert something like this to feel like I'm accomplishing things.