I see Garnets & Rubies, how about you? That's about 145 yards of bulky merino dyed up over the weekend. 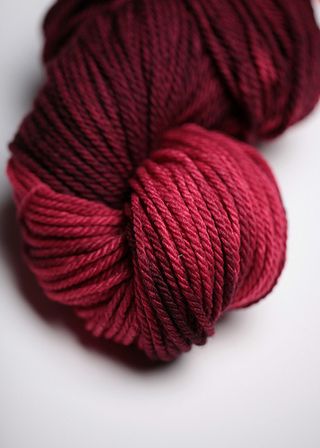 On Monday, I cast on and knit a few rows of Parikha Mehta's Dolores Park Cowl. I cast off last night, Tuesday; and it's washed and drying as we speak. So quick. I'm going to love wearing it! FO details to come... when it's dry. I can't wait 'til it's dry! 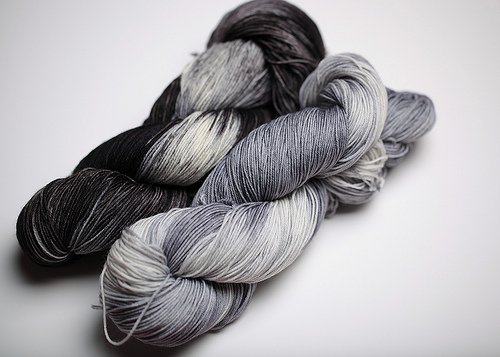 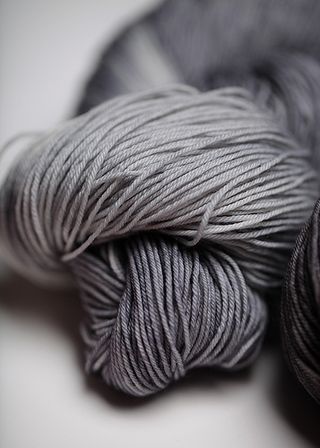 I am just per-crushing on the grays lately... which is great, given that it's winter. Gray. While the sky can be very drab and boring, it can also be AMAZING. Gray. 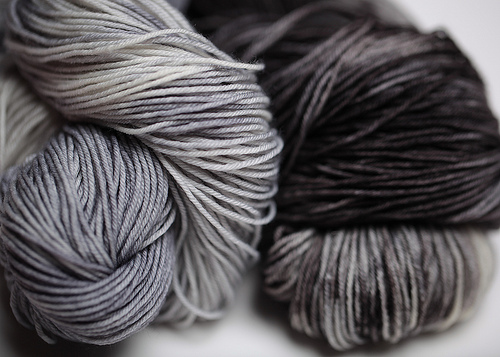 I gave myself an injection of Holiday Spirit last night. After helping Katie find some yarn(s) and pattern(s) for some Secret Santa knitting (and some for herself), we watched Rudolph The Red-Nosed Reindeer... then the local Christmas parade was over and she could go home again! Then I watched most of Michael Buble's Christmas special, which I'd also recorded so I could FF through the parts that were just a little too.

Had a great discussion a while later with Ali about circular needles vs. double-points and she actually used the word "stickiness" when talking about needles... and that she wasn't so crazy about that, but could definitely see why, at times, one would want their knitting needles to be sticky, and maybe she'll just get used to it.

I almost thought your A Gray Day and A Dark & Stormy Night image was in black and white! How gorgeous!

Gray Day and Stormy Night create a perfect study in gray. Kids do nothing if not surprise. Your girls have a great role model and guru from which to tap information!

I am so jealous that you and Ali are bonding over knitting.

The red! The gray! The are exclamation-mark-stunning!!

I LOVE those gray yarns! They are beautiful.

Will you combine the grays with the red? Gorgeous stuff.

Beautiful!!!! I am a gray lover as well but that red knocked my socks off.

I'm so smitten with the greys & stormy yarns you've dyed! I want those exact shades for a sweater or something for me.

So gorgeous! Both of those are my favorite colors, but I have been recently crushing hard on gray. I think that was the only color I bought at Rhinebeck except for 1 skein of purple.