It's that special day again
February in pictures

I find it sort of meditative 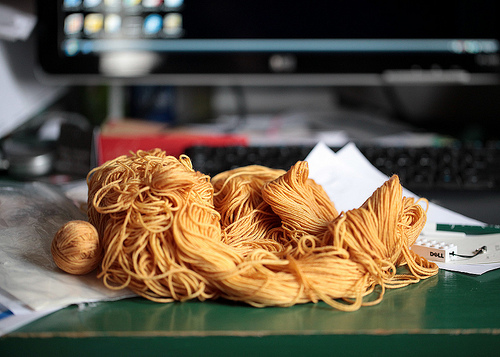 I'm rather methodical in my approach. 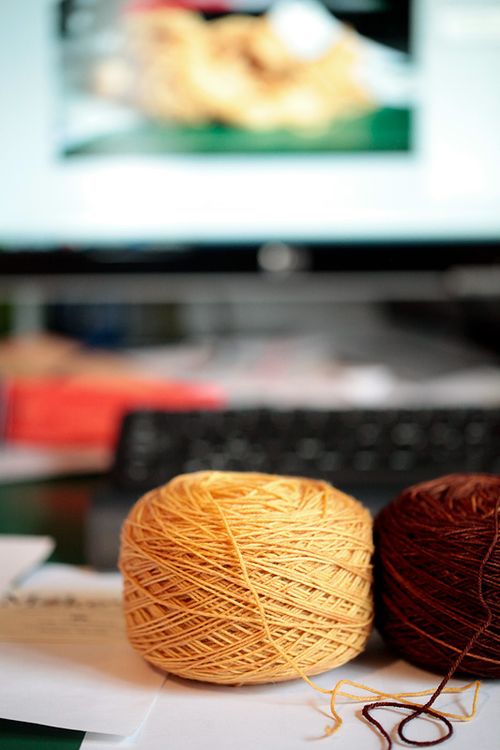 And find it quite satisfying. These are for a friend, destined to become Different Lines. She felt awful that she'd made such a tangle and I practically had to hold the other hank hostage in order for her to even let loose. It wasn't nearly as bad as all that. I could tell that there was some frustration, but not anger -- there were no tight knots and I was able to get about half of the hank on the swift with little trouble. Less than two hours later, I had a nice little yarn cake. I'm hopeful there'll be opportunity for an FO shot!

I find it so frustrating to unwind tangled yarn. You are a great friend to do this!

It is probably easier to untangle someone else's mess than your own (ha!) - I love the detangling and those little cakes are so full of promise. So nice of you to be so sweet.

All of which is really kind of a hoot because I would be the first one to belittle Catholic rituals of any kind. Guess I found a little side of myself I didn't know existed ;-)

And the colors, oh the colors, pure love! They will make a most magnificent Different Lines indeed.

I'm with you on this one, rather than stressing me out I always find detangling yarn is very theraputic! It's a good job as my daughter seems to get everything she knits or sews with in an incredible mess and I'm always given the job of getting the knots out.

One must be in the right frame of mind to detangle a mess of yarn. The colors will make a magnificent DL!

Oddly, I've usually found untangling things (jewelry, yarn) to be exactly that - meditative. It's like a puzzle sometimes, and there are tons of folks who are into those.
Those colors will make an amazing shawl, so I do hope we get to see the finished product!!
(((hugs)))

I don't mind untangling either -- it's a challenge!

Ha. I just had a similar situation with madtosh merino lite...but a few episodes of Downtown Abbey and viola, all untangled and ready to knit!