Departure time is fast approaching and my sister is going just a little bit crazy. She's also taking time for some important things -- and people -- and I'm sure that's helping to keep her off the ledge.

Yesterday, after a rocky start but only a little over an hour late, we spent the afternoon at my brother's. One of my older nephews, the two littles and Annie, Kate and I drove up for a lovely lunch made by our sister-in-law, and a welcome (breezy) cruise on their pontoon boat. Mack and Addy took turns "driving" the boat and they were just pleased as punch. 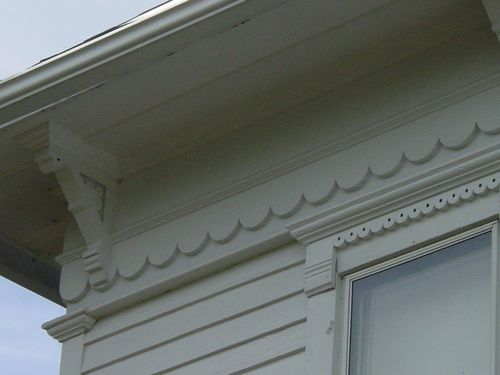 We went through Clintonville on the way and, having not been through there in a while, myself, we drove past Grandma & Grandpa's house. I was surprised to see a for sale sign out front and spotted some notices on the front door... we had to check it out. 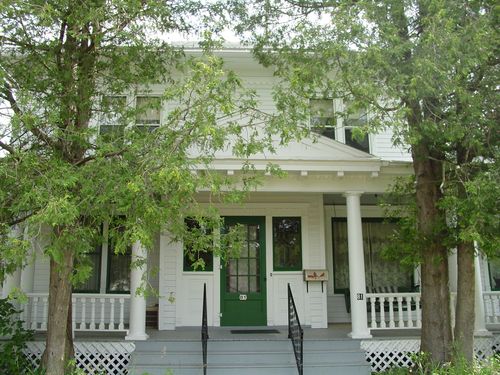 The front door was hanging by one hinge. The notices were about the house being considered vacant and abandoned, and something about something else -- not good. We looked through the dining room window -- Grandma's sheer Priscilla curtains still hanging there -- and it looked like splotchy mold or something growing on the hard maple floor, the basement door was open, but otherwise everything looked just as it did the last time I peeked in the windows. 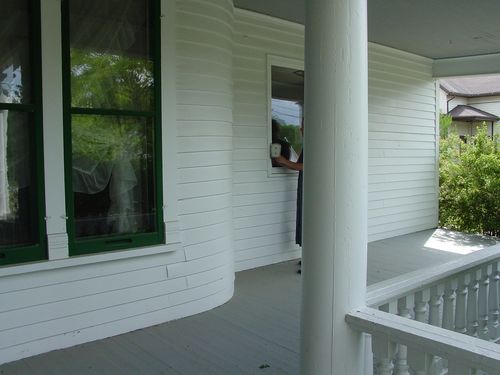 The front porch was in pretty bad condition -- in need of paint and some of the boards seemed badly warped, but the beadboard ceiling was in even worse shape. We walked around the side and up the driveway, noting the spot where Grandpa always parked his oil truck and recalling the box of Tootsie Pops he always had on the front seat, and gazed at the back of the house. Grandma's big garden area was completely neglected, the flower beds untended, the windows and door to the cellar were askew like the front, but otherwise it looked pretty good... the same. 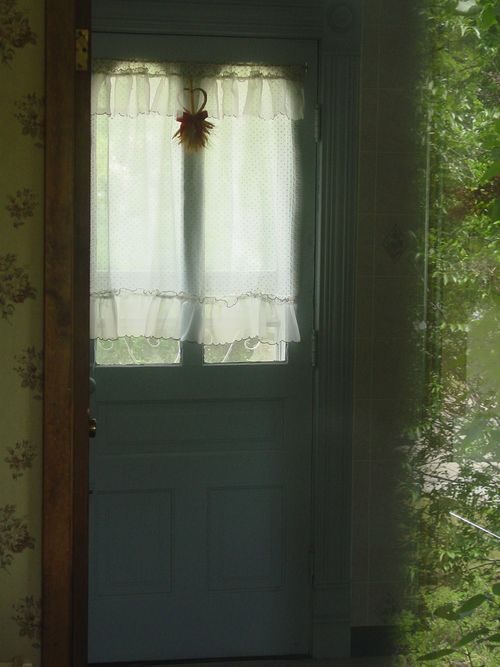 My brother said that it's likely beyond saving -- would cost a fortune to clean up and put right -- and will probably, eventually, be torn down. The previous owners vacated in foreclosure. A pipe froze and burst in the upstairs bathroom (there was an exhaust fan in that bathroom and I remember going up there as a teenager to smoke cigarettes) (why wasn't the water shut off?) and the house was flooded. Like, literally flooded... the basement filled with water and no one knew anything was going on until water started running out the windows and into the street. 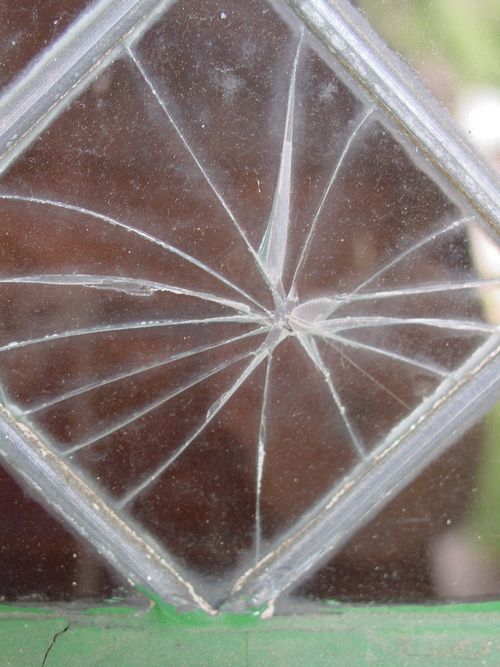 That beautiful old historic house -- once a "hospital" and doctor's office -- that holds so many memories. It's the only house we ever knew as our grandparents'. I am heartbroken.

Photos are all from June 2006, the last time I trespassed traipsed around that house (the first time it was for sale) with Sharon.

So bittersweet to see the house in such disrepair and poor condition. It's a grand old house, full of beautiful memories, which you will always have whether the house is there or not.

So sad that a well loved house has become a lost cause. I'm sure those last images will haunt you but try to remember the good times and all the love that your family shared in those rooms.

Of course you are heartbroken, what a horrible example of waste and neglect. I'm so sorry! I drove past the house I grew up in the other day and the new owners have painted it PURPLE. Not plum or something almost suitable but Easter-friggin-egg purple. The whole thing, foundation and all. It's an awful sight and I was horrified.

How sad. It was clearly a beautiful home.

It's a beautiful home. It's a shame the most recent owners let it go.

As I was reading your post I nearly knew what was coming, and felt the heartbreak myself. It's odd how some homes (and places) evoke such memories and emotions. I imagine your memories of the house and everything about it will remain with you through photographs and chats with your family, and the solitary visits to the past we all seem to make when we are alone and least expect it.

So sad. I would be heartbroken, too.

Heartbreaking indeed! That's such a shame. Maybe someone with vision (and a lot of $$$) will save it.
You have already saved it in your heart.

And such a lovely home too. My great grandmother's double bungalow down in Red Wing is in similar condition.