"I am not the landlord."
Another "rainy day" in Rio

Three sleeps to the wind

It's "3 sleeps to Rio," but mashing it up with "3 sheets to the wind" makes me laugh. I'm not staggering (yet), but may be getting a little punch-drunk! 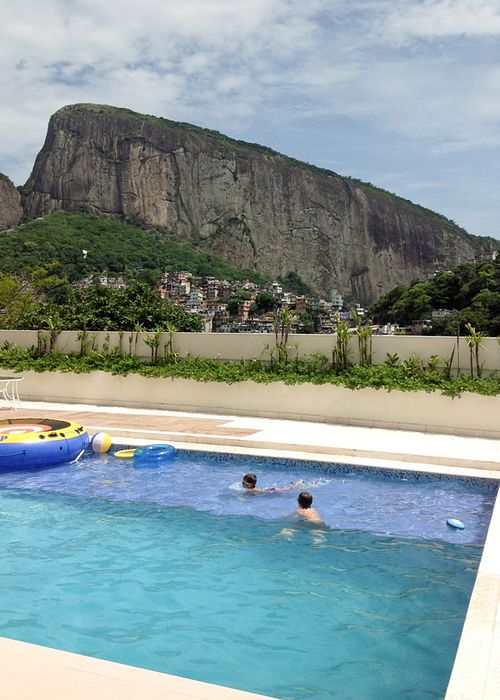 The extended forecast in Rio, for as far as I can see, is for temps in the 80s (F) and scattered or PM thunderstorms every single day! I was bummed about that for a bit, but the partial sun peeking out from behind the clouds and raindrops made me feel a little better, and I also realized that it also means dramatic weather. I do so love dramatic weather!

Dramatic weather in the mid-Atlantic rainforest? I'll try it!

Annie sent me this morning's photo of the boys in the pool, above, and said that the forecast for today was also rain; it was over by 9 a.m., though, and had been mostly sunny since!

I know the weather can change in an instant, and I'm counting on a little bit of everything -- and trying to prepare.

Meanwhile, after last week's "January thaw," the temp plunged over the weekend and it was cold outside! 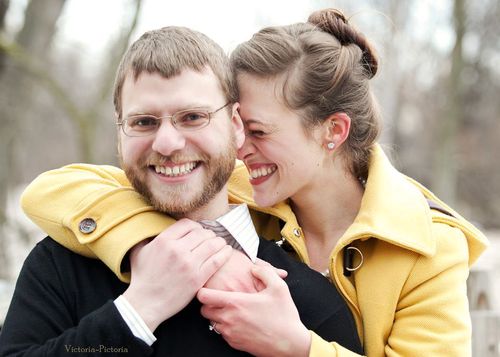 I had an outdoor photo shoot tentatively scheduled for Saturday afternoon. It was iffy in the morning, but was better by afternoon and it was a "go." The young woman has been Ali's BFF since high school and she works part-time at the coffee shop. I've taken photos of her family a few times over the past couple of years. Her boyfriend called me to schedule a couple's session - at least that's what he told her - for her birthday. In reality, he was going to propose and I was in on it (and in possession of a HUGE secret)!

I don't think I have to tell you that she said YES!

Or that they're both ridiculously happy.

The cuteness is overwhelming!

Such a darling couple. You capture moments in time perfectly!! Which is why I'm excited about your trip. I know you'll show me RIO! Count me as ridiculously envious!

That is a fantastic photo! And lucky you to be part of that moment in their lives! That's a clever young man right there.

I can't wait to see Brazil through your lens!
That is one happy couple.

I think part of tropical weather is the daily thunderstorm. No problem, mon!

That photo of the just-engaged couple is a DELIGHT! lucky you to get to share in it...and lucky them to have the photo(s).

Enjoy your time in Rio...and try to get some sleep before you go. I have a feeling you won't get much while you're there!

well, if you think about it... rainforest... thunderstorms. Kinda go together, right? :) It's like Miami- every afternoon, the skies open, the rain falls, everyone waits... it stops and the sun comes out. Have a GREAT time.

I could use a bit of that pool and heat today. Have a great time! (Of course you will.)

What a sweet way to propose.