Two Brothers
Monday, Monday, so good to me

This week, because of Carnival, there is no school and the boys have been spending hours upon hours in the pool. 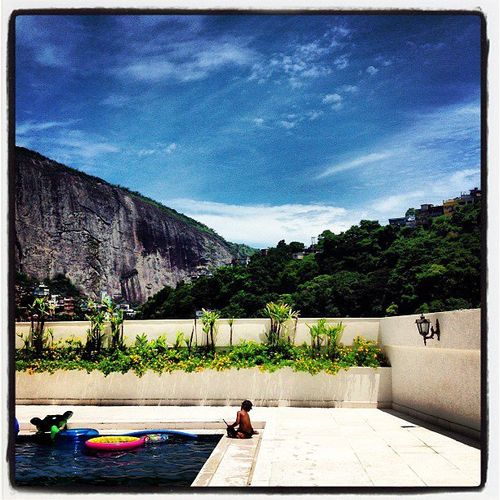 Ok, it's Carnaval in Rio. Hotels are at capacity and every bed in my house will be occupied by people I don't know. Guess what I'll be doing?

Guesses amongst friends included sleeping, camping out, getting one of any number of Brazilian "treatments," dancing in the street, going to the beach, doing taxes, and *DING*DING*DING* LEARNING SAMBA! 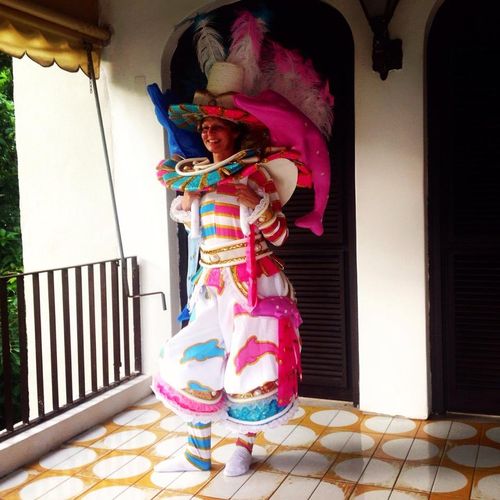 So I lucked into a ticket to be one of the people behind the Imperatriz Samba School when they compete Monday night (1:00 a.m.)! I am learning the song and if I can't dance at least I might be able to move! 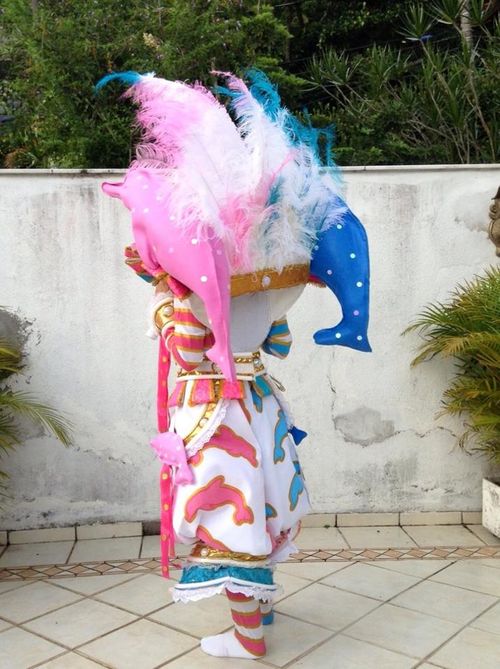 Yes, those are dolphins on my shoulders. And I get to keep the costume forever (gasp!).

There was some chatter on Annie's wall about the possibility of live-streaming telecasts and the timing for CST viewing was quite favorable, so I thought I'd check it out. I found a few choices for live viewing, including a channel on YouTube. I ended up watched on Globo.

Here are the Imperatriz (Empress) highlights. There's a general wrap-up in The Rio Times, and for good measure here's some embedded footage:

There are plenty of Carnival-related videos to watch!

I actually watched all of the Grande Rio performance, thinking it was Imperatriz Leopoldinense -- it was hard to know for sure since I couldn't understand more than three words of the broadcast! By the time I realized that I was watching their predecessors and that the schedule was off (as usual, it's Brazil!), I'd already had so much invested... I had to stay up and watch! Double your fun! It made for a later night than I'd intended, but it was very exciting to watch when I saw those dolphins samba across my screen.

(I really can't wait to see the boy's Halloween costumes this year!!)

Annie is having the time of her life! It's wonderful she can share it with you across so many miles! Samba on!

Wow - that's fabulous!!! did she tell you how much that costume weighs? (is that bad that my mind went there before WOW what cool colors and how fun!!????)

What FUN! I love it!