Monday, Monday, so good to me

Monday, Monday, it was all I hoped it would be.

Annie had to go back to work on Monday; my brother-in-law would return the following Monday, and the boys (and other students) would go back the Monday after that.

The boys and I spent a relaxed morning at home. It was a little rainy, but they did a lot of swimming anyway. I might have done a little laundry. Or that might have been another day. I did do laundry one day... the washing machine is outside, under a little roof but basically outside. If there was live-in help, the laundry area is located right outside their rooms, and fairly close to the kitchen. Even if they don't live-in, a lot of people have daily help; Annie and Brian have someone that comes weekly and works harder and longer than anyone I've ever seen. 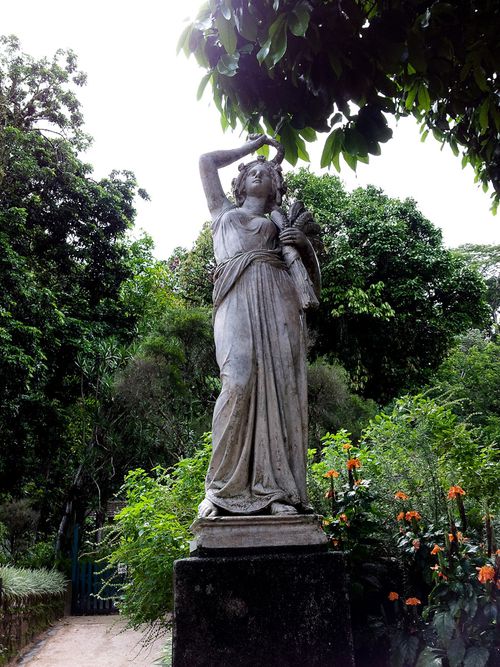 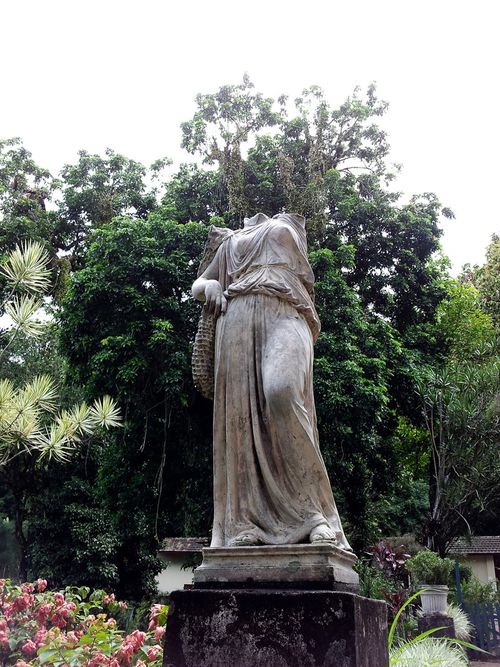 We had lunch at the school and the boys gave me a little tour -- showing me where their rooms were, even if they weren't open. (Heh, these photos are not taken at school.) 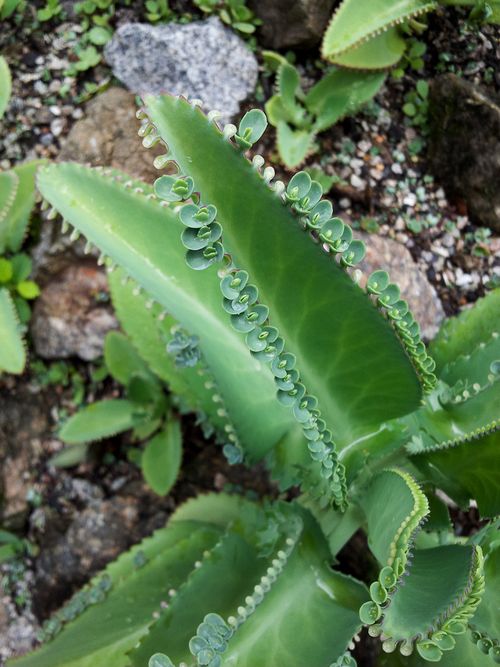 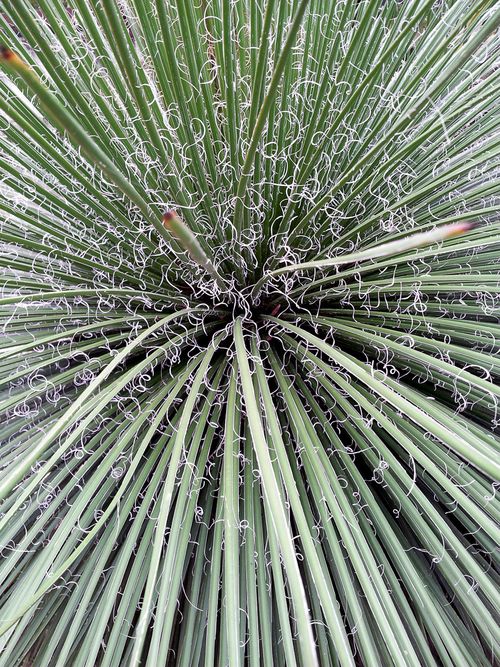 Annie was able to spend the afternoon with me and we grabbed our umbrellas to head to Jardim Botanico -- the botanical garden. 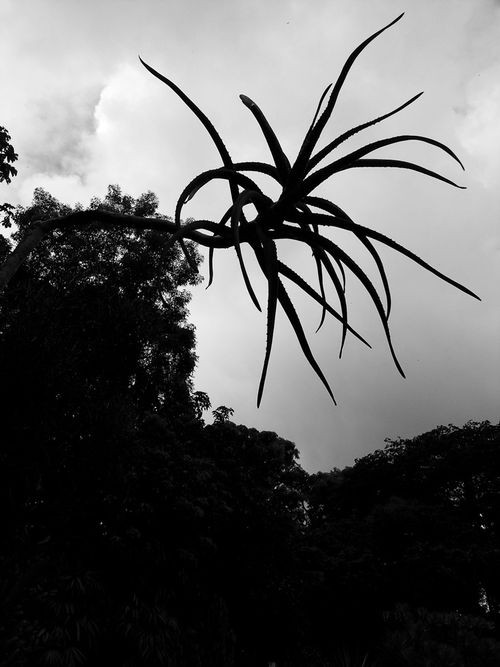 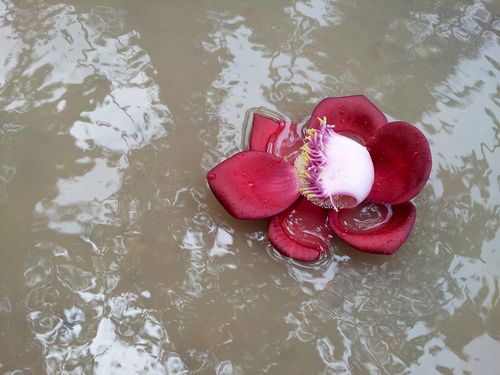 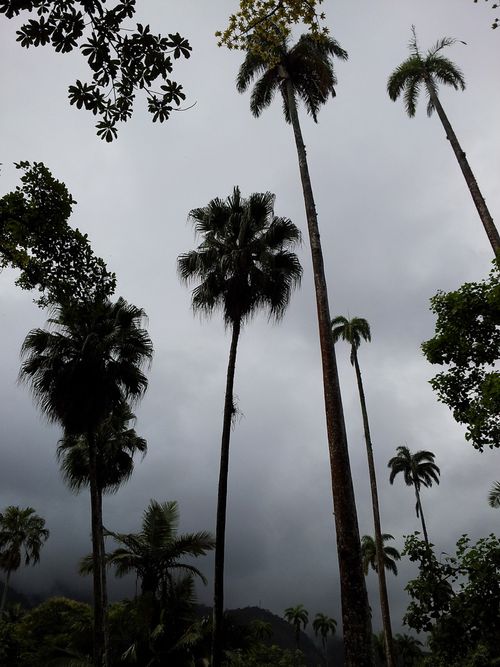 One might think that two would wait for a sunny day to visit the garden, but a "less than perfect" day is actually THE perfect day! 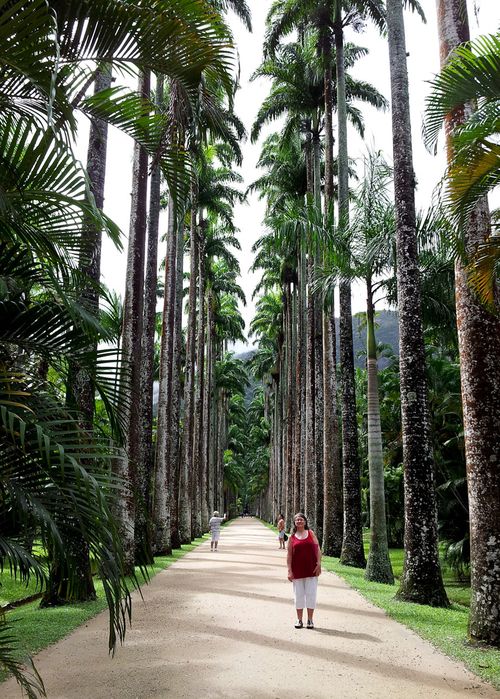 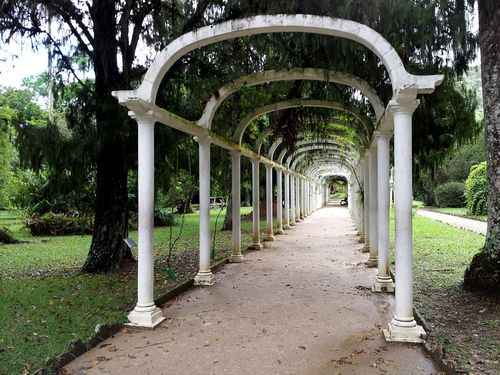 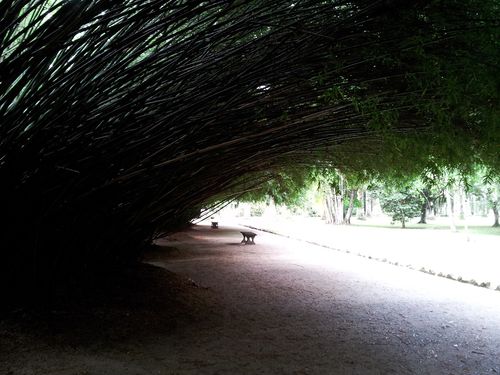 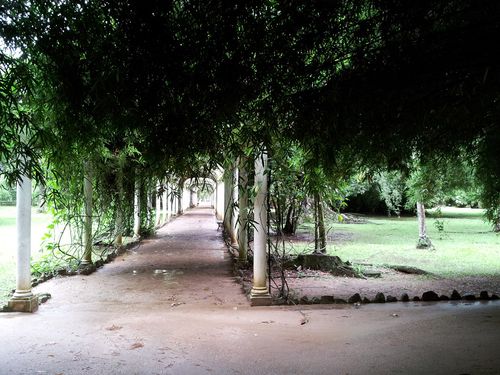 We lucked out and never had to open our umbrellas, but had the benefit of lovely light filtered by clouds. 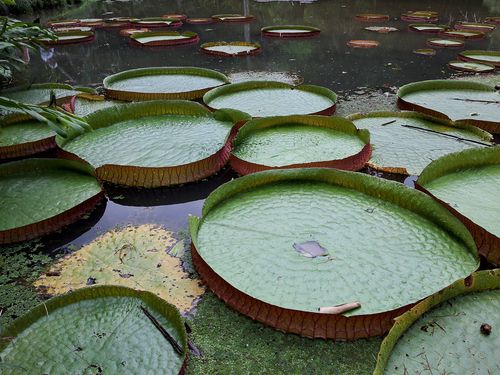 People, the plants are different in Brazil. 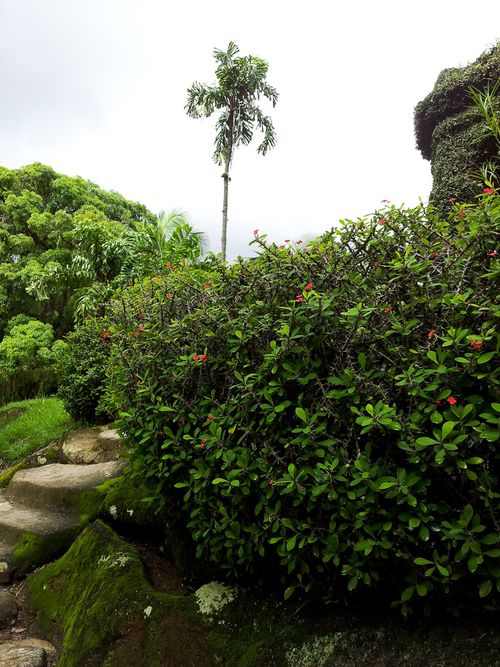 Or, maybe you recognize them but they're SUPER-sized and growing WILD! I noticed the tiny red flowers on the hedge, above, while I was taking photos of the priest, below... and they were so familiar! Where had I seen those flowers before? And then I noticed the structure of plant itself (thorns!) and remembered the tropical potted plant we call "Crown of Thorns" in the greenhouse window at work. But this was HUGE, a whole HEDGE, planted IN THE GROUND! There were a lot of other familiar plants, too, though the type that I'd never dream of planting outside. "Wandering Jew" was basically used as a ground-cover plant in many areas. Craziness! 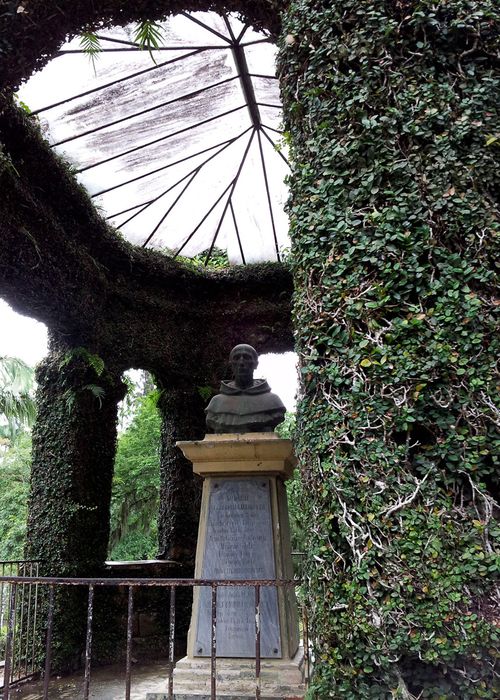 It was just lovely. 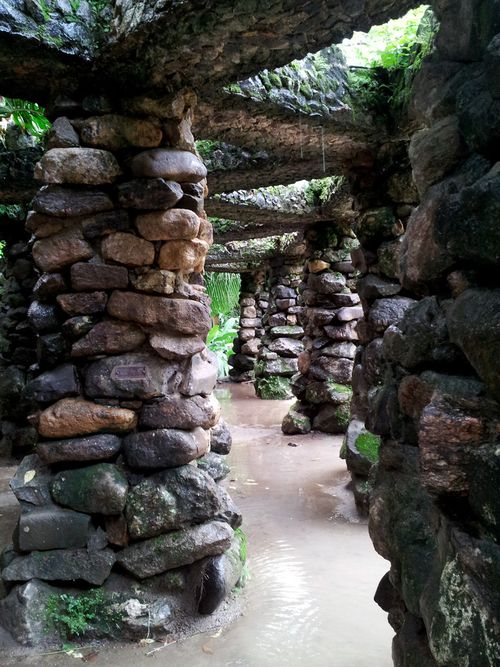 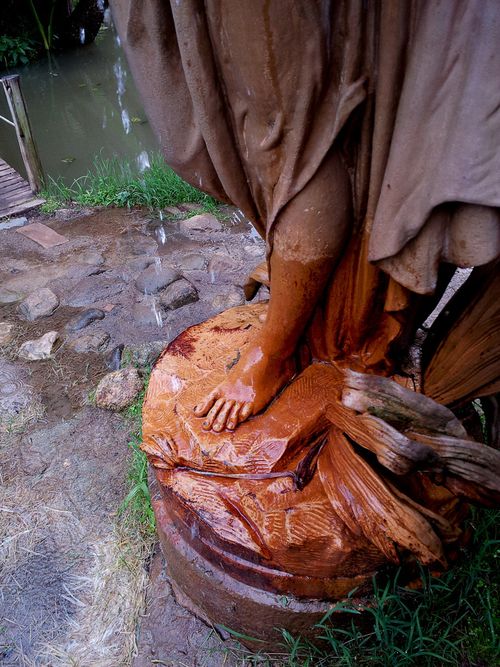 And then there was the Orchideario. 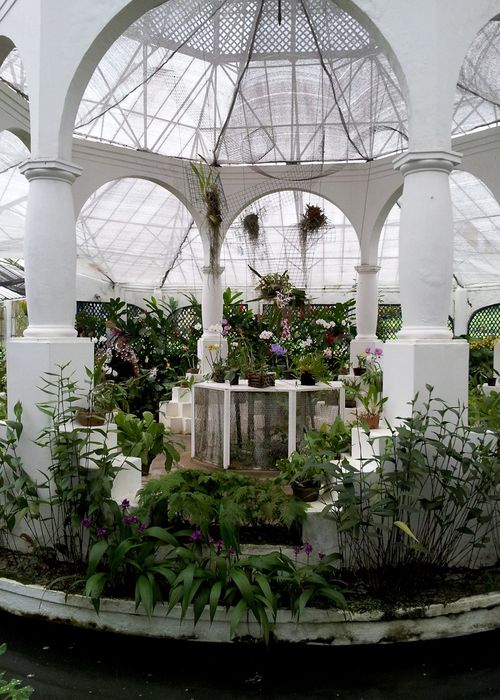 The Orchid House. Photos don't do justice. It was amazing!

Our first choice for a dinner spot wasn't open that day, so as usual, it was on to Plan B! We had to stop and get our bearings, ask directions... it's really weird listening to your sister speak a language so completely foreign to you... and eventually we made our way to BRAZ! 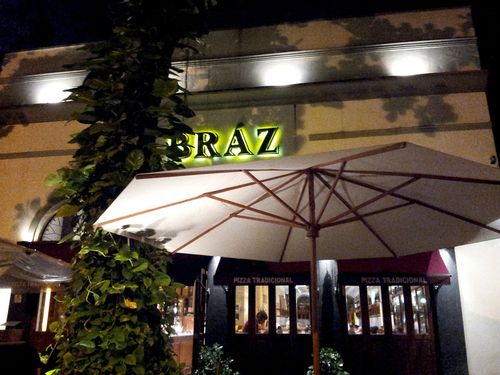 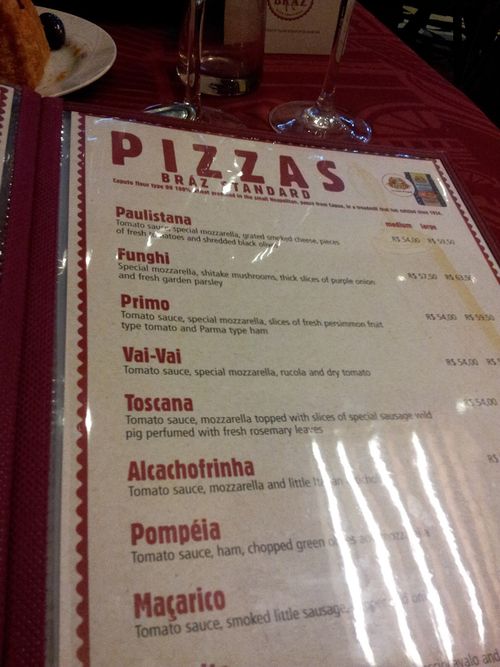 I was offered an English menu, but our waiter didn't speak a word of it... I still managed to order wine. We were able to order three different types on one pie -- I know we had Funghi and Alcachofrinha, but I don't remember the third. 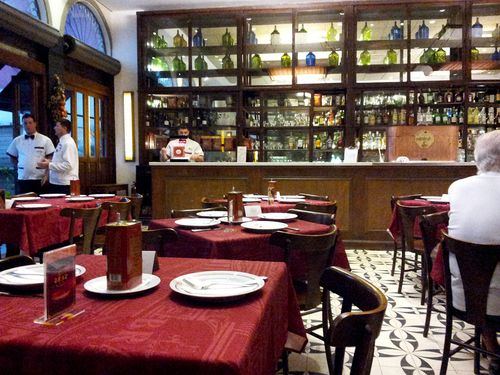 It was all delicious (with leftovers for breakfast!) and we had a fun Brigadeiro (on a spoon) dessert.

Ann told me that I had to go to the restroom before we left. 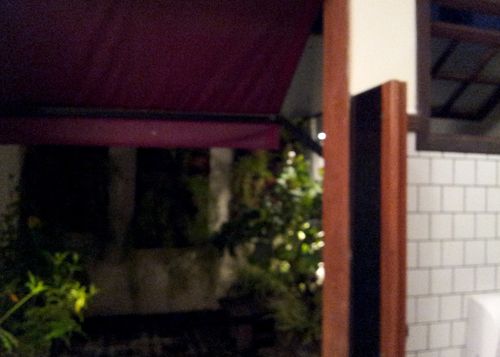 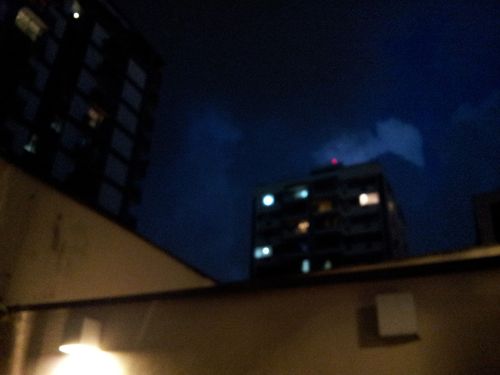 The photos are awful -- I had nothing but my cell phone and it was dark. It was up a flight of stairs and when I entered I noticed an open doorway on the opposite wall. It opened to a little rooftop patio -- so wonderful!! 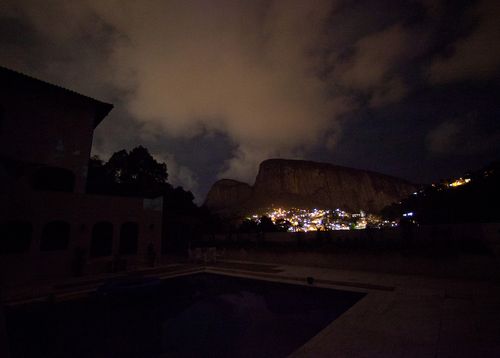 Not bad for a Monday, really.

I remember the first time I was in California and saw hedges of fuschia! croton! those plants that we struggle to grow here.

Tropical landscapes are so foreign, but exotically beautiful! You really went on a wonderful adventure!

Cheery pix for a windy and sunny day. Snow later this week. Sounds like you are still radiating Rio!