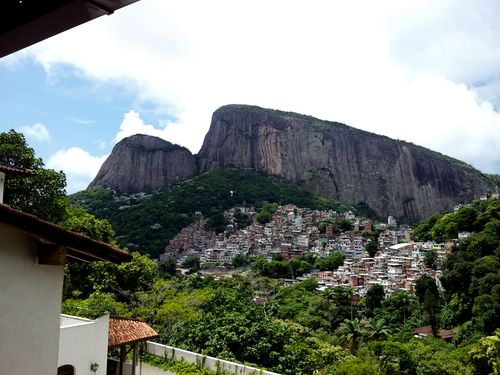 Dois Irmãos. Two brothers. This is Rio to me, and always will be. These mountains, this view, those sounds, Rocinha. 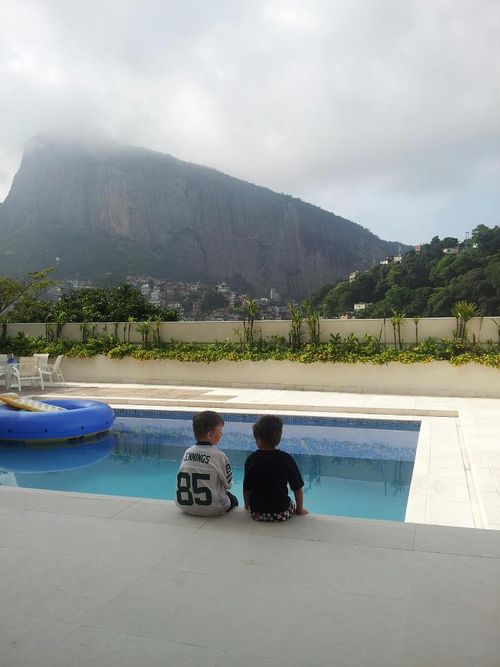 We climbed Morro da Urca and caught the tram from there to Pão de Açúcar (Sugarloaf). It's an easy hike, even for someone like me who isn't really a hiker, but overnight rain and a light morning shower or two affected the condition of the trail and made it a bit more challenging.

We snacked on pao de queijo (what else?) while waiting for the tram and the ride to Sugarloaf. The view from the top: 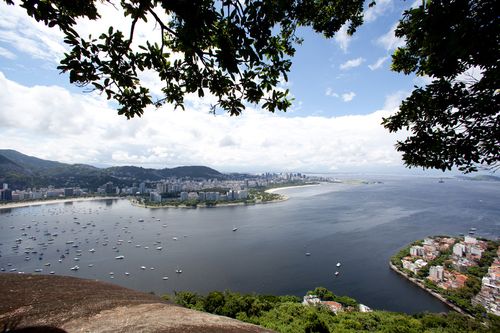 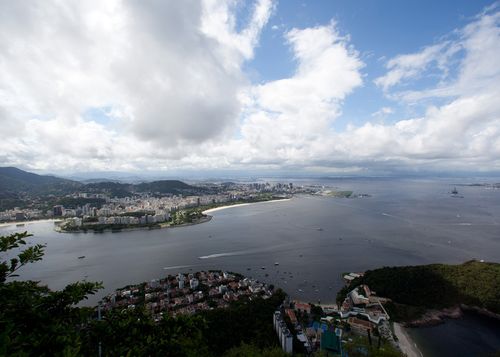 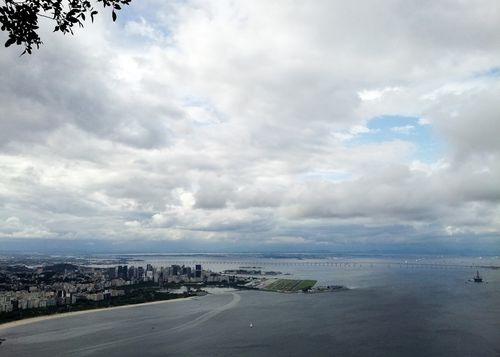 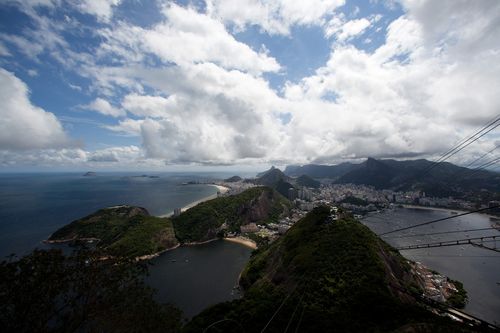 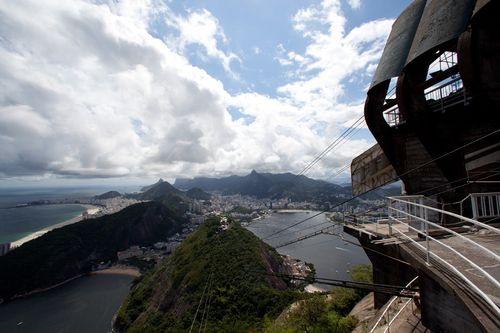 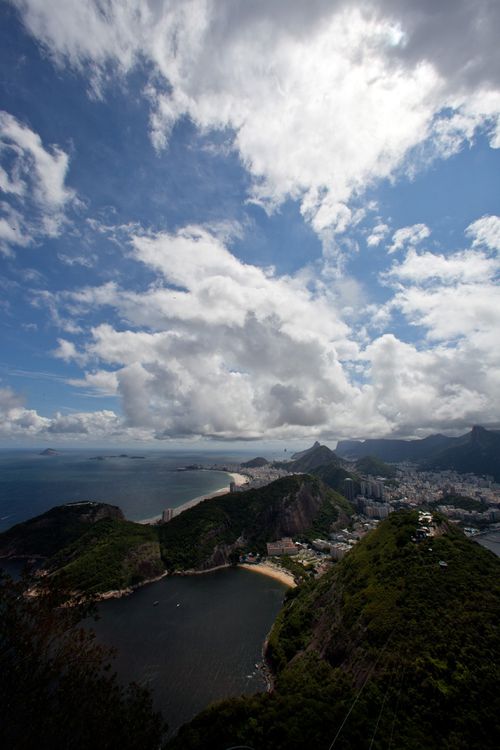 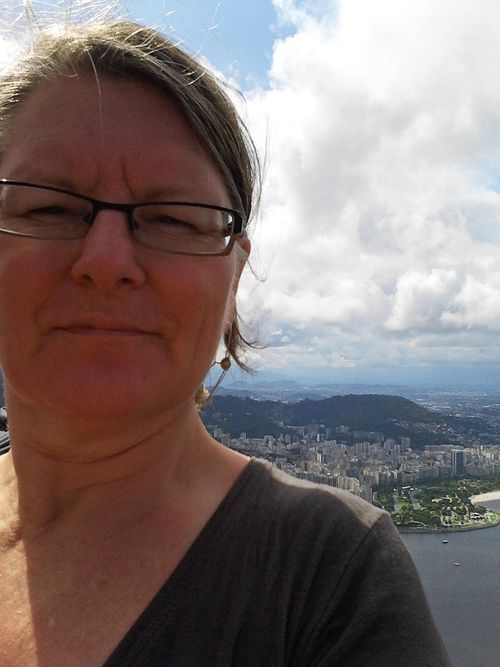 We took the tram all the way down, and then made our way to Feira Hippie de Ipanema... 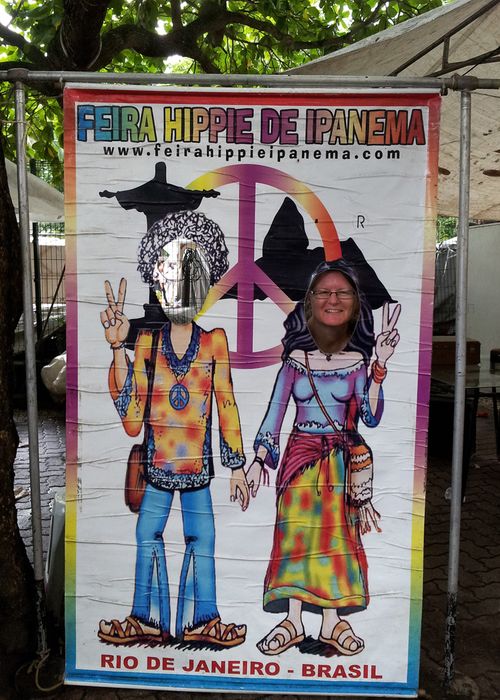 The Hippie Fair! That was a lot of fun and I found some treasures, both to keep and to give away. 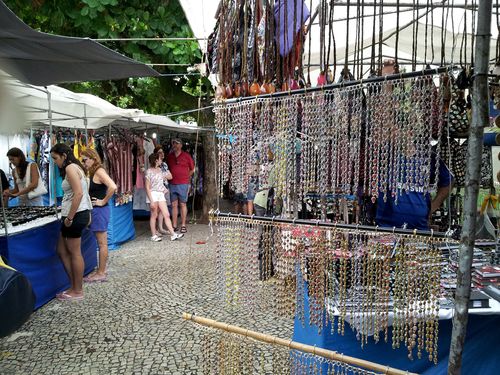 There was a pretty good downpour while we were there, too, and we waited it out (i.e., shopped) in a stall with lovely jewelry! 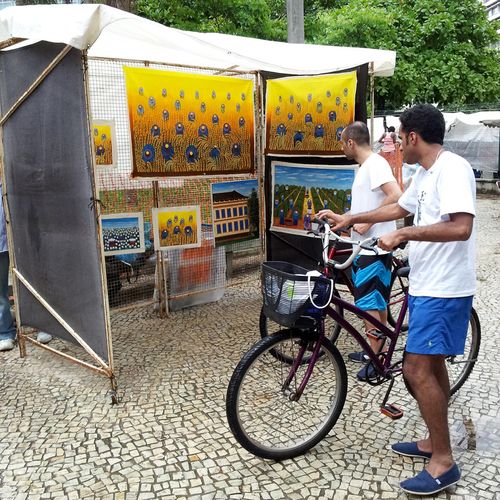 There were quite a few artists displaying their work. I loved these "field" pieces!

After all that, we were hungry for more than a snack. Mack is a bit of a soccer nut these days, and was drawn in by soccer on TV at Torre do Barao, which was right next to the Gringo Cafe where an NFL play-off game was being televised (and we were ever-so-mildly interested in the outcome). 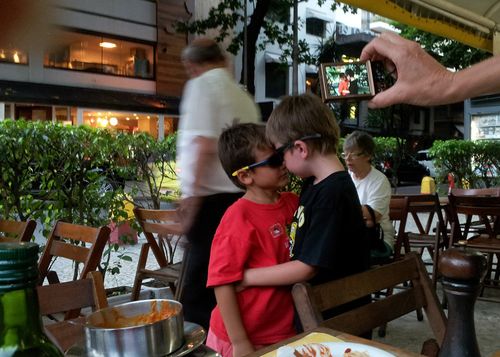 I had fish. It was delicious! It didn't even occur to Ann until after I left that we never ate a meal at home. I had a small yogurt every morning there for breakfast, and Brian made pao de queijo one day for the boys (it is their favorite thing!) and I had one or two, but otherwise we ate out -- at restaurants or as guests at other people's houses!

The scenery is just stunning, Vicki! I love seeing all your photos, I feel like I was right there with you.

You know how much I love the sky, but the sky in Rio really is special. wow, wow, wow!!
The last photo of the boys as best buddies, how wonderful is that!?

Great pix of an exciting, exotic place. How wonderful that you got to visit your family there. I loved the 'Hippie Fair'. My kinda place. This was truly a trip of a lifetime.
Thanks for sharing.

What a gorgeous place! ::sigh::

Oh! Oh! Oh! What a perfectly lovely trip -- with such wonderful experiences. (Your photo of the boys at the pool will always be one of my favorites. So perfect.)