Summer will end soon enough...
Ten on Tuesday: The Heat is ON 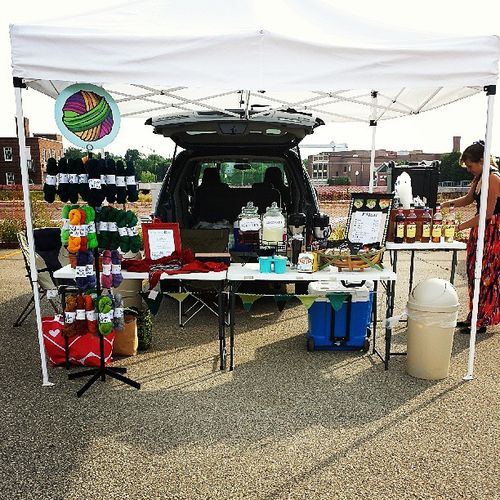 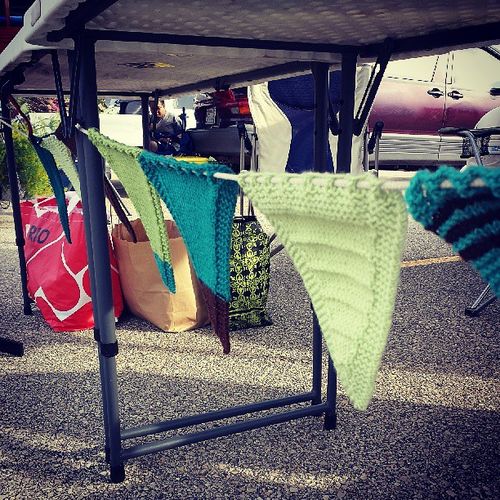 I've been taking a "Market Watch" photo every week of our set up at the farmer market. It looks pretty much the same week-to-week, but there are subtle changes. Who I'm working with, the weather... "where's Waldo," "spot the difference" puzzle type stuff. It amuses me. Anyway, last week I finally washed and blocked some banner triangles I'd made last winter from random leftovers. I strung them on some clothesline (I bought way more for the wedding than I needed) (also clothes- and safety pins) (and paper straws). Anyway... it was a bit breezy at the market on Saturday morning so they're difficult to see in the overall photo. Cute? I think so. 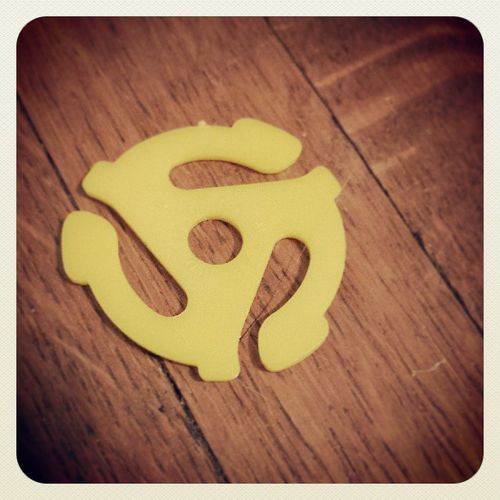 After last week's visit to Homeland Security for biometrics and the subsequent mailing of the student visa app, Katie is in full-on packing/moving mode! She found a good home for the chinchilla she adopted a few years ago, freeing up a corner of the upstairs apartment for organization of rummage sale stuff. I was up for some reason or other over the weekend and spotted this artifact on the floor! Do you know what it is? We never seemed to have very many, or they were difficult to find when needed, so I'm still inclined to pocket and save them when I see them. 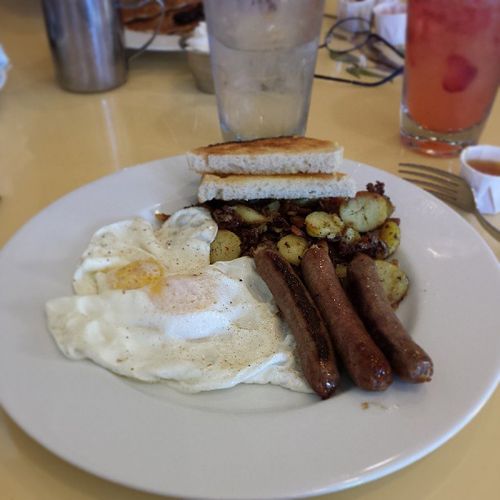 We went to The Kangaroost for breakfast yesterday morning and it's the best breakfast out I've had in a long time... and the only breakfast I've had out in a long time. My photo isn't the greatest, but it was all quite delicious and those American fries were pure perfection, which is really great because I like to think of them as a treat. 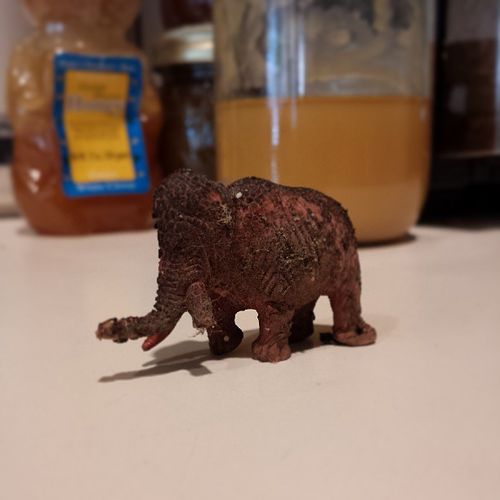 I've been concerned about my refrigerator for a while... it seems to run constantly! It's summer and it's hot and humid, so there's that... After breakfast and before the current wave of heat & humidity came on too strong, we pulled it out and cleaned the coils, underneath, etc., and I found a woolly mammoth on one of the ledges/pans in the back. It is an old fridge, but not that old!! I'm not sure how that ever ended up there... and at first, I thought it was a dessicated mouse! Anyway, it's a 28-year-old fridge and, well, I know it's not going to last forever... though my microwave of same vintage is still going strong!

I went to not one, but TWO blockbuster action-packed movies over the weekend: Man of Steel and Pacific Rim. Having grown up with the Christopher Reeve version of Superman -- which was pretty perfect -- Henry Cavill is absolutely the new perfect Superman and I can't imagine how he'll be topped, but I sure that someday he will. We saw the preview for Pacific Rim before Superman and it was intriguing. The effects were amazing -- and I probably saw more destruction in these two movies than I've seen in every other movie I've ever seen, combined -- and I almost think I enjoyed it more.

The Twitter verdict on Pacific Rim seem to be largely positive.

Your weekend sounds great, that breakfast looks delicious! And I love the knitted pennants!

Your wooly mammoth made my day! We have a 25-year old fridge that still works well, but also runs constantly in hot, humid weather just like yours. Yesterday I treated it to a vacuuming and spoke nicely to it in hopes that it will last a bit longer. Here's hoping for good fridge fortune for both of us!

Your refrigerator is positively vintage! Be prepared, my friend. Of course, they don't make them like that any more.
You really pack your weekends full. The flags are very cute and a great idea!!

LOL for the wooly mammoth! And love the photo of the '45 record insert. Someone recently posted a photo essay of 'technologies our kids missed' (one of them was the relationship between a clear Bic ballpoint pen and a cassette audiotape!) Typing out this message in the cool basementy goodness, had to peel the kids off the couch and pack them off to the pool!

The center for a 45! Most people don't have a turntable anymore!