I woke up on Saturday morning and my first thought was: Camelot (where it only rains at night). It rained hard most of Friday night (again), making for a cold and wet market morning, but the rain had pretty much stopped by dawn and the day would only improve. Ali let me sleep in a bit, knowing it wouldn't be busy early, and then I was able to swing around and pick up the things she forgot to pack! 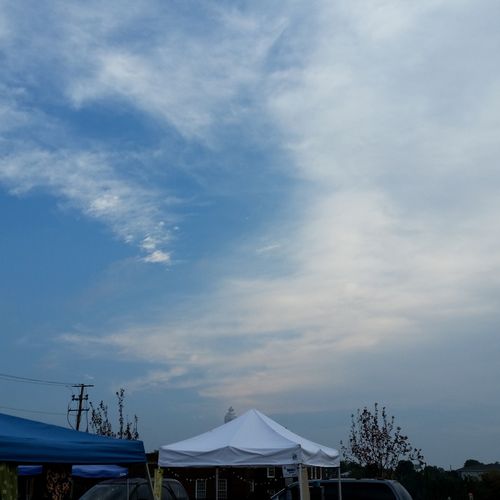 And, indeed, it did get better. 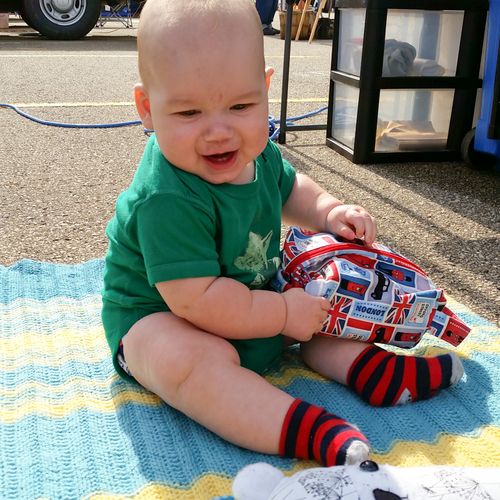 And BETTER!! Junah came to visit.

My new favorite thing is the pudge wrinkle on his knees -- good padding for the crawling that's going to happen very soon!

His favorite new thing on Saturday was playing with my Stitched by JessaLu box bag, so squishy and grabbable.

His favorite new thing on Sunday was playing with the rug under Greatest Gran's dining table, and trying to pull himself up on a chair -- no doubt soon adding climbing to his repertoire!

On Saturday afternoon, Kate and I decided to see a movie. The Drop stars James Gandolfini (the last movie he made), Tom Hardy (we love him to pieces), and Noomi Rapace (The {original} Girl With The Dragon Tattoo). We talked about it and were kind of ho-hum after watching the trailer on Friday evening, but whoa... it's just that sort of deep, dark movie that slowly builds. It was great.

I'd watched every single clip in 11 Films That Already Have Oscar Buzz on Friday, getting me into movie mode... and all of a sudden very excited about the next Best Picture Festival! 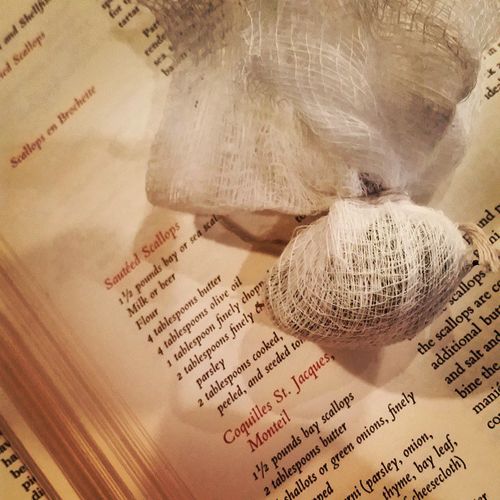 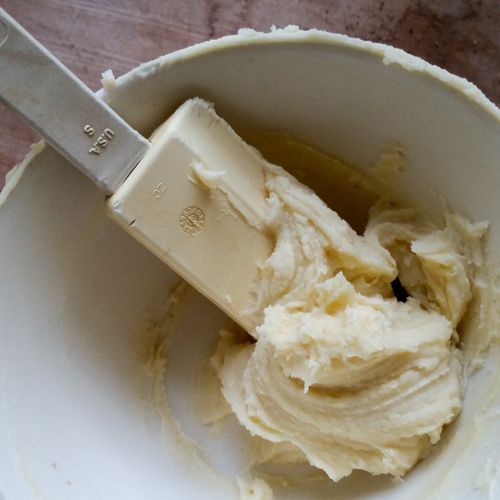 We stopped on the way home for ingredients: Coquilles St. Jacques, Monteil a la James Beard had been decided upon. Mostly Kate's doing, I helped by making my first bouquet garni in ages, and my first ever beurre manié (as magical as making roux, but without the heat).

It was very good, and very, very rich. 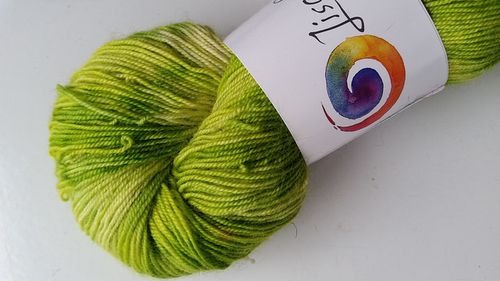 On Sunday, I actually took some photos and updated my Ravelry Stash! Nine new items and I'm looking forward to doing more. That's one of two gorgeous skeins of Lisa Souza's BFL Sock that I bought last year at Stitches Midwest -- obviously not yet knit up and joining many other like it in my stash, which is the main reason that I didn't go to Stitches last month, nor Wisconsin Sheep & Wool earlier this month. Not usually too bothered, the stash is making me feel a little nutso right now.

Haha, yeah, it's gotta be the stash that's making me nutso!

I met Ali over at Mom & Joe's so I could watch Junah while she mowed the lawn and gave Joe's hair a trim, and we all watched football!

And, on the last day of summer, Rusty & I took the air conditioners out. We still haven't switched the screens for storms, and thank goodness because this week is going to be stellar in the weather department. 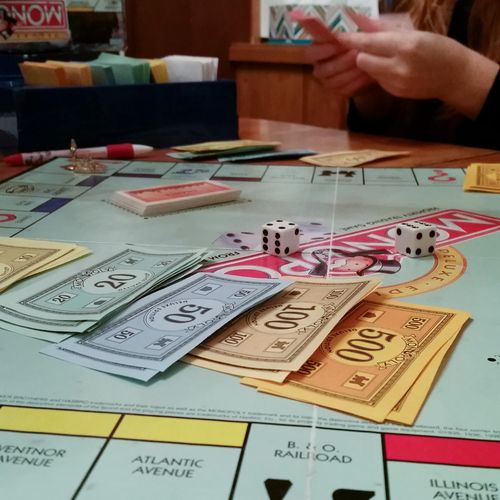 While Rusty finished up his preparations prior to departure for ArtPrize, Katie and I played a fun game of Monopoly. I haven't played in a long time, and it was so much fun! And I'm not saying that just because I won (by a mile)! 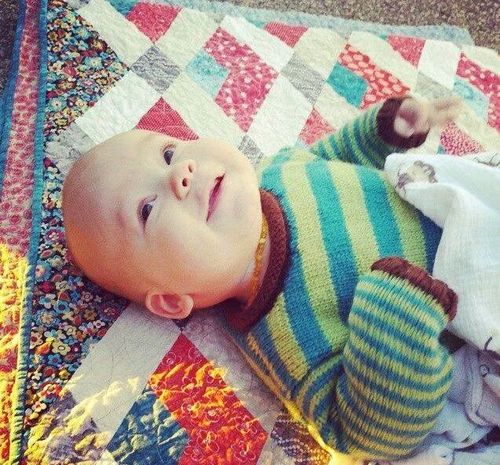 Hello! Just because... I love this photo from a couple of weeks ago. That's my modified Hug Me Pullover he's wearing... nice and roomy, and so darn cute.

Junah is just SO CUTE! Loved reading the article about Ali's shop, which is a place I hope to visit someday. You and Kate sure have a lot of fun together!

Sounds like a great weekend with lots of fun. Junah clearly has excellent taste in box bags!

What a wonderful weekend! I think maybe the secret to such a good time is that you're surrounded by FAMILY!

what fun! I love seeing the bits and pieces on Instagram and then on your blog it all comes together to tell the story. knee pudge FTW!

Art Prize! The jewel of West Michigan! If you come up to see it, give a hello shout at the Holland exit!

What a GREAT weekend! (And that Junah? OMG -- adorableness overflowing!!!!)