It's only natural
What's a knitting belt?

Ten on Tuesday:  10 Things I'd Save if My House Was On Fire

In no particular order...

1. Photos! They're all scattered at the moment, though, as we speak, there's another batch being digitally preserved at ScanCafe! 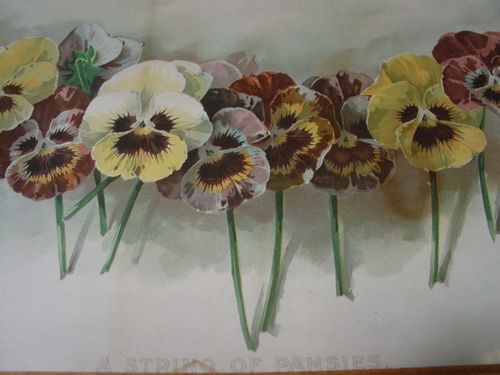 3. A few handknits. The beautiful autumn sweaters that Sharon knit; Parcheesi; Fib; Algiers; some of the baby things* I've made (heirlooms!).

5. A select few books. My Grandma Blum's memoir; the books that Maddy made for us last Christmas (above) (and so awesome); the equally awesome annotated Mother that she gave me a few years ago (below). 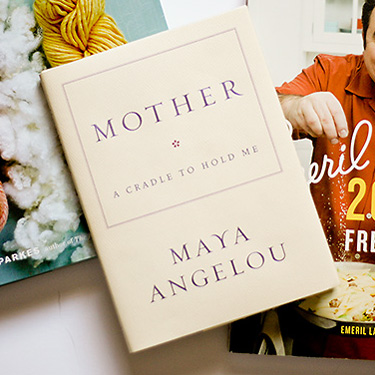 6. A few little "decor" items. Where Maddy makes books, Katie & Ali make... other things. The tiny bleeding heart blossom that Ali pressed between some plastic wrap and inserted into an old plastic slide "frame." The 3-dimensional heart/frame (also employing great use of plastic wrap) that Katie made when she was in elementary school. The handmade cards that Rusty's made, and the "clothesline" watercolor that he painted for me. A few little things like that...

8. Grandma Koenig's treadle sewing machine & "button bowl." Grandma's sewing machine has been "mine" for nearly my entire life -- since she died, when I was six. Mom "antiqued" it back in the day; I stripped it many years later; it was my "night stand" for many years (and would be still, if it fit). My button collection (with contributions from my mother, both grandmothers, and a great grandmother) is actually a green depression glass bowl that's part of a "console set" with a pedestal for the bowl and a pair of candleholders with painted wood "candlesticks."

9. Camera stuff. There's a whole lotta that, and I really need to get it organized.

10. My purse... inside of which are always my wallet, ID/license, phone & accessories, keys, a credit/debit card or two, usually some cash, insurance cards, a hair band, some coupons, and my library card!

*My brother-in-law told me that he caught a few minutes of a Harry Potter movie while Mack & Addy were recently watching and noticed Ron Weasley's sweater; he thought, "Hey, that looks just like the sweater that Vic made for Mack!" As well it should, made from the original Harry Potter Sweater Kit. He asked, "DID YOU KNOW THAT?" Haha. Made my day!

You have a house full of beautiful, memorable, and dear things that would be worth saving! How cool your b-i-l thought you'd created the "Weasley" sweater!

Grabbing the purse would be very smart! You've got practical and sentimental things on your list and that's good.

Gotta know: what's a knitting belt? I may need one....

practical, personal and memorable... also, you're going to need a few helping hands to get all that out of the house! (I enjoyed the Pansies link - didn't know that about you; pansies are favorites of mine, but I have no where near that collection!)