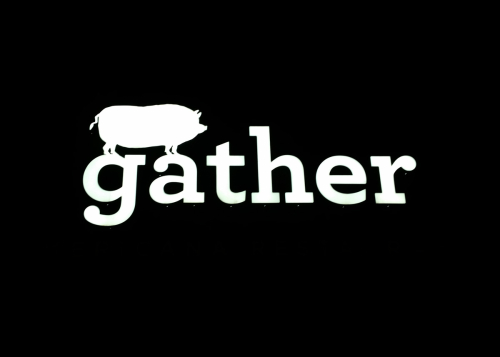 The weekend began with a company party at a local restaurant called Gather Americana. I've eaten there a few times before and it's always quite nice. 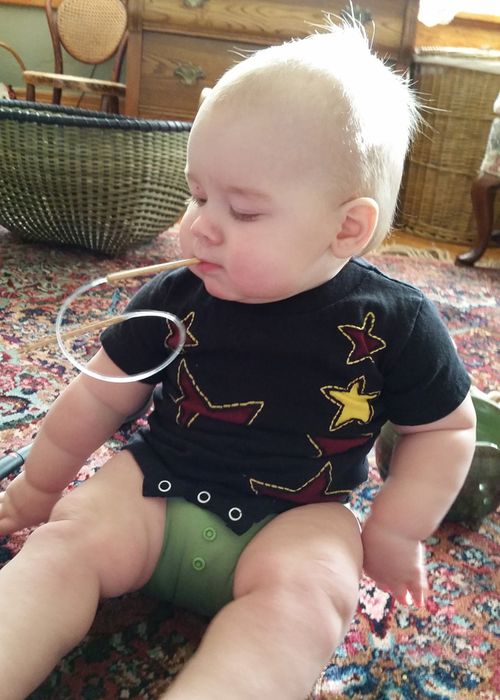 I spent the entire morning on Saturday with Junah. He came over bright and early (I was still in bed because, you know, party... and his mom never confirmed the actual time with me) and we had a blast. He discovered some needles and I let him play with some wool... in a few years we'll get that all working together.

He's wearing a 12m onesie that I embellished with some reverse applique stars -- and it's too small. Those cloth diapers/covers are so much bigger than disposable, it's tough finding a onesie that fits. He'd had a little blow-out and no extra clothes in the diaper bag. I threw what he was wearing in the washer, but this was all I had that was even close to fitting! 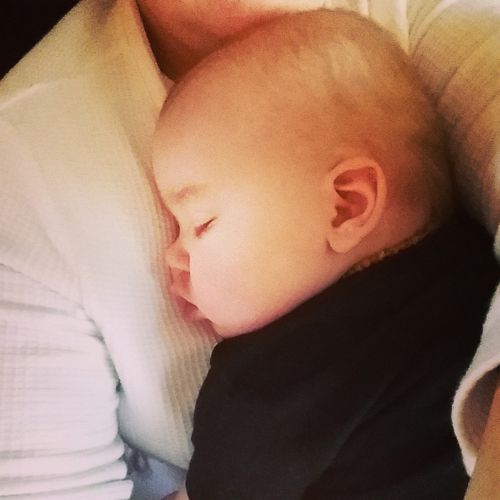 We did a little of this, too. So sweet.

Rusty & I drove out to the east coast of Wisconsin on Saturday evening for another party! 'Tis the season!! My big accomplishment on Sunday was sewing in the zipper on a hoodie for Junah. It's been on the list, with wires inserted, for quite a while now. The yarn is super bulky, so the stitches very large, and one of the problems/reasons for procrastinating was that my original zipper had a fairly narrow tape. I liked it better, because it had heavy duty teeth instead of a coil, but I needed something easier to work with for my first zipper install. I used some Button Craft thread, Splityarn's Zipper Tutorial, and did my best. It's not going to win any awards, but it zips.

Finishing baby knits... MAN, they can be a lot of work! I love Caro's tutorial and will definitely use that method again on a finer gauge project. Next time I make that hoodie (and I already have the yarn), though, I'm going to try Techknitter's No-Sew Method (video here).

Anyway, that phase is done and now I just have to seam up the sides and arms.

My day off this week is TODAY rather than Wednesday. I have some plans, and I guess it's time to get to them!!

Sounds like a busy and fun weekend. When I need a zipper put in . . . I just hand it all to my friend Lois.

ohhh there's nothing better than the snoozy baby. Cute sweater!

I think Junah is putting the needles to good use and I love the onesie, even if he only gets to wear it for minutes instead of months. Hopefully his hoodie will fit better for longer - love the color and the zipper!

Junah is the cutest! The zipper looks pretty awesome and bright blue will be a great color on him.

Sleepy Junah . . . such a dear! (Nice sweater! That will come in so handy for the little guy.)

all so good - but sleeping baby and a sewn-in zipper are my favorite parts! (I have my first babysitting gig a week from tomorrow - canNOT wait!!)