April Birthday #1
It Was 30 Years Ago Today

Fair warning: This post is probably going to be nothing but Junebug news. 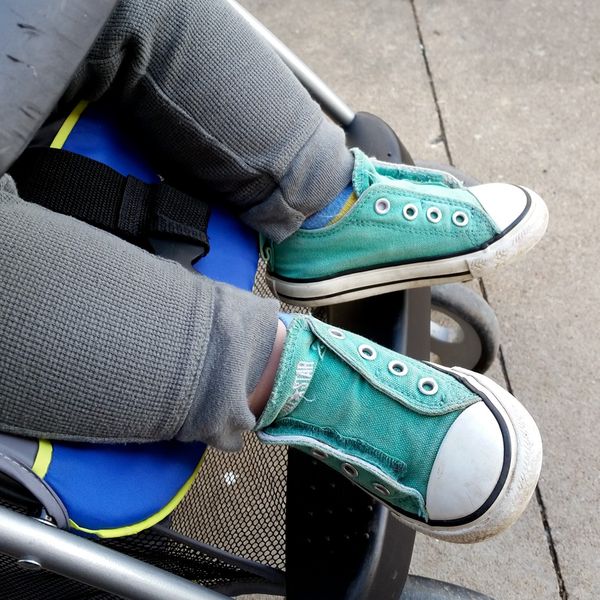 Baby All Stars! Junah's wearing SHOES!! The most adorable things ever. 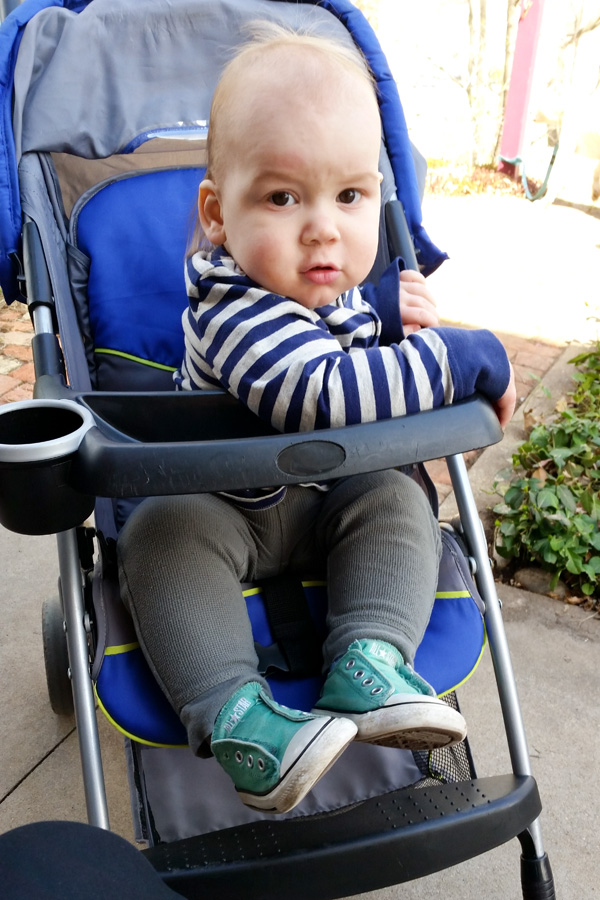 He's not only walking in them, he's practically RUNNING! Also, CLIMBING STAIRS!! 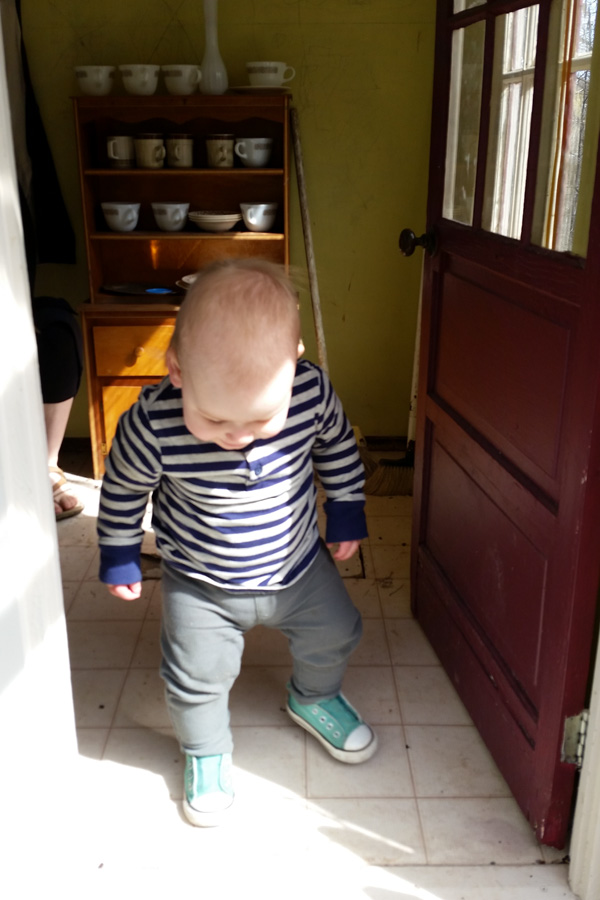 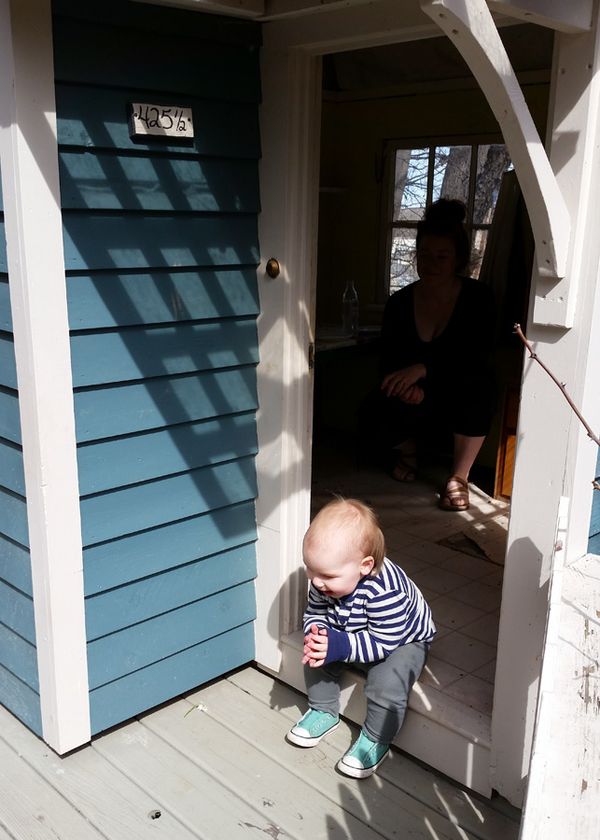 He was over for a while on Wednesday, and discovered the playhouse for the first time! 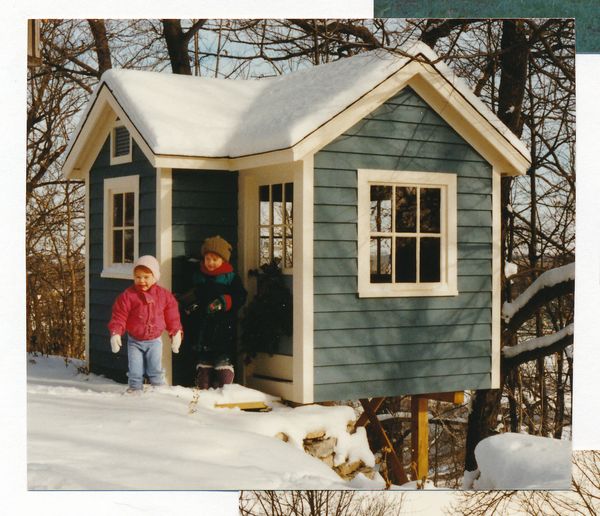 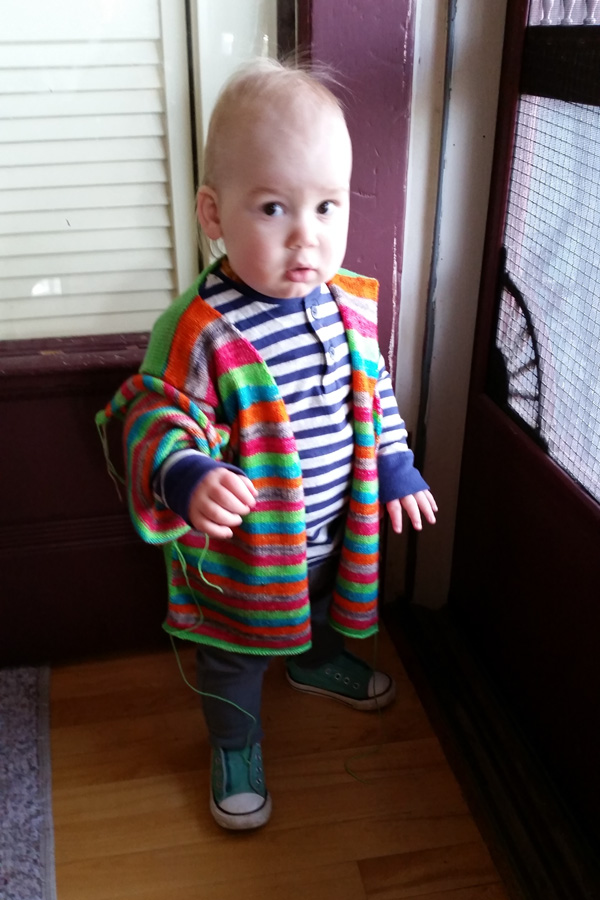 I'd begun sewing up his sweater that morning and took the opportunity to try it on. It is, indeed, very very big, but also so freakin' adorable!! 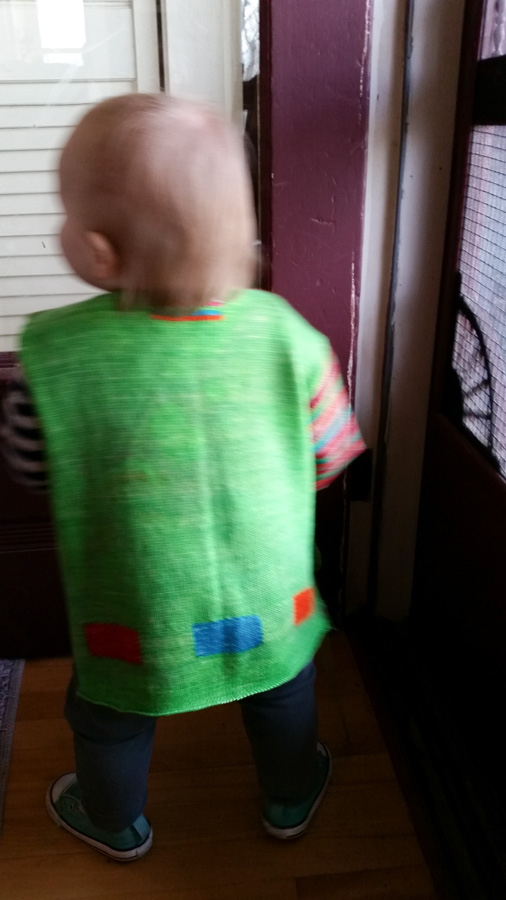 I did some little intarsia colorblocks on the bottom back, thinking that I wasn't going to do the stripey square at the neck... but by the time I got there, I just had to! My intarsia work is not going to win any prizes! 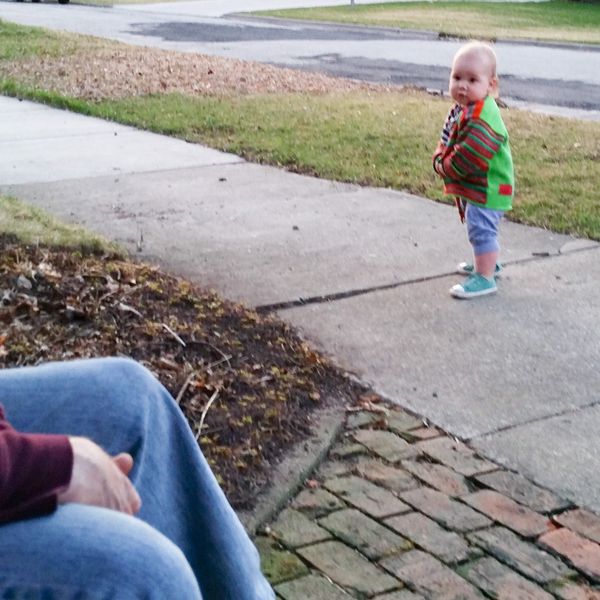 I watched him for a while last night -- after I'd finished the sewing up at Knit Night -- so tried it on again! All that's left is the button band and to find some cute buttons. I am loving that little cardi, and cannot sing high enough praise for Julia's Striping Vesper Sock Yarn. I have plenty of the 2nd hank left, too, so watch for a hat and maybe mittens for next winter! 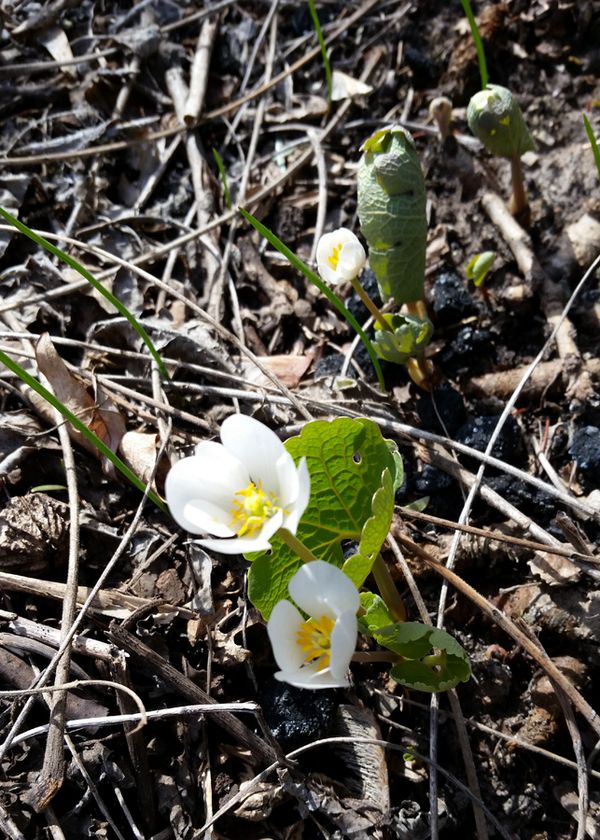 Bloodroot! There doesn't seem to be quite as much, but it may also be early.

Have a fabulous weekend!!

I can hear him stomping and laugh, enjoying the freedom of spring, new shoes, and the attention of all around him. He is so-so-so cute in the sweater!!!

He looks so cute in that photo with the sunshine - like he's jumping in the sun! That sweater will fit for a good long time and that's a great feature in a hand knit.

I was talking to someone the other day about how adorable baby athletic shoes are. It's just flat not fair.

He is the cutest little man ever and your cardi makes him look very artistic indeed at least to me.
Thank you for sharing all these wonderful photos with us!

so cute! I'd be stomping up a storm in those shoes myself ;-) Junah posts with a bit of spring thrown in are surely my favorites...hope you had a great weekend, too!

OMG! Look at that smile on his face!!! And THOSE SHOES!!! So cute. Thanks Vicki!