It felt so good to spend some much-needed KonMari

time in my workroom on Saturday. That nice new worktable is wasted if I can't even move around the room!

Over a year ago, when we cleared all of our stuff from the upstairs apartment, I came across some old t-shirts that Kate & Al painted when they were little. I put them aside. Never intending to keep them (the paint is thick, cracked, brittle), I did want to photograph them, though, before I tossed them out. 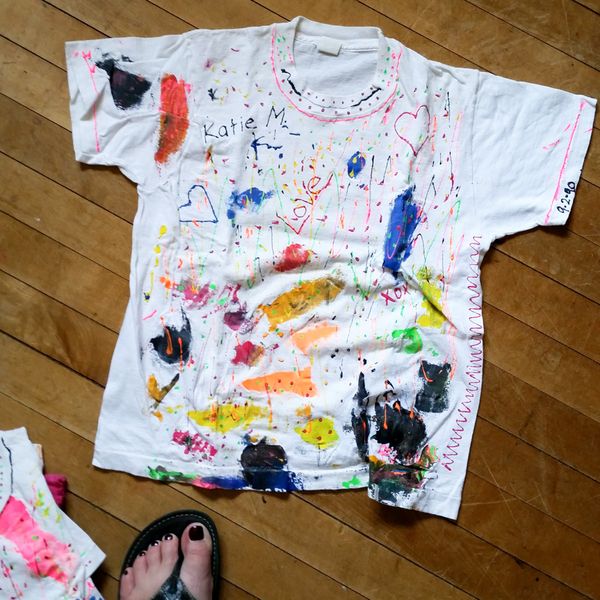 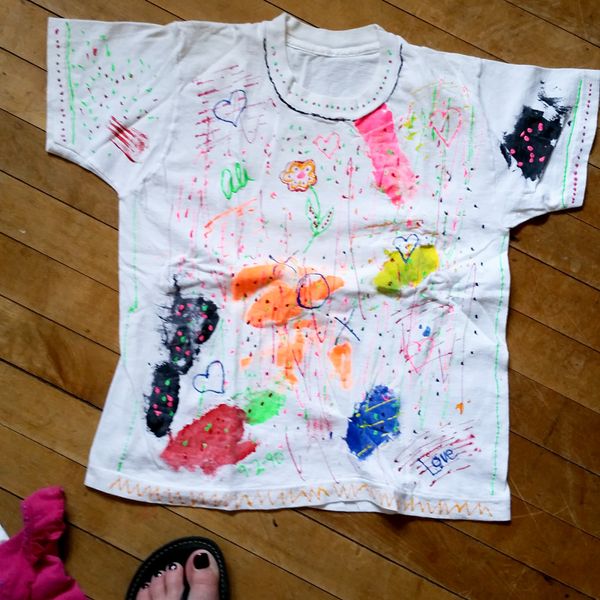 The date is right there on the sleeve of Kate's shirt -- Sept. 2, 1990! Almost 25 years ago (don't judge)! Kate was 5.5 and Ali was 3.5 and I was pregnant with Maddy, though I don't think I actually knew that at the time. We did this as a group in the back yard at Karen's house and Sharon was there, too; now and then, I run across a few photos of the weekend. Fun.

There were also these: 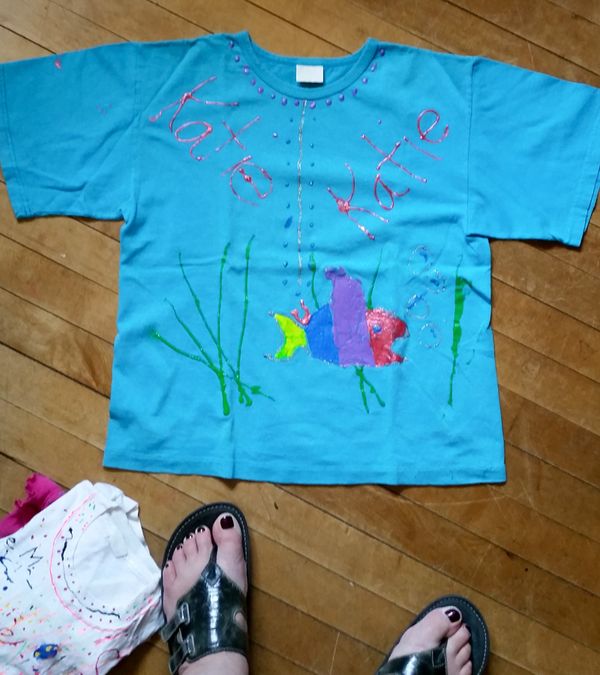 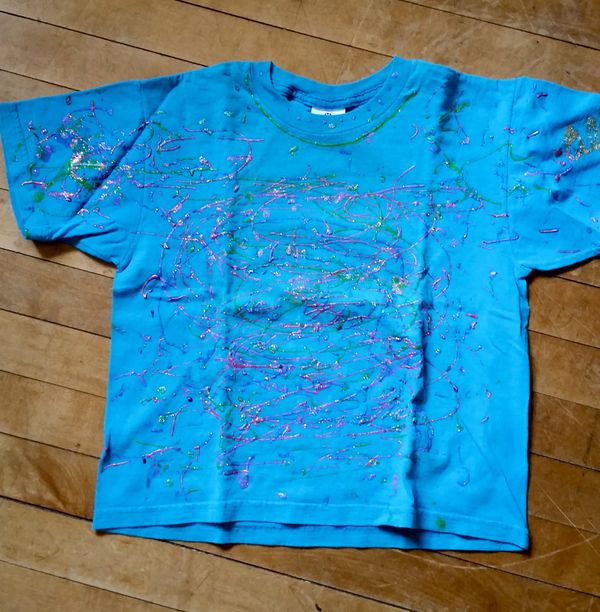 A year or two later, the last two were done at the cabin with paint and glitter (not glitter paint), and the sparkles were everywhere -- in the grass, the cabin, the outhouse, at the shoreline, on the bridge!

I photographed all of them, salvaged or tossed, then cut and traced and cut some more, celebrating the day's accomplishments by making a pair of Big Butt Baby Pants for Junebug. 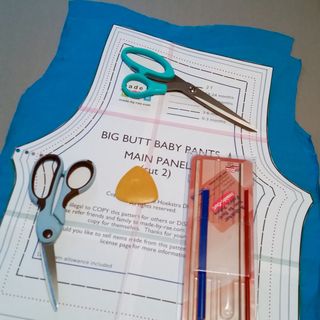 It's my second pair of BBBP, and the first in jersey, so I also used my walking foot for the first time (and I am in LOVE with it!). 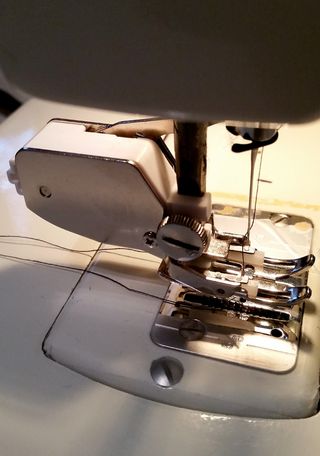 Everything's humming on the old Husqvarna, except that the stitch selector knob won't budge. This little workhorse will do knits even better when I can change the stitch!

As is... I made a little right-side/wrong-side error in cutting, so one leg is inside-out, but oh well; and fold-over elastic would have worked and looked better, but I don't have any. The stretch made it easier to ease in the "big butt" expansion panel without puckering, but didn't do the waistband any favors. 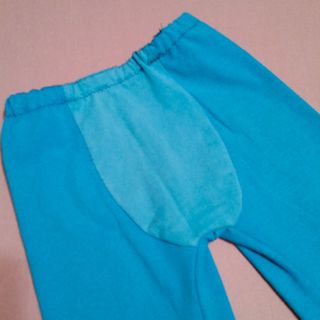 They were a bit of an experiment and I'm calling it a successful one! I learned a lot and Junah's got a (quirky) new pairs of pants.

Ali sent me some action shots: 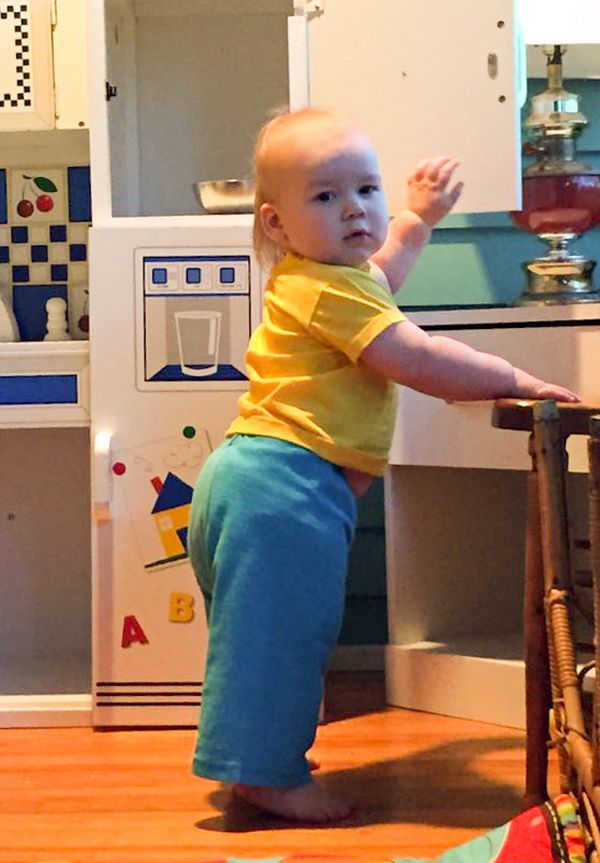 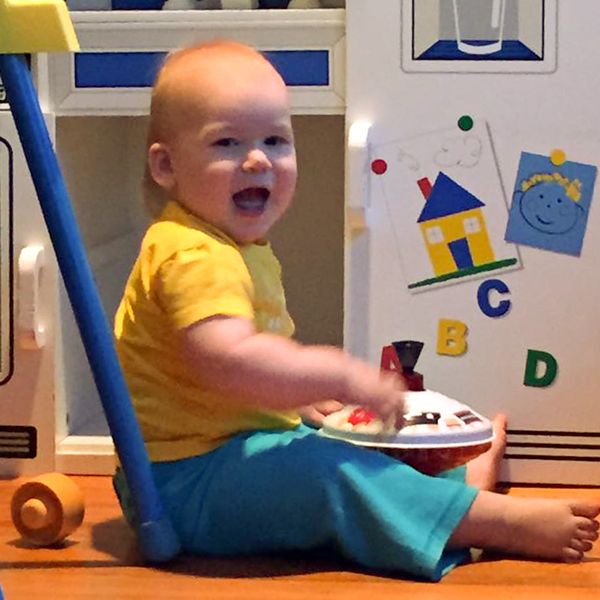 They fit perfectly, and I think he likes them!!

They look comfy-PERFECT! What a great way to recycle those very special t-shirts.

Excellent idea! I never thought of using the walking fit for knit fabric, I guess because I generally use my serger, but it's good to know that it's an option.

The first thing I did when I saw that smile was laugh out loud! He's so funny and the pants are perfect!

Those pants look like a perfect fit! I don't see any errors, just design elements, and Junah looks thrilled with them!

Such a handsome boy in his comfy new pants!

I love that you up-cycled those t-shirts! Junah clearly loves his pants and what a perfect fit!

What a wonderful way for shirts that you loved, but no longer needed to be something loved and needed again. I keep resisting the AL Chanin (Did I spell that correctly? ), but I keep seeing your wonderful projects and get so tempted to play too. Maybe when we finally manage to clise on the house and the sewing machine is found again. It's somewhere in storage my husband a sures me.