It was a long-overdue, really great, and very productive weekend! I'm not very good at holding back and parceling out the goods, but I thought I'd try and only post about one thing today; the danger is that I begin to think of things left for later as "old news" and/or something else comes along. I accomplished a lot, though, and I could be "Weekending" almost all week!

I'm not even going to start at the beginning. Here's the scene at my kitchen table on Sunday morning: 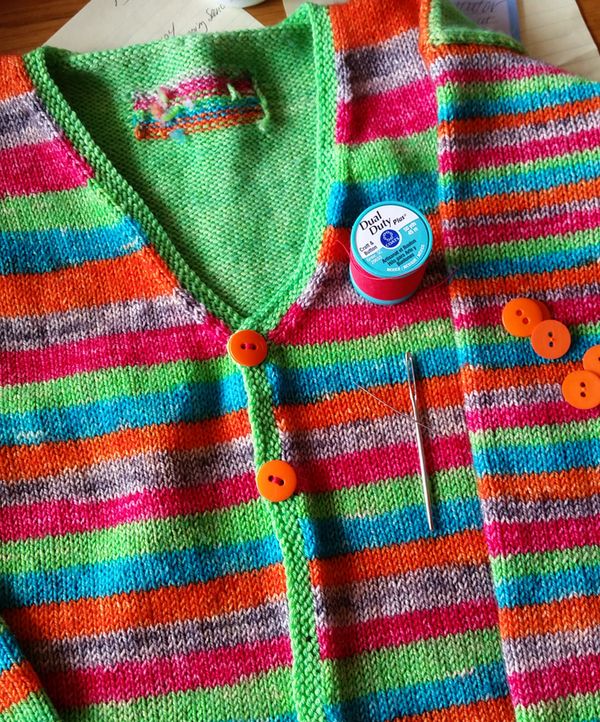 One of my errand stops on Saturday was at Joann's to find buttons for Junah's sweater, and I took some time on yesterday to sew them on! That results in an FO! 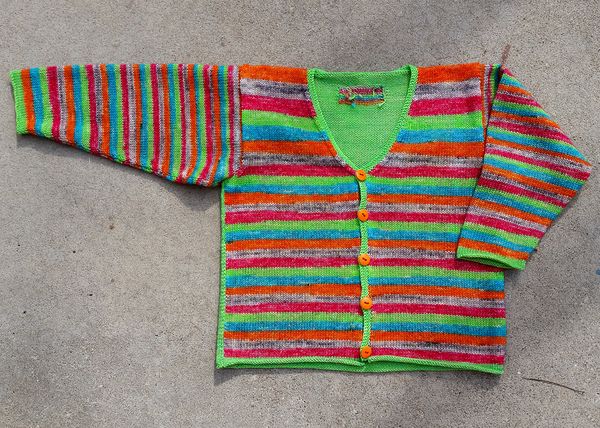 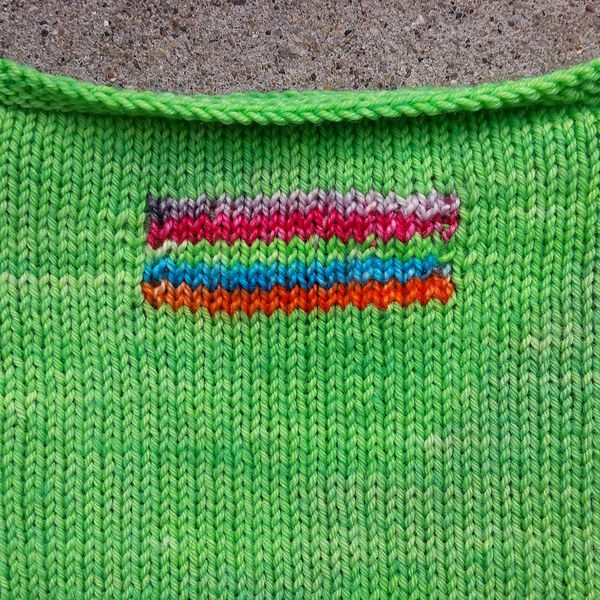 At first I thought that stripey intarsia block at the neck in back would be too fiddly, but I'm not sure how I reasoned that THREE intarsia blocks across the bottom would be any easier? Because they were solid and not stripes?? Heh. As it turns out, I did both.

There was some operator error in the soaking for blocking process and a bit of color bled to the back -- you can see it here. It might come out or fade a bit with another washing, I haven't done that yet. It makes me a little sad, but then I look at the blocks, the stripes, turn it over and look at the front, the buttons, all those MATCHING STRIPES -- I LOVE IT! 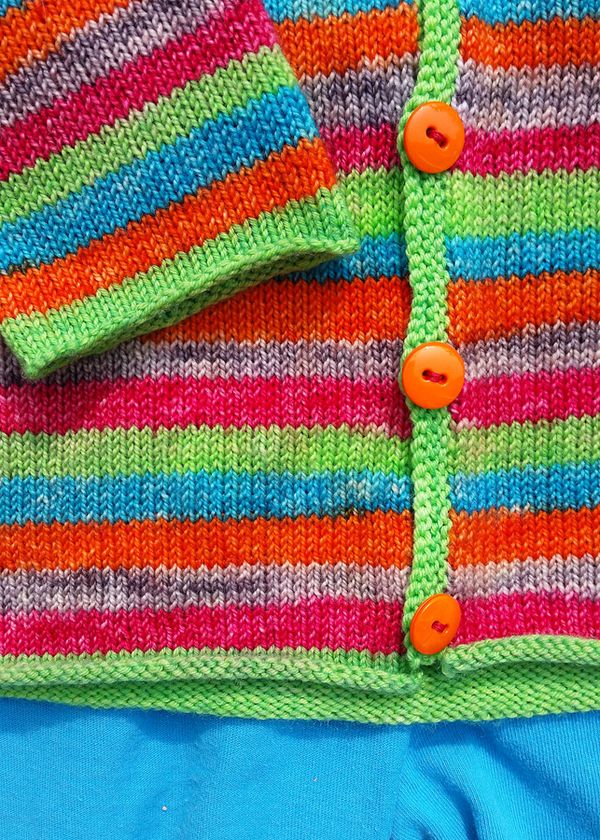 Stripey goodness. Julia's self-striping wizardry is out of this world amazing. 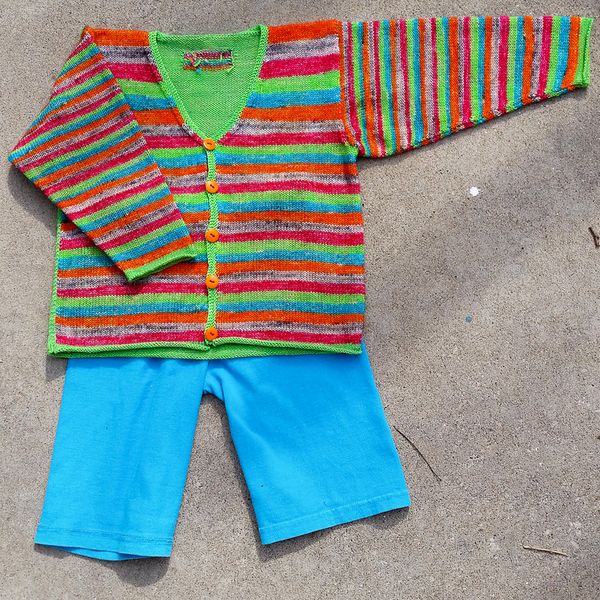 Oopsie! There's a sneak peek at something else I did over the weekend.

What a great sweater! I love how colorful it is and all the intersia! Glad you had a productive weekend.

The sweater came out beautifully!

So adorable! And you are absolutely right about Julia's mad stripey yarn skillz!

Can we pretty please see a photo of the little guy in this adorable outfit?!?

Wonderful sweater, I do love the color blocks. Especially the intarsia.

I remember a similar pattern on Knitty back in the day. But the colors on yours really make the sweater - just gorgeous!

Your first paragraph is me to a tee!
I LOVE this sweater and hope for some modeling shots with Junebug! You nailed it with this combo. He's the most dapper kid in all of WI!

Try a color catcher with the next soak, it might pull that bleed out of the back.

What a great outfit! The sweater is so adorable! All the color blocks look really amazing too! Can't wait to see it on the little guy. :)

too fun! the sweater is adorable and I can't wait to see Junah put all his moves on it! and I'm loving the thought of a whole week's worth of weekending posts!

Adorable! Such a cheerful outfit.

That is the most darling sweater!!! Love those bright colors -- and the stripes!!! Amazing! So glad you made it on the big side -- because he can wear (and you can enjoy) for quite a while!