It was quite amazing to realize on Saturday that it had been 39 years since I graduated from high school! It just simply cannot be, and yet the math says otherwise. Heh.

Saturday morning found us at the Outagamie County Master Gardener Association's annual plant sale, where this was a common sight. 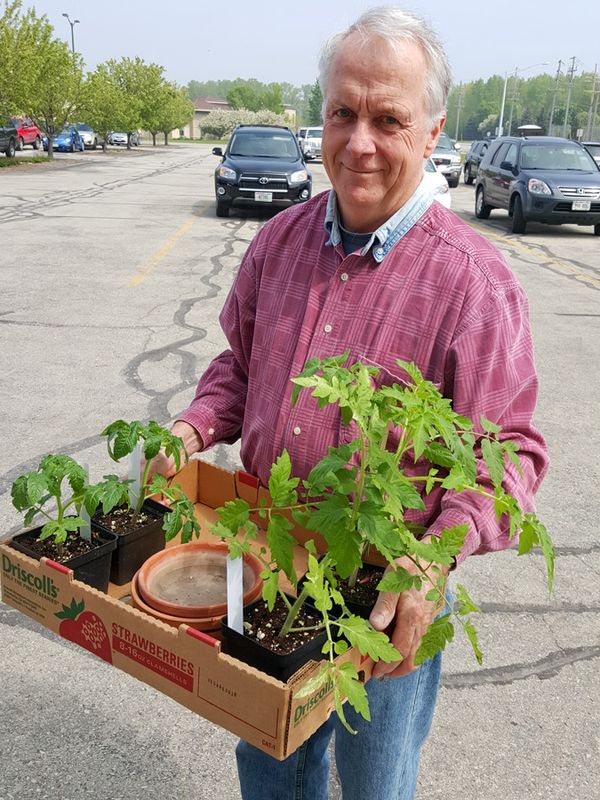 We mainly bought tomatoes; by the time we arrived, they were out of basil and parsley, but had a very good supply of hostas and daylilies (most of which they were practically giving away, and if you have a hosta garden, I'm sure you can relate). They had a good selection of perennials, all very nicely organized, but I have few needs right now in that department. We stopped at a nursery on the way home to pick up a few annuals for planters.

And it all got planted on Saturday afternoon! We may yet have a few iffy nights in terms of frost, but we'll keep a close eye on the situation. 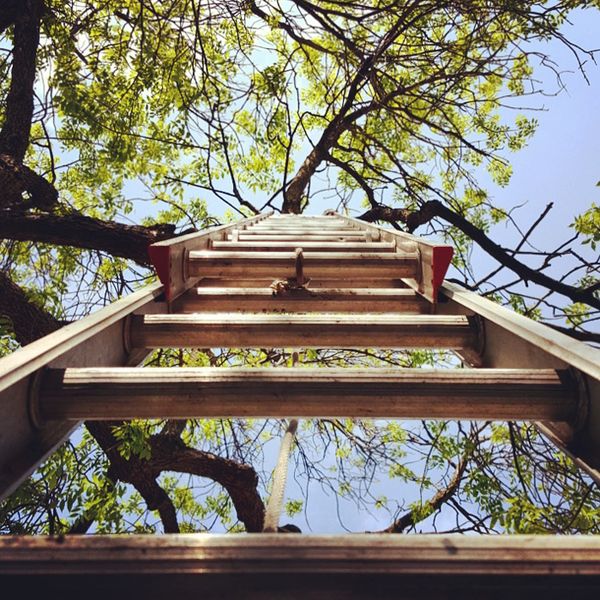 I stood by with phone in hand, ready to dial 9-1-1, while Rusty did a little trimming of one of the old ash trees at the front of our house. Yikes! There are a lot of small, straggly dead branches in those trees, but there was just a major one or two larger ones that really needed to be taken care of -- and were "in reach."

We also went to an open house at the former retreat center owned by the Capuchin Franciscan Province of St. Joseph, commonly known as Monte Alverno. The property is now owned by the Fox River Environmental Education Alliance (FREEA) and on Saturday local son Cory Chisel was named vice president of FREEA. He presented plans, hopes, and dreams for the property... which may become known simply as The Refuge (if my vote on the subject mattered in any way). 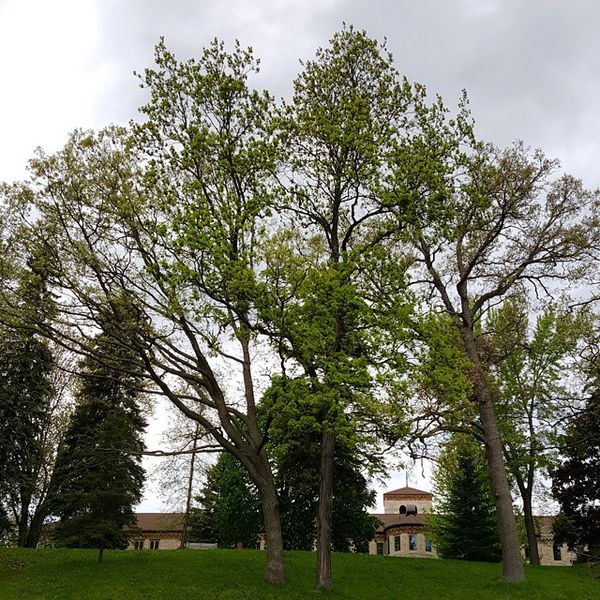 It's a beautiful property... with many bedrooms -- over 50!! I've always known it to be there but have never been until a few weeks ago when Kate was on a panel of judges for a local photography group and they had their meeting and dinner there. "Monte Alverno" is synonymous, in my mind, with "marriage retreat" because that's the only thing I ever knew of that happened there! 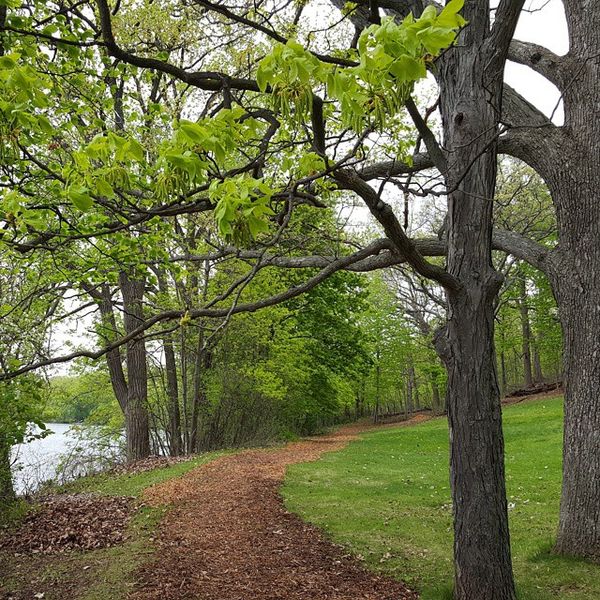 Not any more. Though, if you wanted to have a marriage retreat there, I'm sure you'd be welcome! Or any other kind of retreat... and, yes, of course I've thought of that! 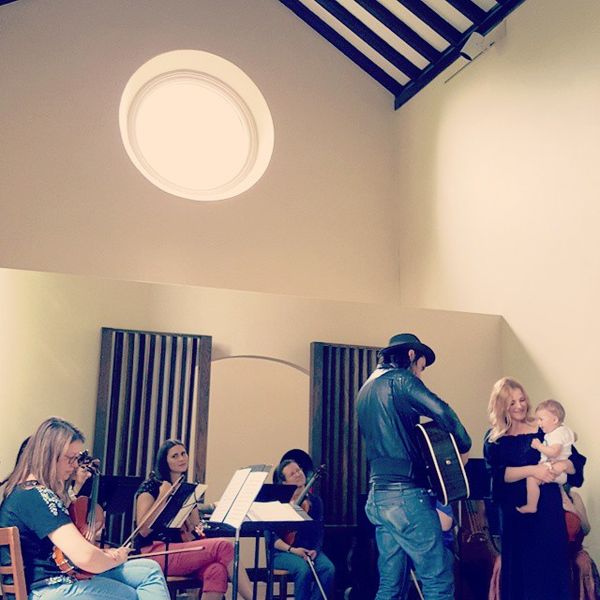 Cory and his wife, Adriel, were joined in the chapel area by their son as they sang, and the Fox Valley Symphony Orchestra looked on; the baby was adorable, watching his daddy play guitar. The sound in that space is amazing! It'll be fun to see how things unfold and develop there over time. 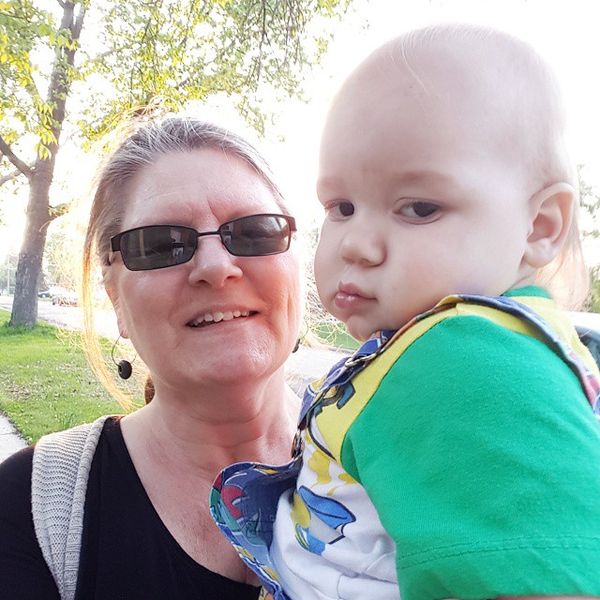 Junah came over for a while in the evening. I took him for a long walk in the stroller. He spent a lot of time going in and out through the back door (he likes to hear it slam!), going up and down the porch steps... always busy and moving! 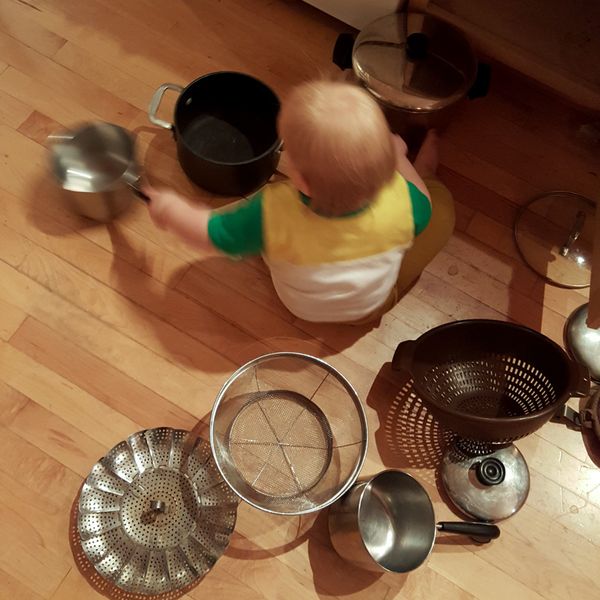 He has some favorite cupboards at my house, but this one is probably the favorite... and also the noisiest! I can't think of a more fun way to spend a Saturday night.

I also made this on Saturday: 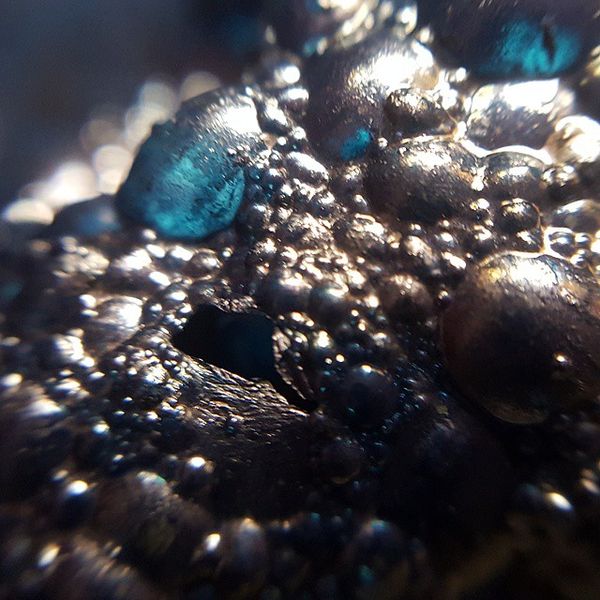 My cauldron is a 20-gallon trash can, which I stirred with an actual broom handle, and the bubble is called the indigo flower... sitting atop my indigo vat!

More on that tomorrow!!

What a wonderful and picturesque weekend! I can't wait to read (and see) more about your witches' brew; those colors are amazing!
P.S. Clearly the math is wrong, because it says I graduated from high school 40 years ago.

You had a BUSY weekend! And good for you for getting those plants in the ground right away. I'm notorious for buying them and then procrastinating on the planting.

What a weekend! Can't wait to see the results from your cauldron! And I can just see that guy laughing while going in and out and in and out...so fun.

Oh, those pesky maths! 38 years for me . . . since high school graduation. Looks like you had a wonderful weekend, start to finish! I'm loving that indigo flower. . .

boy did y'all pack a lot into one day! and wow - what fun! (hope you got some rest yesterday ;-)

Do we have to talk about the maths? I'm 3 years away from 50!! The slamming of a screen door, the banging of pots and pans, all sound like the iconic childhood. Junah is having the time of his life (and so are you!). Eye of newt! Can't wait to see and hear more of your indigo adventure. If only I could apprentice!

What an amazing day! I can't wait to see what you do with the indigo; that is something I really want to do one of these days. :)