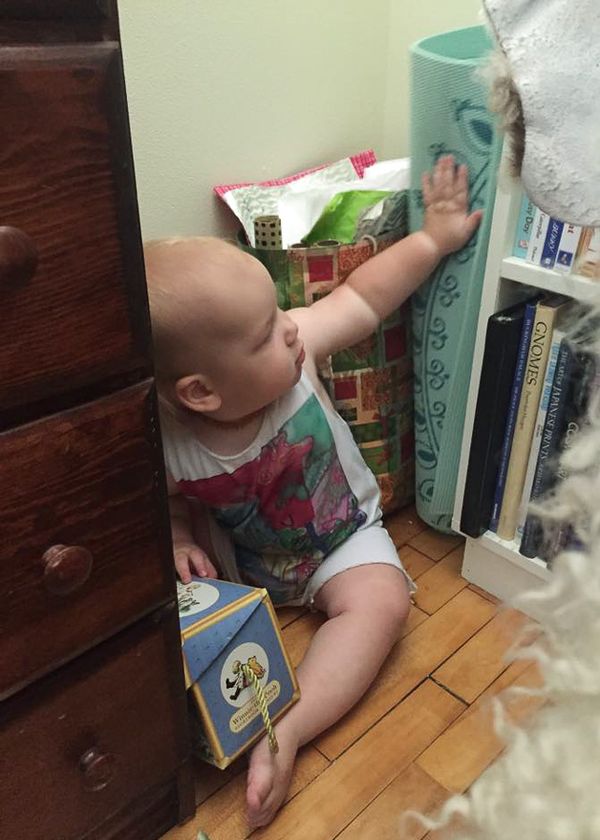 Every once in a while a company called Artsonia sends me a notification that one of my nephews has had new artwork from school uploaded on their site. It's always fun to see the boys' projects and I am able to order their artwork printed on all sorts of items, from mouse pads and coffee mugs to tote bags and t-shirts.

Until now, I've appreciated their creations but never ordered anything. Then, a few weeks ago, I received notice of this: 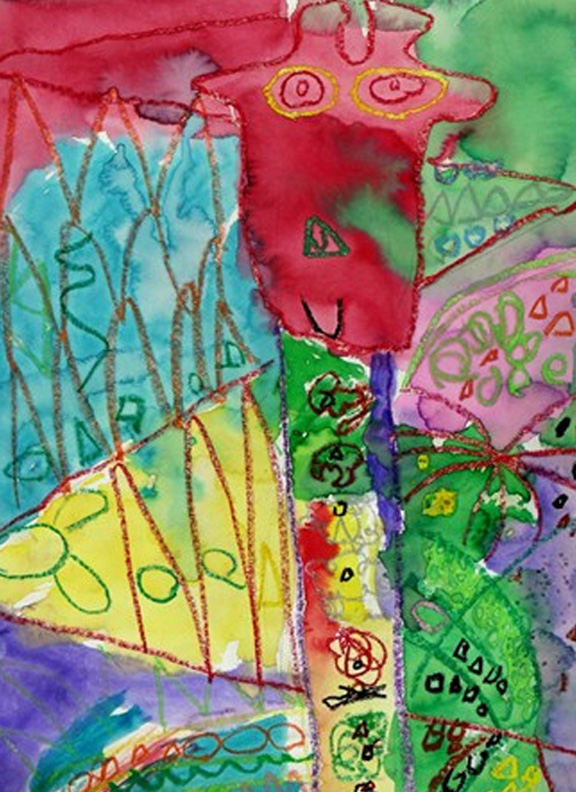 ...and my heart skipped a beat. First of all, ADDISON! Second of all, GIRAFFE!! And third of all, HAVE YOU EVER IN YOUR LIFE???

I immediately ordered as large a t-shirt as I could, with the idea of refashioning it and making something romper for Junah. Unfortunately, I was so excited that I didn't read the full description of the shirts and ended up with a shirt made of 100% polyester instead of 100% cotton. 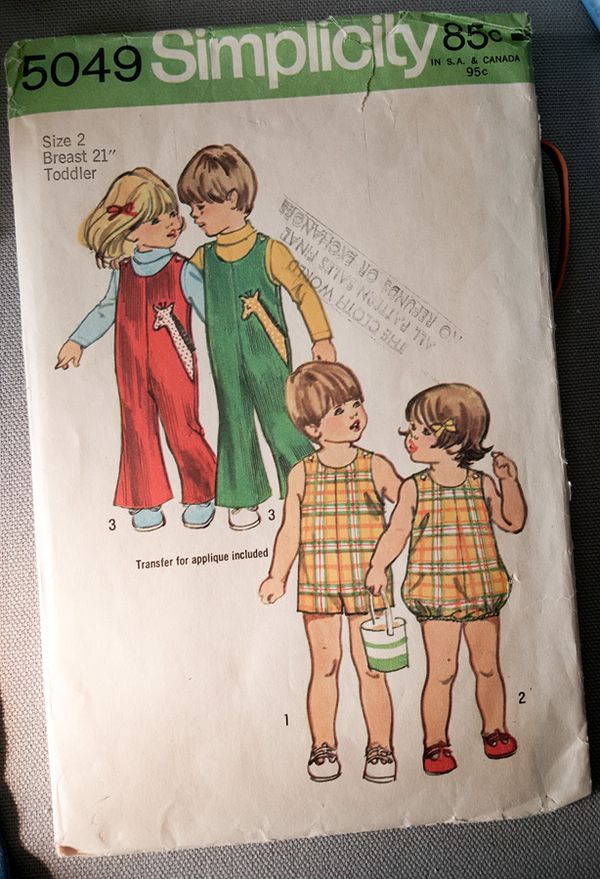 Going in head-first, I pulled out this old pattern that was Mom's... I'm not sure why I have it (and just a couple of others), but I do. I knew I was in for it right away because the pattern has two pieces for both front and back, with shaping for the legs, and I wanted the front to be all one piece. Without thinking too hard, I made some adjustments that I thought would compensate. 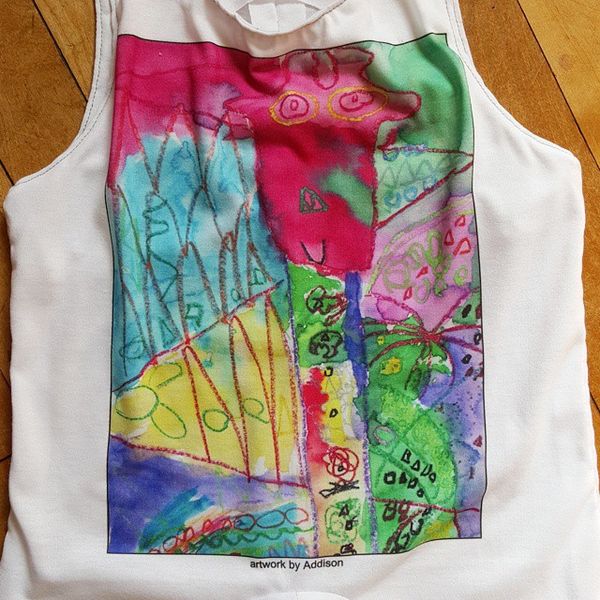 I muddled my way through and posted the "finished" photo above to Instagram. 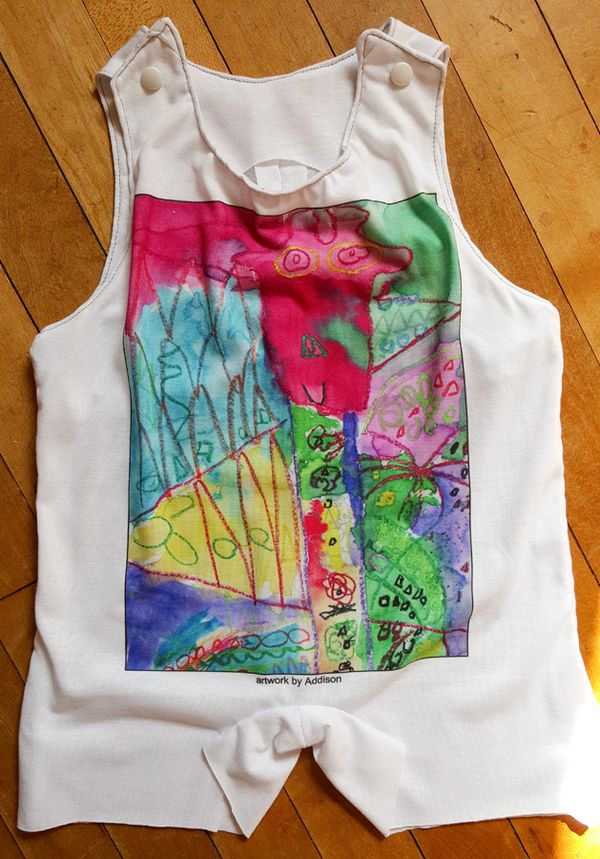 The original photo shows that I hilariously cropped both the messy top part and the terribly wonky bottom/crotch area in that photo. I wasn't too broken up... because polyester shirt. I was (and continue to be) all about THAT AMAZING GIRAFFE! If the romper didn't work out, I'd reclaim the giraffe and put it in a frame.

Experimental as it was, it would still be nice if Junah could wear it! I did a little after-the-fact research and concluded that some sort of gusset was in order. The seam ripper appeared & fixing commenced: 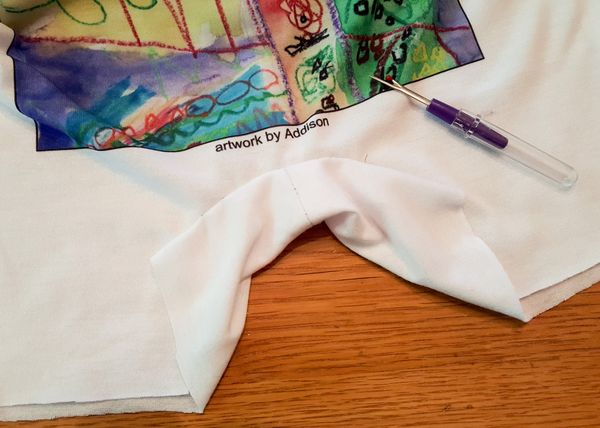 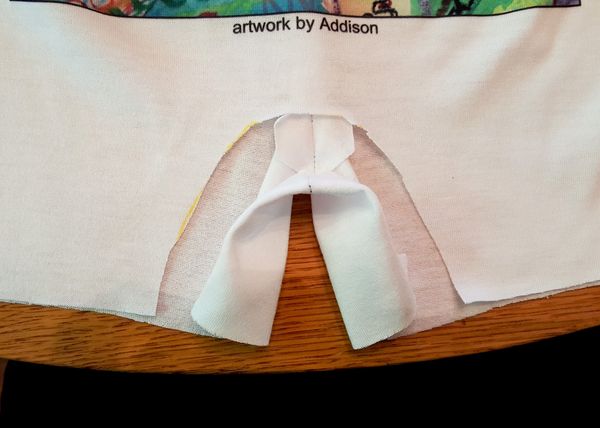 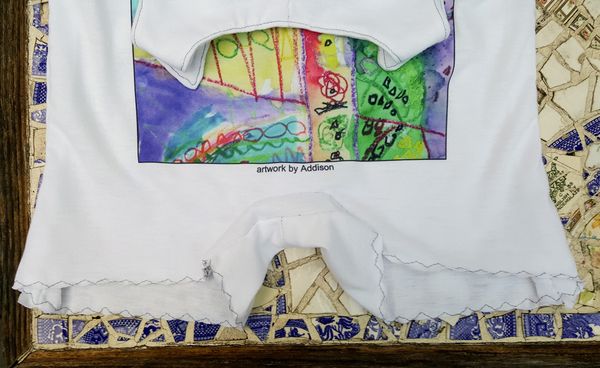 I had done some weird cutting and couldn't come back from that. I also had no idea how it was even going to fit him so I just did some stitching instead of hemming. The whole thing was sewn on the machine using a stretch stitch and Maxi-Lock thread.

It's not going to win any prizes, but it turned out pretty cute overall. I know what to do to fix it next time (and also found some patterns more in line with what I'm trying to do)... 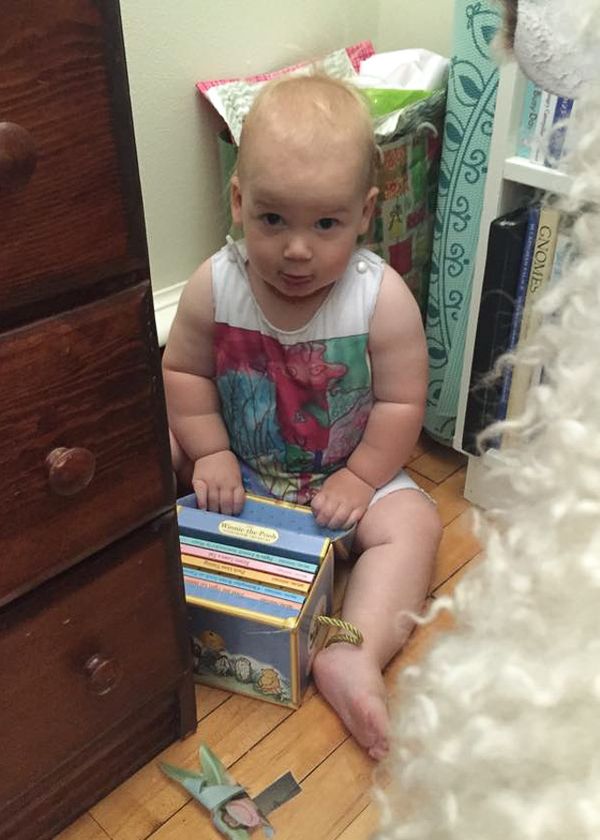 And seriously, how cute is he? 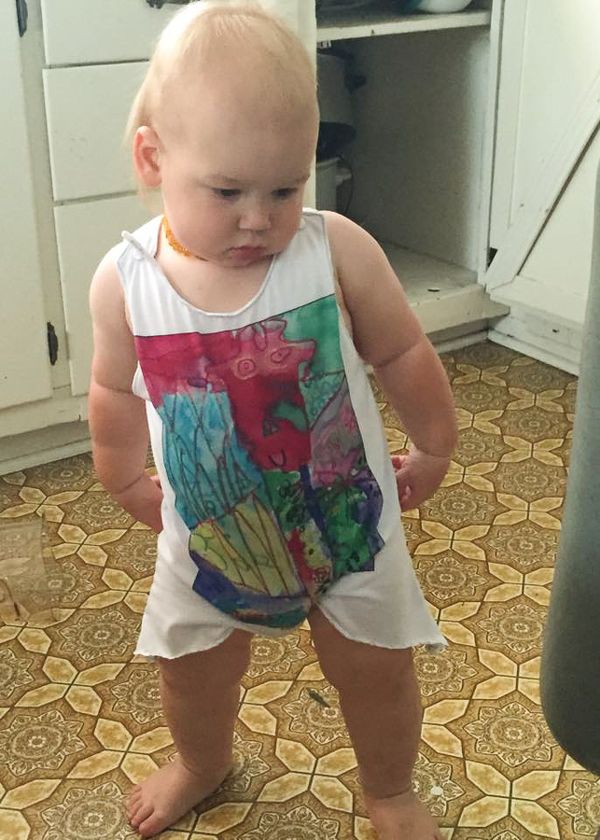 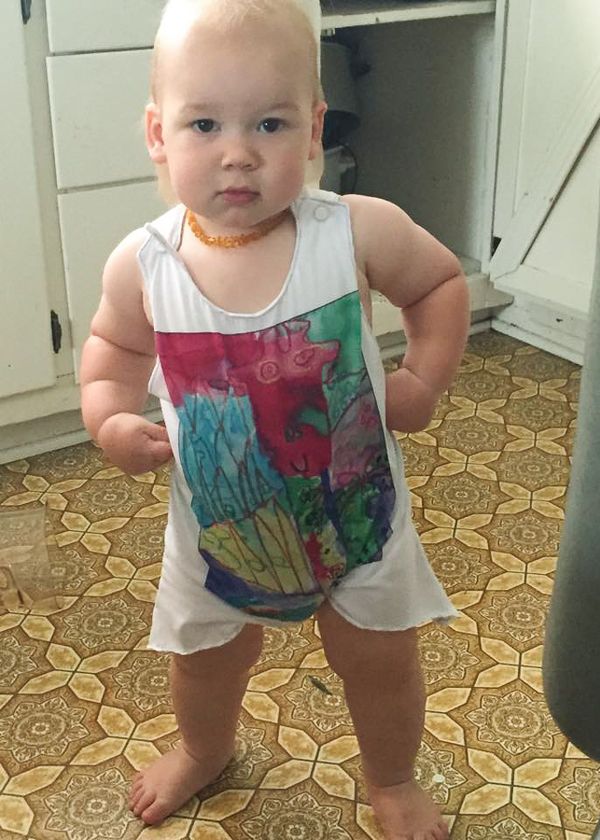 Ali said that he had a big cloth diaper & cover on and there was still plenty of room; it bunched up a little around his diaper from sitting/standing, but it wasn't pulling anywhere.

It was a great learning exercise. The next one will be a bit more refined, and there will likely be a few more after that!!

He's just too, too cute and how fun is it that he's wearing his cousins incredible art work!? I think you're onto something there, Vicki!

What a great way to showcase Addison's artwork! I admire your determination in getting it done. And, as my sewing teacher taught me, done is better than perfect!

Artwork by Addison on Junah by Grandma -- fabulous!

I'd have to say the project is a big success on many levels - but that last photo with Junah and his arms akimbo is totally priceless!