Until we checked the admission price (especially as related to the time we'd actually spend there), we'd considered visiting the Biltmore Estate on the southern edge of Asheville on Saturday.

Instead, we drove a little further south to the Carl Sandburg Home, a National Historic Site run by the National Park Service. And what a wonderful decision it was! 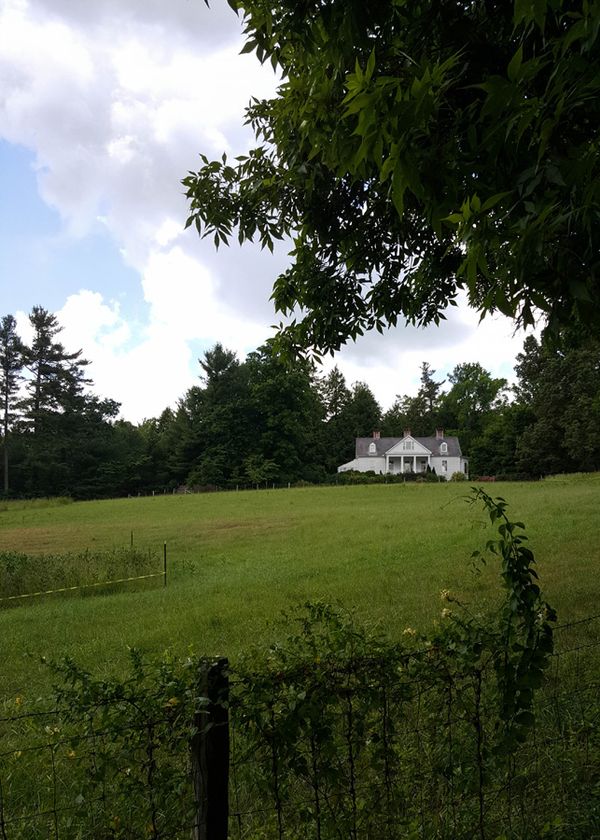 There's a nice hike up to the property from the parking area, and soon enough the house comes into view. 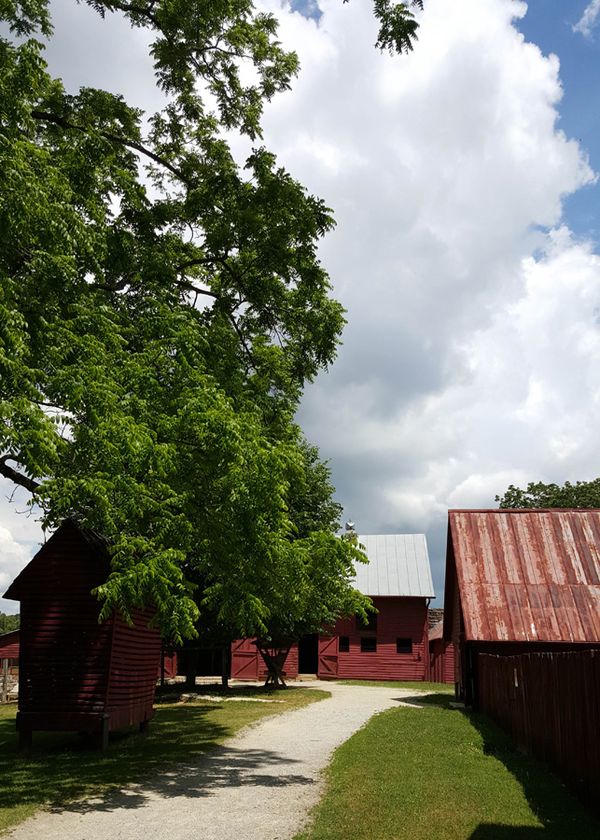 Carl was born in Illinois, his wife Lilian in Michigan; they met in Wisconsin when they both were members of Wisconsin's Social Democratic Party. Strong ties to the Upper Midwest/Great Lakes. 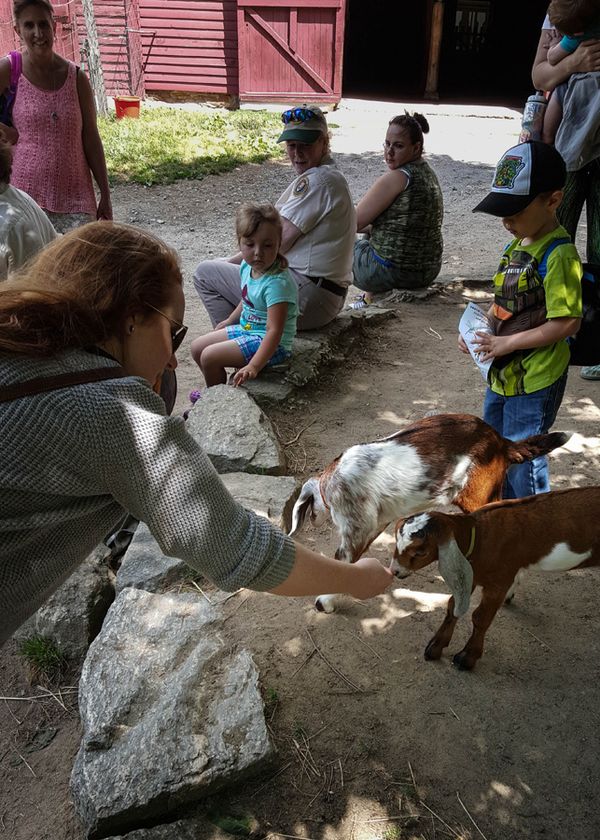 Katie made friends with the kids. 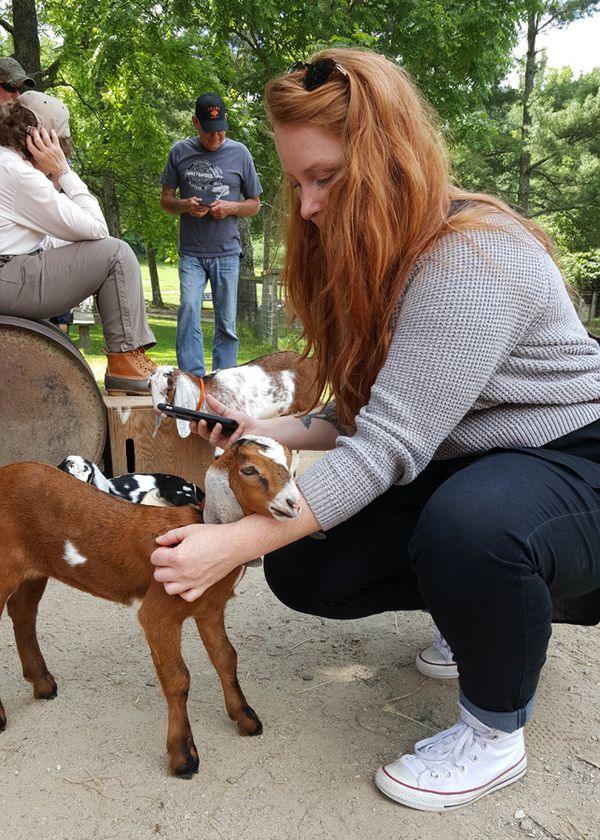 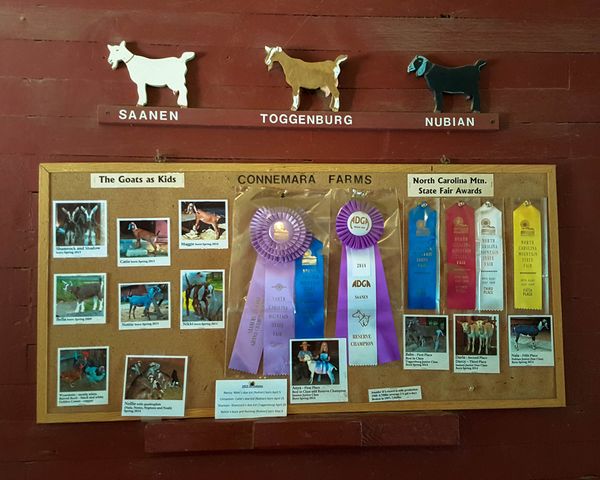 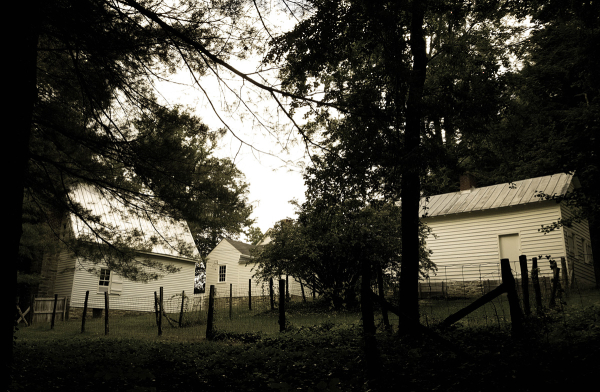 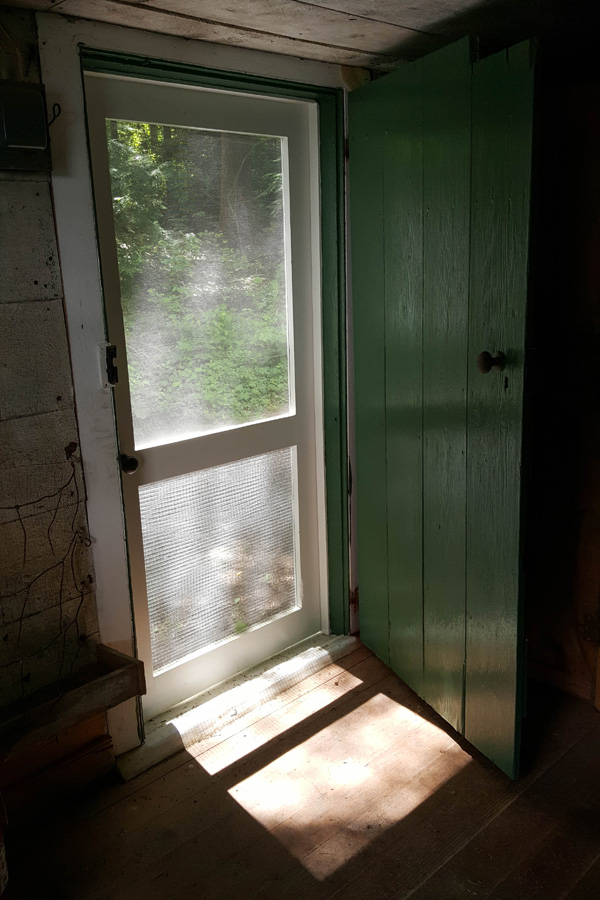 The original chicken house is enormous! 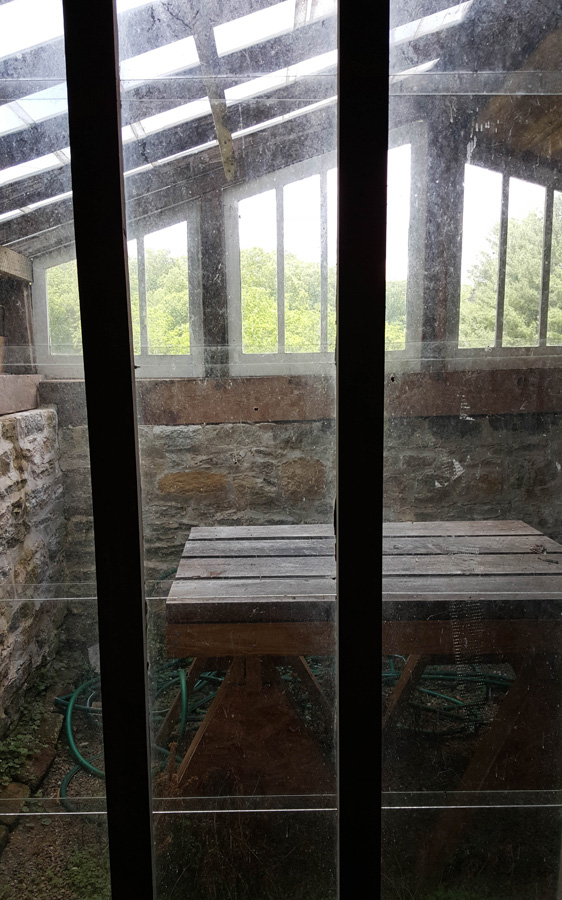 Inside the greenhouse, above. 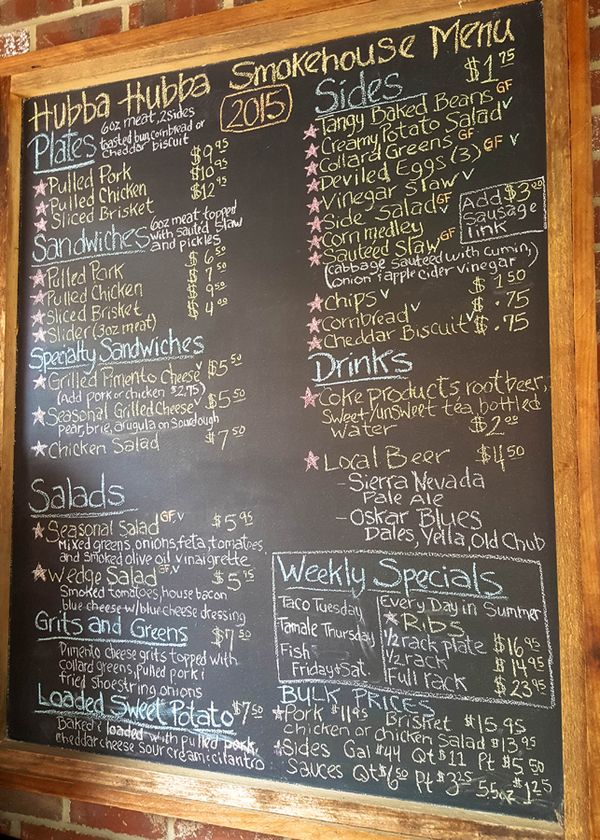 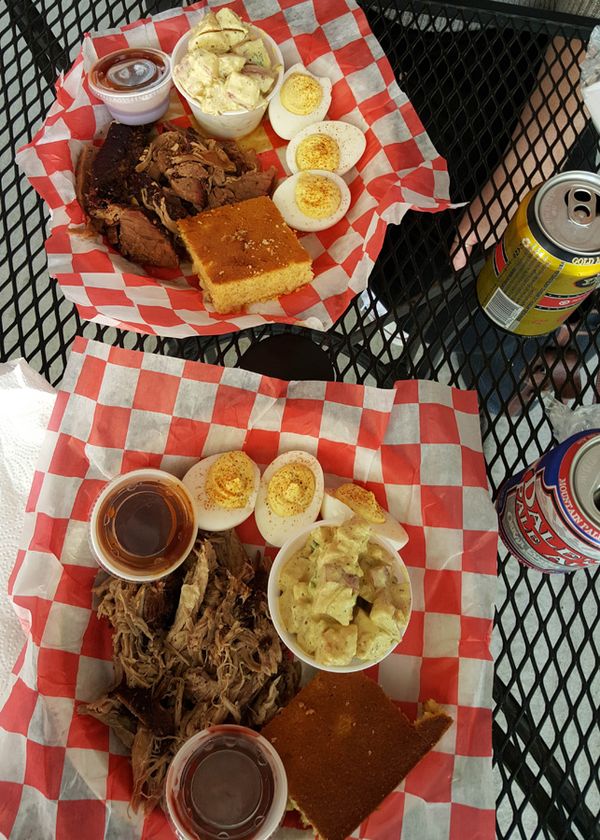 When in North Carolina... BBQ for lunch again! This time, it was at Hubba Hubba Smokehouse in Flat Rock, and it was fantastic! We obviously loved the idea of deviled eggs as a side option! I knew we were officially in the south when I saw pimento cheese pop up on the menu a couple of times.

And, you guessed it, we hit the Blue Ridge Parkway one last time... 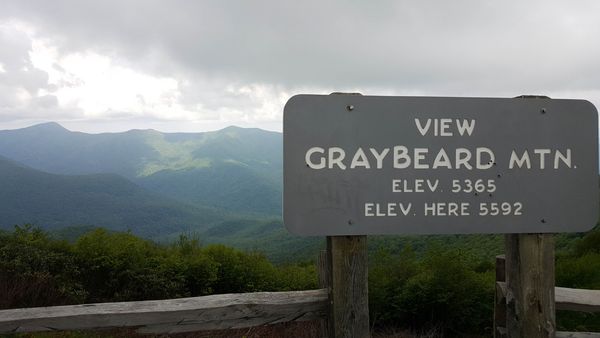 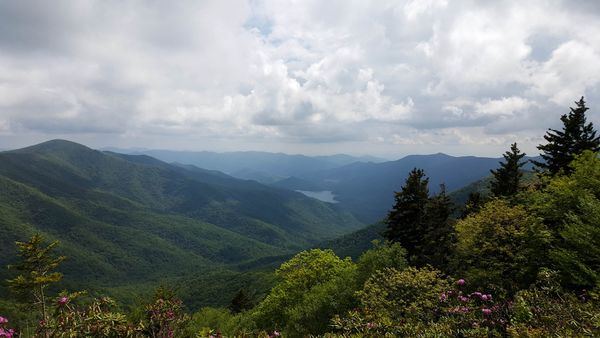 We made it to the top of Mount Mitchell, the highest peak east of the Mississippi, but the very top was in the clouds! So cold and windy, too. 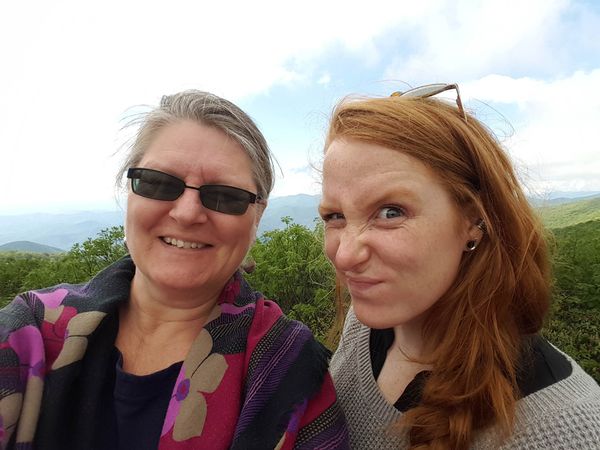 I considered buying a sweatshirt, but reason prevailed... we were only there for a short time before heading back down. 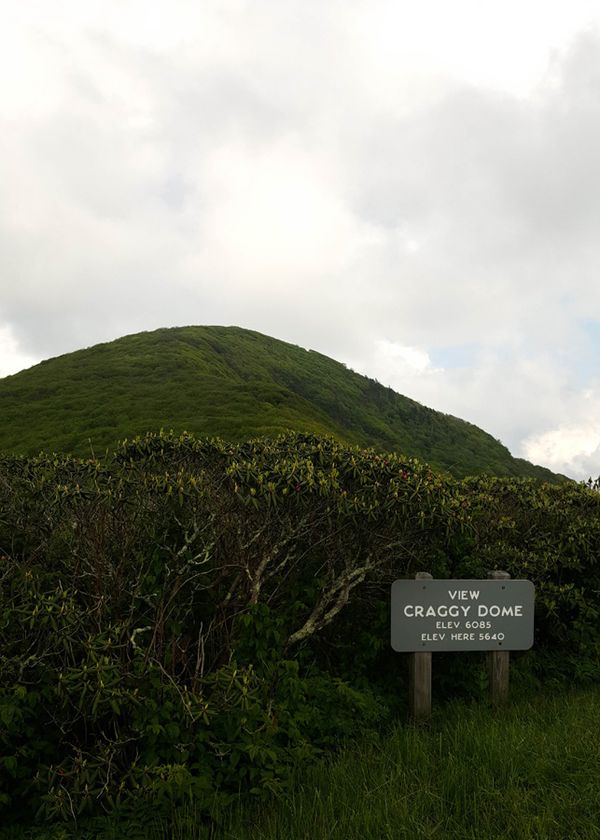 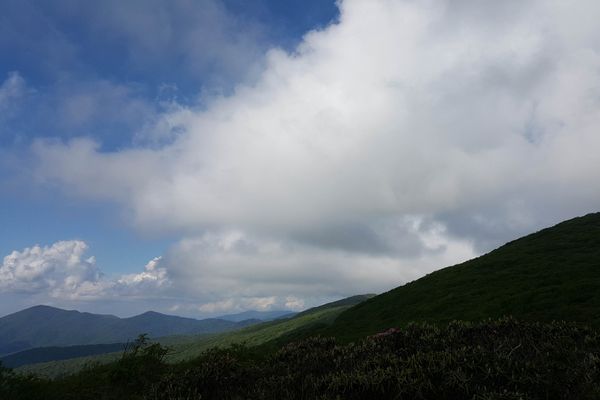 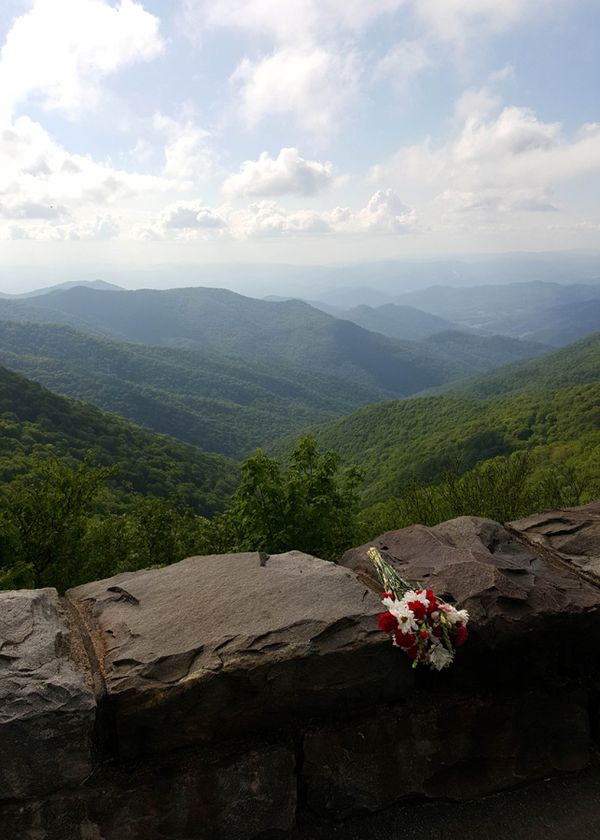 We got up SUPER early on Sunday and made the trip home in a day. 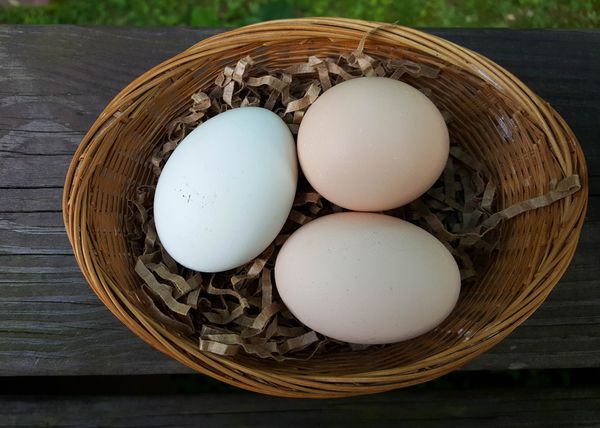 We put our flag on the map in the cottage -- the third visitors from Wisconsin! 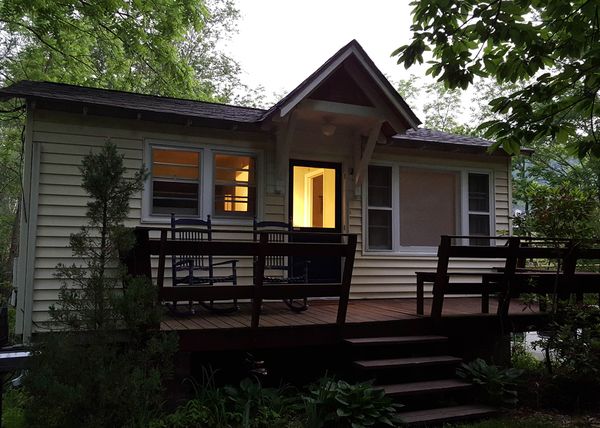 We said good bye to our sweet cottage. 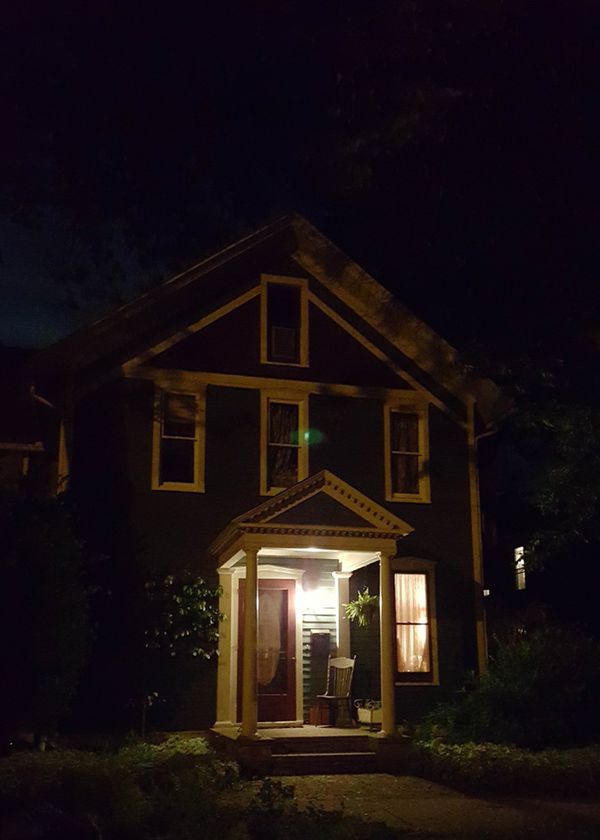 And after a long (but pleasant) day of driving, hello to HOME! 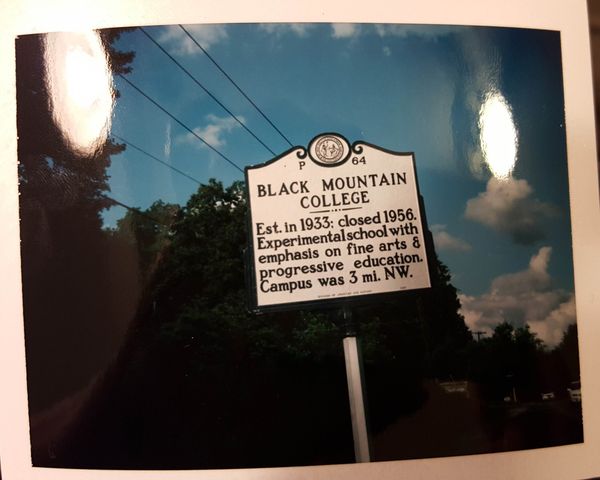 Thanks North Carolina! I hope I see you again someday! (The end.)

That certainly looks like it was a wonderful trip.

Oh the color of the out buildings! How wonderful to spend time in CS beautiful neck of the woods. It's lunch time and I'd love to have NC BBQ for lunch today! Looks so good. I've enjoyed every bit of your travelogue. Thank you!

More gorgeous photos! And I spy a Dale's Pale Ale!

I really enjoyed these posts... but a little sad you were just a few hours away and I missed seeing you! Carl Sandberg's place looks a lot like Marjorie Rawlings (which I visited a few years ago; it's just south of Gainesville, Florida). Katie and the the kids, and Katie looking out over the beautiful sunset - her hair is ablaze as much as the sky! - are my favorite photos. Thank you for sharing it all with us. and p.s. so glad you got your phone back!!

When I was in the Asheville area last fall I went to the Biltmore Estate and the Carl Sandburg house. You definitely made the right choice. I loved the location of the house and the feeling that the just plain folks who lived there would be back any minute. And the view!! I am so glad you made that choice. :)

We have been to Biltmore a number of times, it is very expensive but this time they had the Downton Abby costumes there, glad we went, next time I will look for the Sandburg House that looks like a lot of fun. Flat Rock is amazing, we stayed at a cottage there a few years ago. It was in the fall and the Apple Orchards in that area are great. Loved all your pictures -- so nice to make Mother Daughter Memories...

What a great trip and thanks for sharing (and showing me some of my favorite sites!) Maybe 2020 - knitting retreat in the mountains of NC? Whaddayasay?

I have to thank you for sharing your NC trip so beautifully. I thoroughly enjoyed reading and savoring your adventures. I had never heard of Black Mountain College, but now I know a bit and will look forward to Katie's future plans, ideas, and developments. Your photos have me thinking about the Blue Ridge Parkway for next summer, and wishing I had some good barbecue now!

I loved the Carl Sandburg House! My mom and I stopped there on impulse once on the way to Asheville, and didn't regret it at all!