My nephews arrived last Tuesday after soccer practice, and I delivered them back to their dad on Thursday at soccer practice. In between, we dyed in indigo, I taught them how to knit, we went to the local children's museum & out to lunch with Ali & Junah, they had an art lesson with Uncle Rusty, they did a little coloring, played games on their iPads ('til batteries ran out and we didn't have a means to recharge), they had soccer practice on Wednesday, we watched a couple of movies, and we explored in & around the house (like, where's the door to get outside from the basement?). 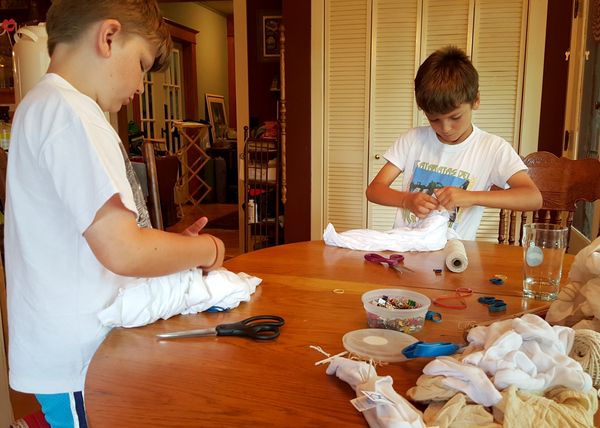 So intent! We used string, rubber bands, and binder clips (oopsie, some of them leave rust marks!). They each made a shirt for themselves and for their mom & dad. There was an extra shirt in their size, so I did that one, and I had a bunch of onesies that I folded and tied, plus we threw in that other pair of Rusty's shorts to "refresh." 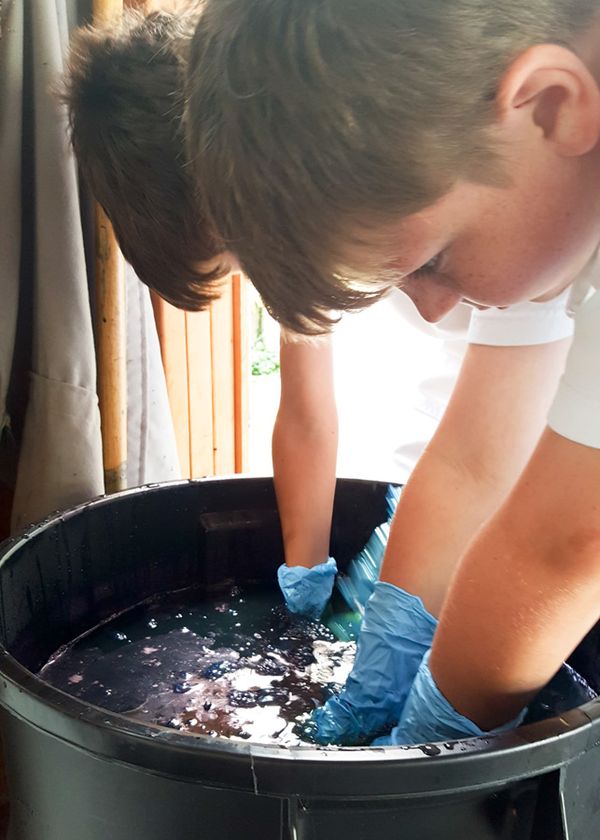 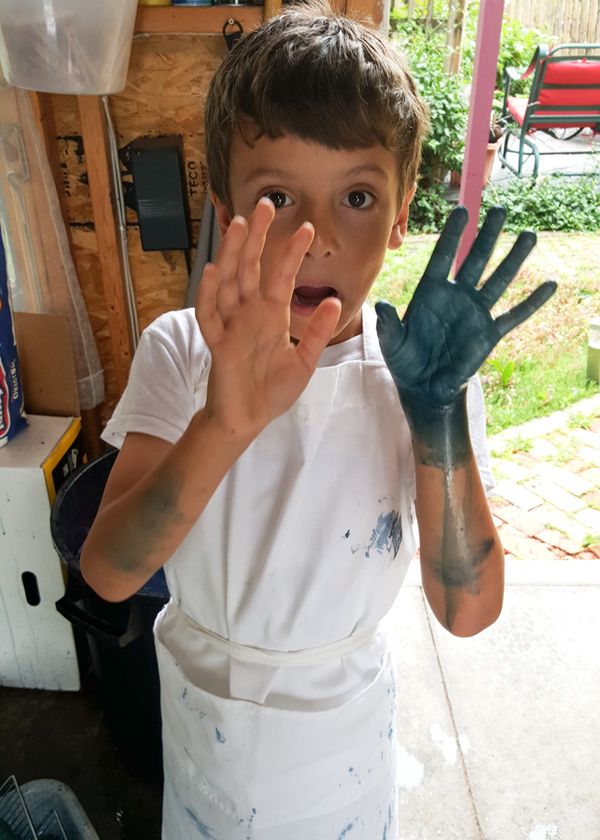 I did buy longer gloves for this session! I figured that one hand out of four isn't too bad when we're talking 8- and 10-year-olds... that was one filled up glove! 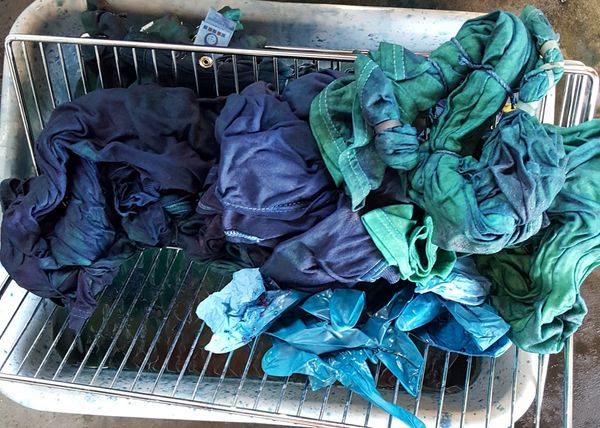 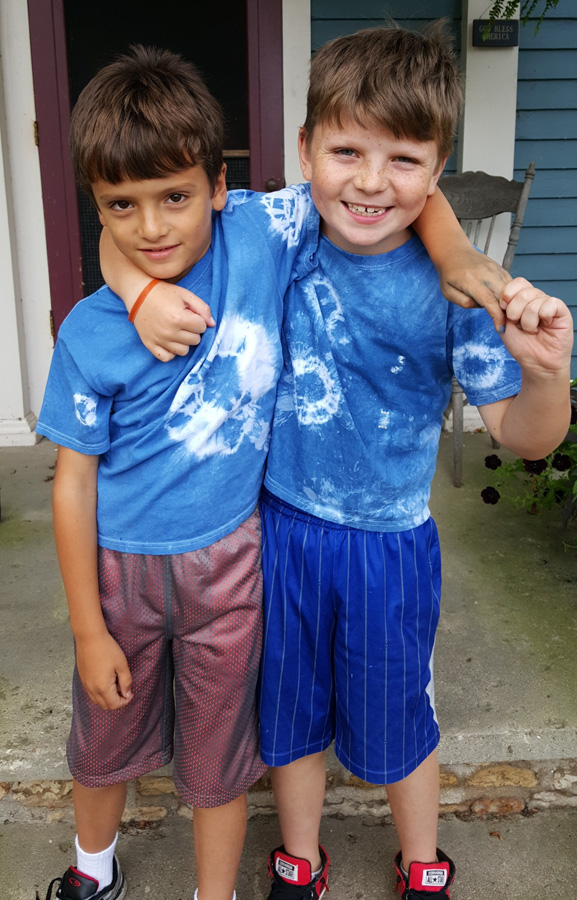 After! So much fun. 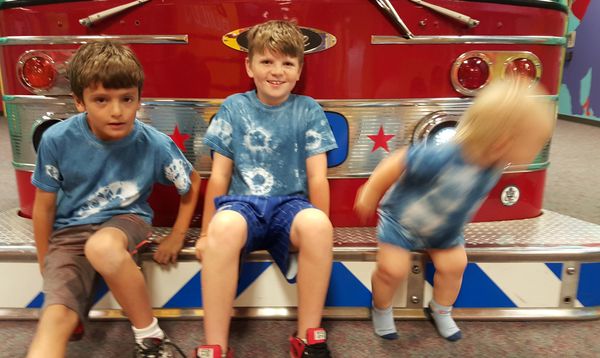 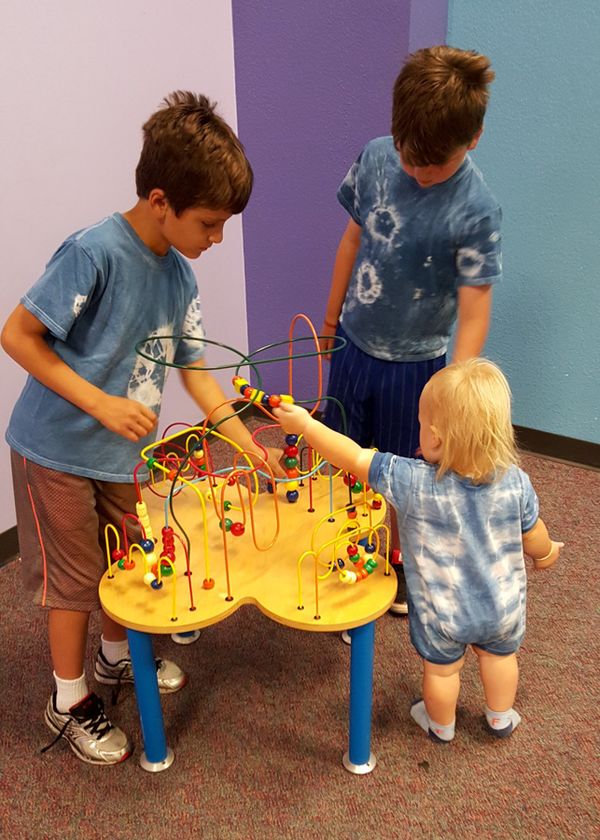 At the museum... Junie is always moving!! 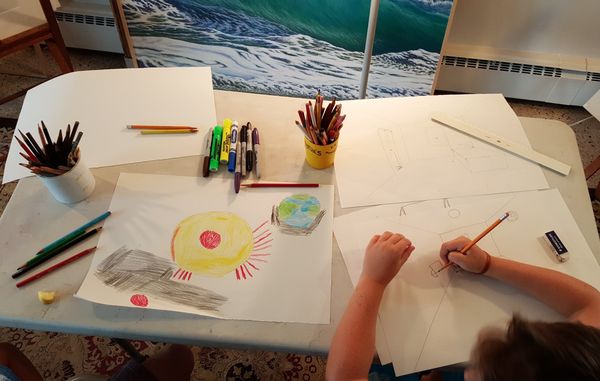 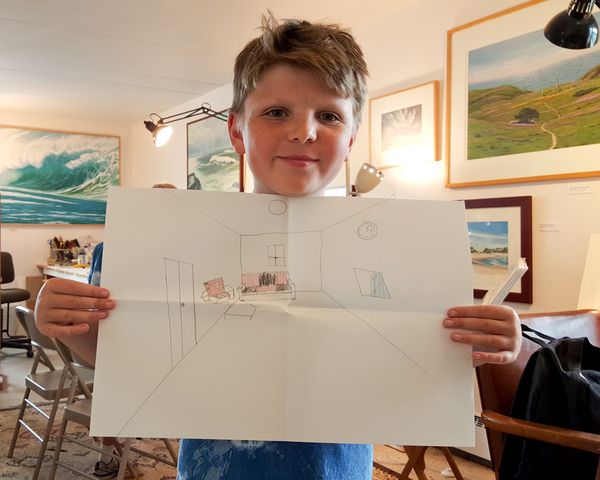 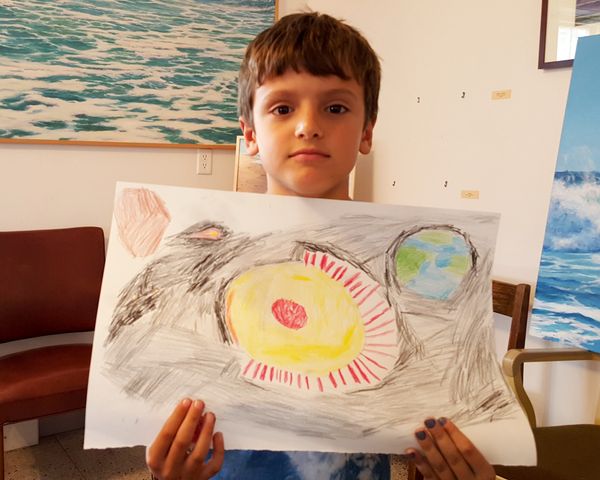 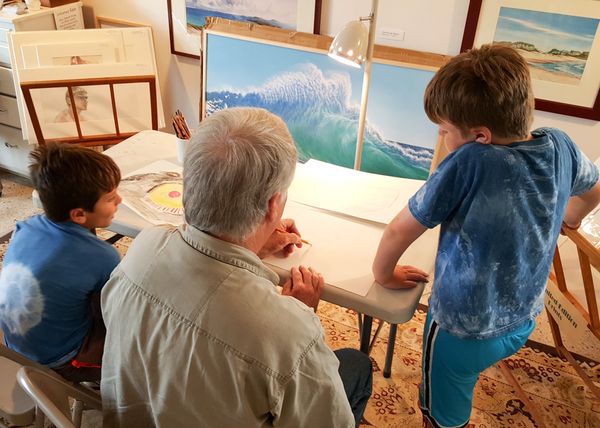 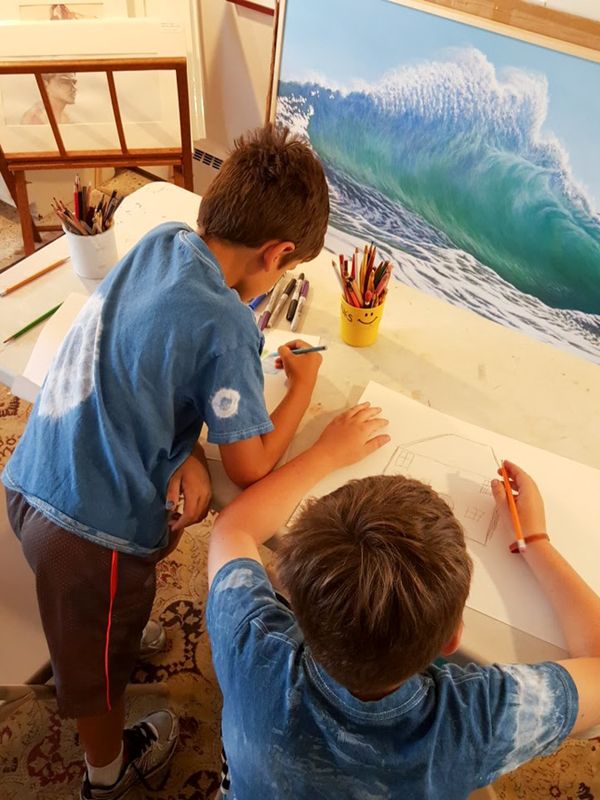 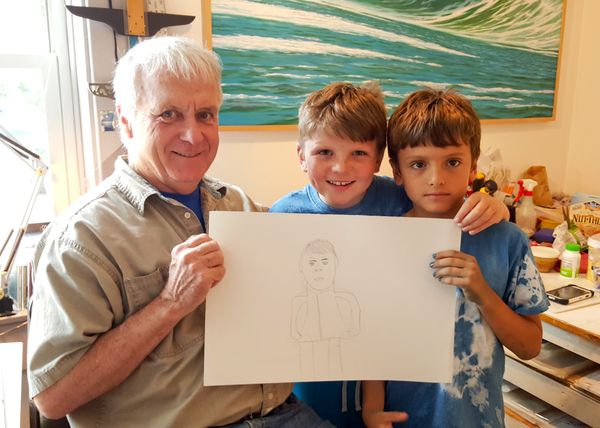 They wanted to know about drawing faces, too, and Rusty gave them a great little lesson. Mack's a quick study! 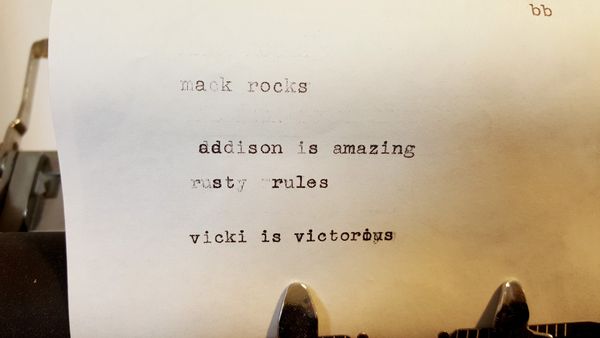 The boys were also interested in an old typewriter that Rusty had in his studio. They finally convinced him to put some paper in it, and this is what they came up with. That sums it all up quite nicely and we're all looking forward to doing it again!

What a great couple of campers you had! I love their dyeing, drawing, typing, and I'm quite impressed that there was only one blue hand. Congratulations on the rousing success of your first annual Aunt Camp!

They'll keep you running! Is there anything you two can't teach them? What a fabulous summer camp. They'll be talking about it for the rest of their lives (and so will you!). I love all the boys in blue, blue they dyed themselves, too! Great job, Miss Vicki!

I was hoping for haiku on the typewriter... because after all the other amazing skills they learned and shared, that wouldn't have surprised me one little bit! what a delightful pair they are - kudos to their folks ...and to you!

So much fun. I had a great aunt that rocked my world. They are lucky dudes!