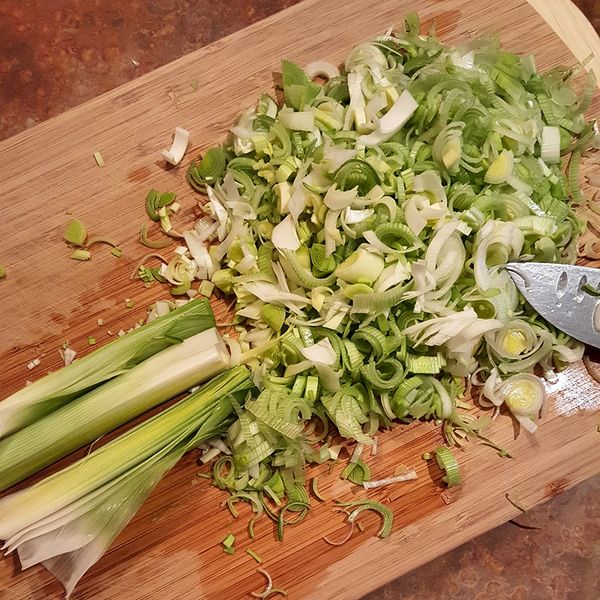 My one and only photo of Thanksgiving this year -- slicing leeks for Leek Pie! Let me tell you, it was absolutely delicious and it's the first of three pies to completely disappear!

Leek Pie was something new for us this year, as were Roasted Turkey Breast and Sweet Potato Fries -- arguably those are traditional foods for the holiday, but we presented or prepared them in a new way. And we had more of a brunch, served at 1:00, instead of mid- to late-afternoon as usual. There was Pumpkin Pie, of course, with freshly whipped cream, and also an Apple Pie at the table (a la mode!). 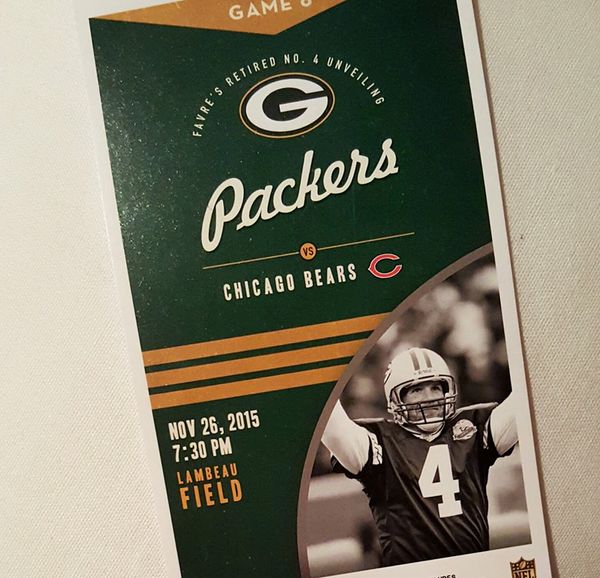 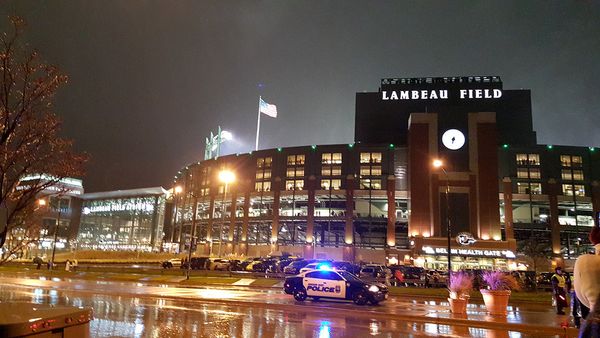 A ticket to the game was a big highlight of the day! My stepdad had two extra tickets, nabbed by Maddy and me! It was the first game I've attended with Maddy (she was late to embrace fandom), and so much fun. Lucky for us, those tickets were in a box, as the weather was pretty awful last night. 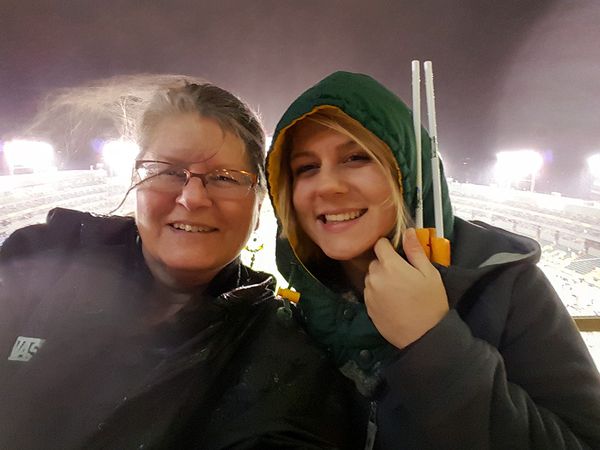 We went up to the roof before kick-off and I am reminded of a photo taken near the Old Man of Storr on the Isle of Skye. Last night was also cold and windy, but with the added loveliness of rain and the "wintry mix." 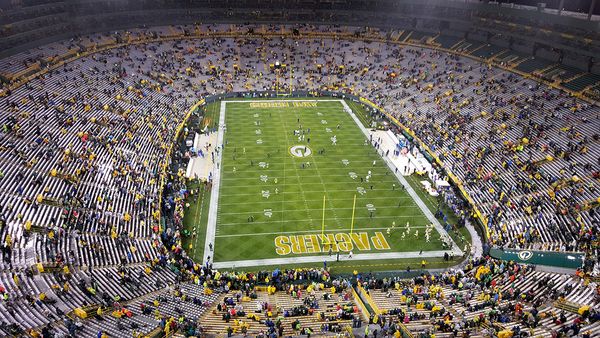 Pre-game view from the top.

Whether we won or lost (FYI: we lost), the main feature of the evening was always going to be the unveiling of Brett Favre's retired #4 in the Lambeau Field "Ring of Honor." Brett returned to Green Bay for the event, along with many of his former teammates, which was further punctuated by the attendance of Bart Starr. Bart is the only other surviving player in that small and exclusive group of Packers whose numbers have been retired. The ceremony was delayed for a year to give Bart time to recover from a series of strokes and seizures; it's doubtful that he fully grasped the whole thing, but it was the goal he'd been working toward for months with his family and caregivers. 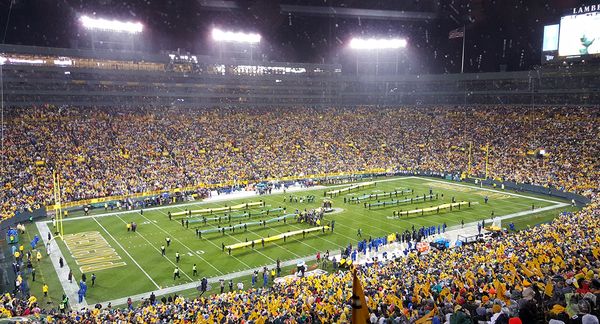 It was a night to remember!

Sounds like a good but chilly time was had. As I say when we sit through the early spring baseball games. It's just not as cold when you win. Glad you got to go anyway.

I love potato-leek soup, but have never even thought about leek pie. I think I will need to hunt down a recipe and make one when our Thanksgiving leftovers are finished. Those game shots are impressive!

You had one of the most exciting Thanksgivings of any one I know!

Awesome way to wind up the day. If I had known you were there, I would have tried to find you in the stands. ;)

Awesome, Vicki! We had the game on last night as we decorated our gingerbread houses. I thought of you often! XO

What an exciting Thanksgiving!
I had a nice Thanksgiving too. Not quite as exciting, but nice. :)

Wow! The men in my house are truly thrilled you got to be there for such a great event! (Me too!)