I bought a new ornament for the tree this year: 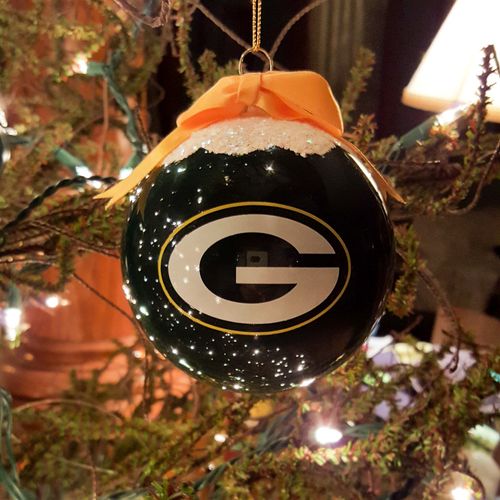 I've had a football-related ornament on my tree for the past few years, but it was a Patriots' ornament from a swap with {Minestrone Soup} Kate! I was a little distracted (see below) during the tree-trimming this year and my Kate said that she left some ornaments off the tree, and I suspect that the Patriots didn't make the cut this year!

So Junie came over for a while last night and this was the state of things for about the first hour (there's a bit of a fat lip... can you tell? Those lips!): 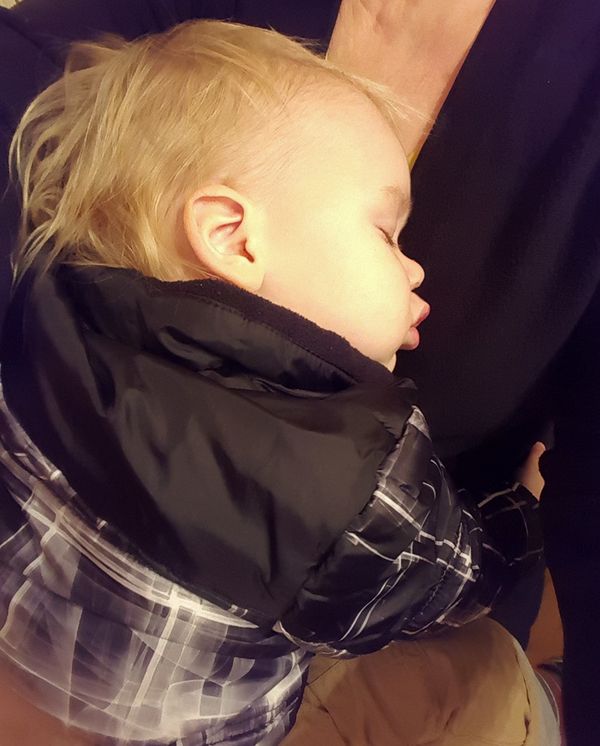 Kate suggested I do a timeline of photos such as the above... I do have a few!

Then, upon waking, he was a little cling-on for about the next hour. We had some Cheerios (he knows right where they are -- opened the cupboard and grabbed the box himself). 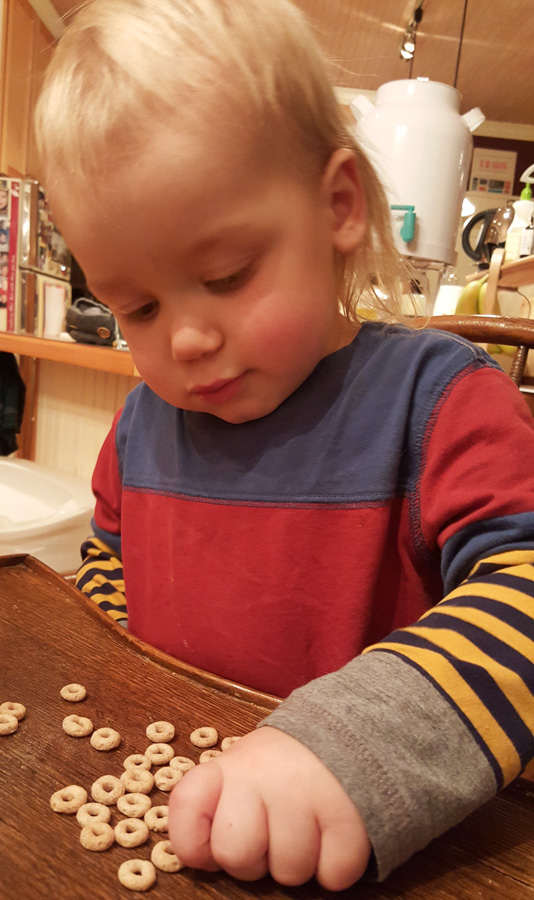 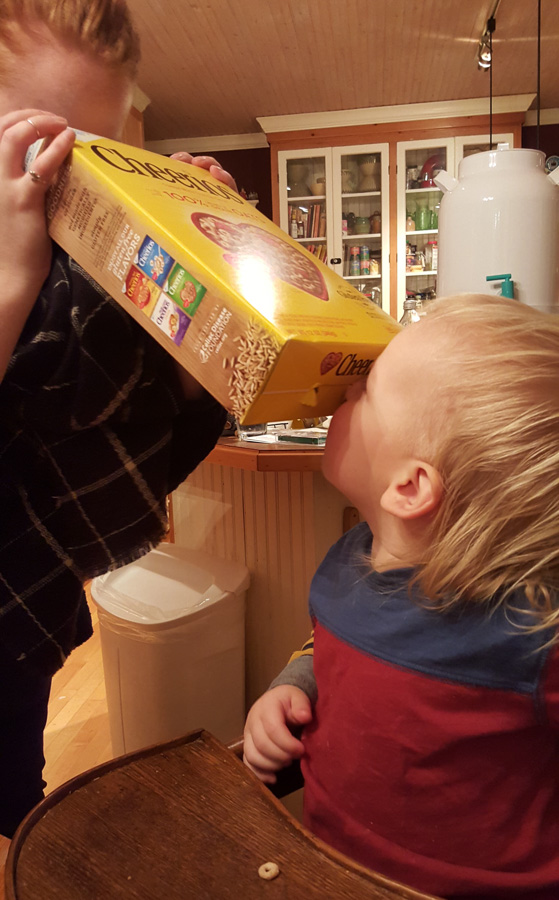 And then trimmed the tree! 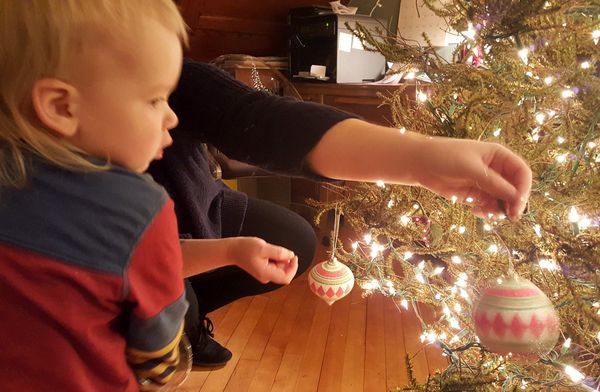 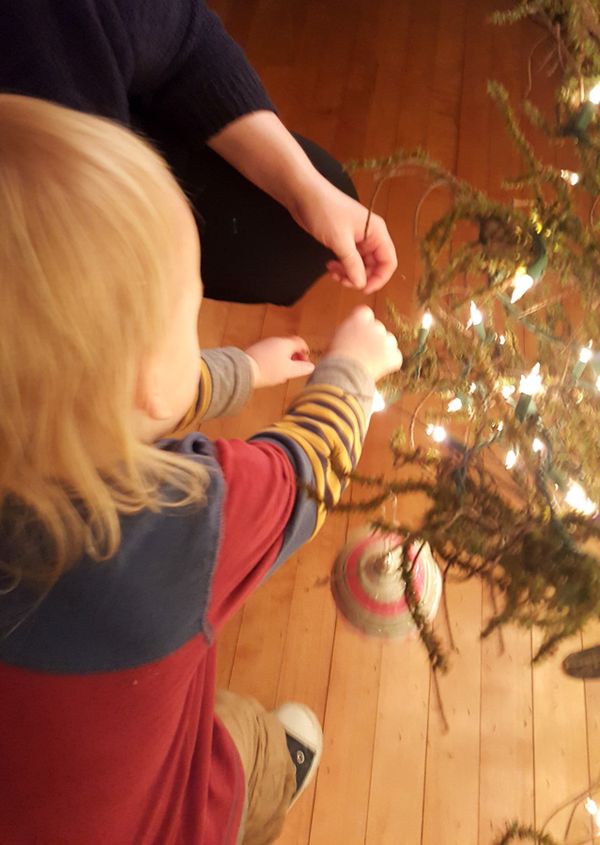 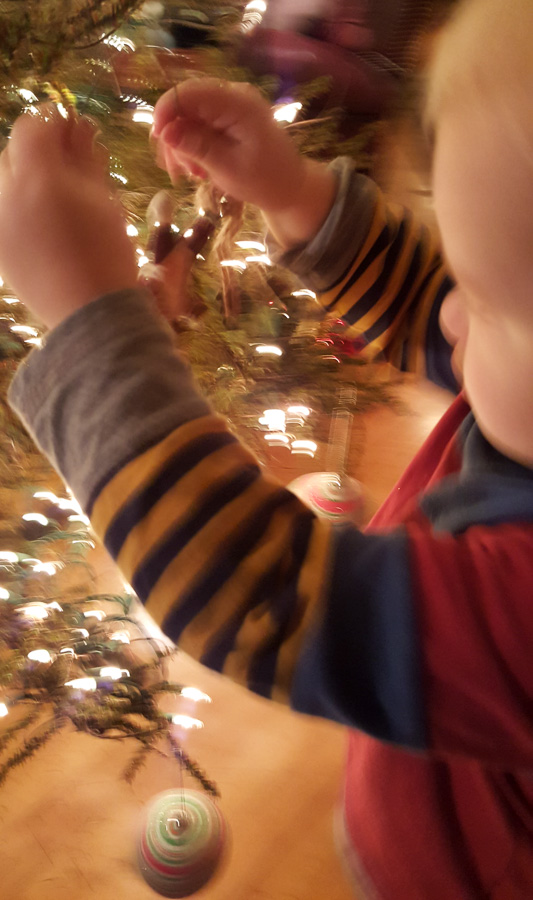 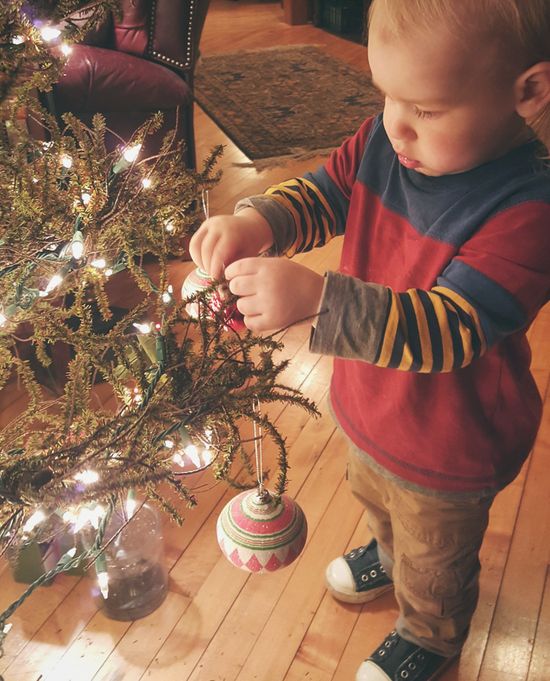 Only one small (insignificant) ornament was lost in the process. I suspect that this will be an even more fun activity next year, though with the added challenges of a 7-month-old in the mix... though likely the baby won't be mobile yet. Whew.

It's such a wonderful thing to see this time of year through the eyes of a child!

You're already thinking of next year! Junah is going to remember many wonderful Christmases at your house!

So much concentration! What fun. I think the best grandparents (and parents for that matter) live in a home that is to be lived, loved and played in rather than one that looks ready for its' closeup all the time.

I think Christmas is made for the littles...and very patient (and calm, as in not at all worried about what might break) grandparents. I think Junah's lesson is that we should nap before we undertake anything "big". and my guess is that the seven month old might be pretty mobile by next December with Junah as a guide!

We used to have a neighbor with five (5!) little boys (in a smallish house). They put their Christmas tree in a playpen to keep the kids out of it.

Seeing your sweet photos reminds me how much fun even everyday things (like Cheerios!) are with little ones around. Enjoy every minute!