Earlier this month, I had an introductory visit with Rebecca, a personal trainer. My friend and co-worker had already been seeing Rebecca about 3 times a week for 6-8 weeks, which I knew about, but I really became interested when I could "see" my friend's progress -- and the extent of that progress in only 6-8 weeks. It was impressive.

Beginning the second week of January, I've had 2 sessions per week with Rebecca, though due to scheduling it's been more like 3 -- and even 3 days in a row! Sometimes we meet at her office in Appleton, and sometimes I go to her house in Green Bay. She has similar but different equipment at each place, so I kind of enjoy the variety.

She took it easy on me the first week or so, getting to know me and gauging my ability. It's been getting a little harder since... but also easier! There was one day, after concentrating on triceps, when it was a challenge to pick up the telephone! But while "abs" is not my favorite thing and I thought I was going to die midway through the first set (I think I did 3 sets of 8 or 10), yesterday, after only 3 weeks, I was amazed at how "easy" it was to do 3 sets of 12! (Shhh, don't tell Rebecca!!) 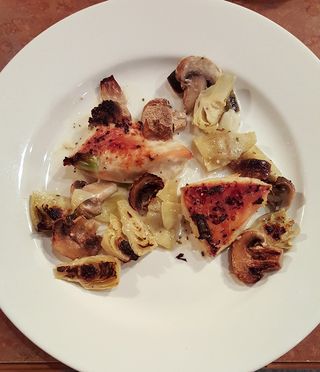 I've been cooking more and eating at home. And also keeping track of what I eat, using the free version of an app called Lose It! Kate had been doing that for a little while, and I know how much tracking helps. 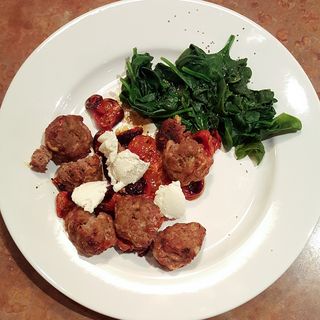 This has been a while in coming. I've put on a lot of weight over the past year and a half or so. I can't say that it's crept up on me; I've been aware and mostly choosing to ignore. Eating out, a bit more snacking, little exercise, and a lot more beer (oh, I do love a good IPA!)... it's all added up.

Changes have been made. And I think my jeans felt just a little bit more comfortable this morning.

Good for you. Wishing you continued success and good health going forward.

It's easier to keep up the exercises when you see results and loser jeans means just that. You sound like you'll be sticking with it, maybe not loving it, but certainly appreciating what it can do for you.

3 times a week is a lot, good for you! I have a session with my trainer once a week, partly because it's expensive but also because my work schedule doesn't fit with the days he's at the gym more than that. I know what you mean about the weight, too. I had been ignoring it for a while, increasing the snacks way too much. My motto now is that I need to be fit even if I'm not losing weight. That has been pretty good at motivating me to get to the gym 3 times a week for cardio.

Way to go! My exercise consists mainly of walking, and while I know I should also be doing some sort of weight-lifting, stretching, etc., it is easy to ignore. The desire to drink an occasional good beer is what motivates me to exercise at all!

Excellent Vicki! It's hard - I go three days but the last two weeks just two...got to get that back on track. Here's to good beer and loose jeans! :-)

Oh, this is a familiar story - the part about gaining weight, eating too many snacks, and enjoying a beer or two. I am only casually committed to exercise at this point, but maybe you (and Carole) will inspire me.

Congratulations on the better fitting jeans! I'm at the gym more than usual lately, but also enjoying bubbly more often, too. Life is short!

You now have tempted me enough to order the Sheet Pan cookbook. I need an easy way to cook at night after work. It is so much healthier and less expensive than restaurants. Thanks for the inspiration on cooking and fitness.