I took Friday off last week and drove to Milwaukee to meet Annie (already there for a 3-day school board conference) to begin her birthday celebrations!

We were there for only one night and stayed at The Iron Horse Hotel, which was terrific. The lobby was so warm and welcoming (as was the welcoming beverage), and I've never felt more comfortable taking a seat and settling in for a chat. Our room was roomy, well appointed, quiet, and very comfy. We began celebrations with a late lunch and 4:00 tour at Lakefront Brewery. It was my first-ever brewery tour and feel fortunate that we had Brewery President Russ Klisch as our guide! That's Russ, above, at the controls of the old "Schotz Brewery" bottling machine; I got to be Laverne and wave good-bye to my glove as it made its way along the conveyor.

The brewery is currently located in a building that once housed City of Milwaukee Forestry*. 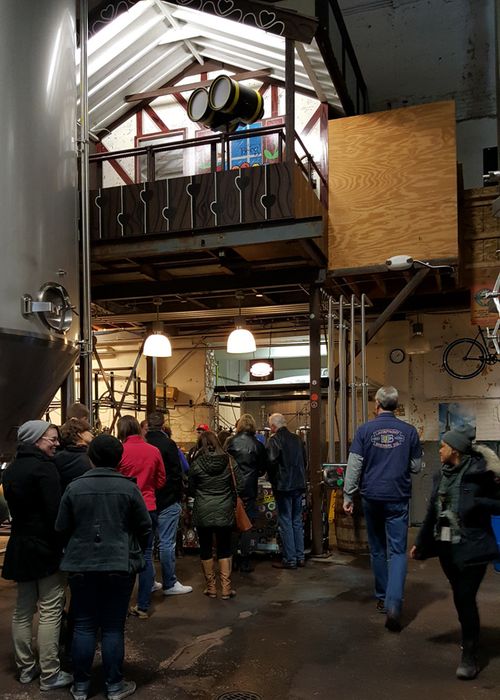 There was a stop at "The Chalet" mid-way through the tour -- one of the original Bernie Brewer chalets from Milwaukee County Stadium.

We got together later with friends Bill & Aimee for drinks and shared-plates dinner at Odd Duck, and had a wonderful time! I had my first experiences with Uber and... they're super quick and friendly, but I had issues with the level of "air freshener" in both vehicles (man, that stuff can be nasty).

We had a nice breakfast on Saturday morning at Smyth, the restaurant within the hotel, and explored our options for doing something on our way out of town. 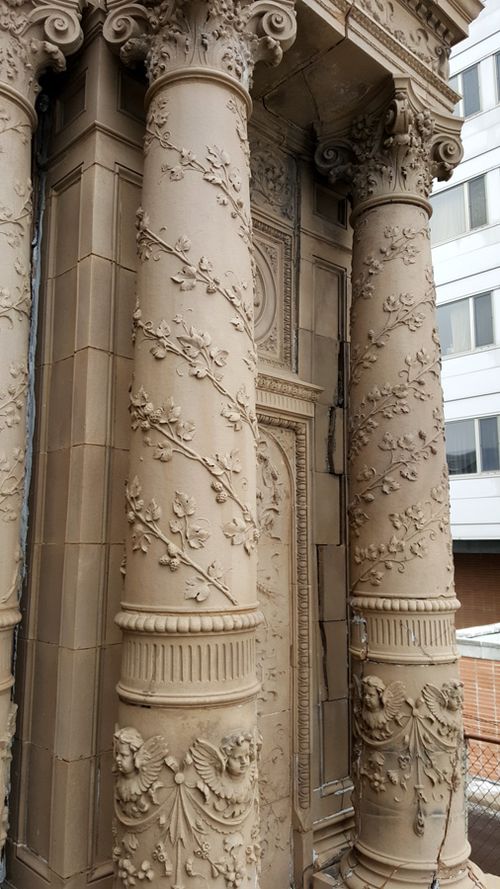 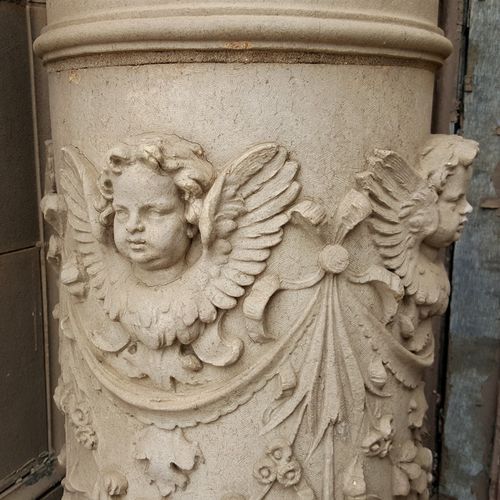 We decided on touring the Pabst Mansion. It is really quite lovely and we had a terrific docent. The house is in various stages of restoration and it was interesting to see where they started. No photography is allowed inside, and Annie and I were apparently quite taken with these columns outside the Pabst Pavilion, originally part of the White City, now attached to the house (and on the slate for restoration). 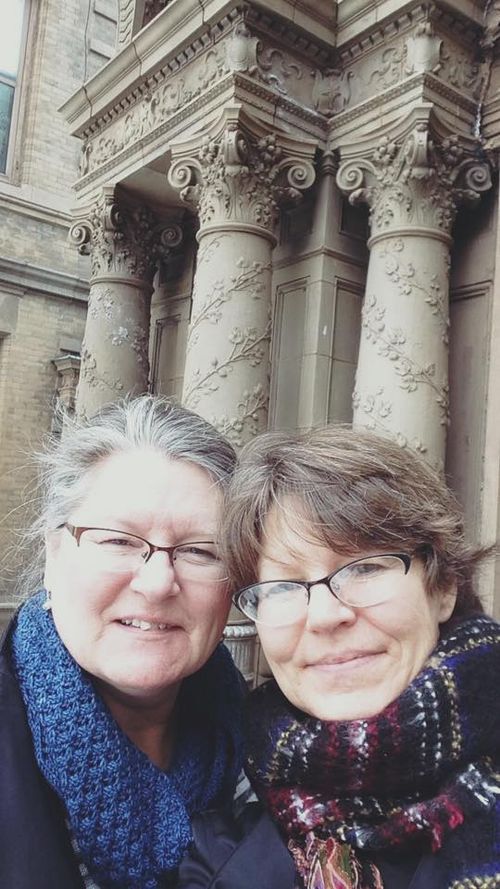 We stopped at Simma's Bakery for birthday cheesecake on the way back. Ann's husband & boys met up with us at my house where we made a nice dinner, with singing and blowing out of candles and the whole birthday she-bang. They came over again for brunch on Sunday and some play time with Junah before heading home. (I have a feeling Junah will soon have his own light saber).

It was a really great weekend, and I hope yours was too!

*Sharon worked for Forestry in that building at one time... along with Bill & Aimee!

That sounds like so much fun! Happy Birthday to Ann!

I always enjoy seeing what people do when visiting "my" town (I lived in Mke for over 10 years). And a stop at Simma's? They made my wedding cake (a fantastic cheesecake)...a great memory!

Fun! Lov ethe Laverne and Shirley aspect to your tour.

Sisters sharing birthdays is the best!

What an excellent weekend! I love brewery tours; on my first one, my son had to warn me to pace myself since he knew that New Belgium offered many generous samples. I'm also quite taken with those columns and your March Through Time cowl!

I love the Iron Horse Hotel...looks like you had a lovely weekend!

What a GREAT weekend! Those columns are my favorite thing. Well. Except maybe sending the glove a la Laverne & Shirley . . . :-)

The columns are elaborately beautiful and it's wonderful to know they'll be restored. Your weekend sounds so fun, interesting and full of great food, drink, and peoples you love! Nicely done.

It was a wonderful hotel! I've only ever stayed at the Pfister before.  ;)