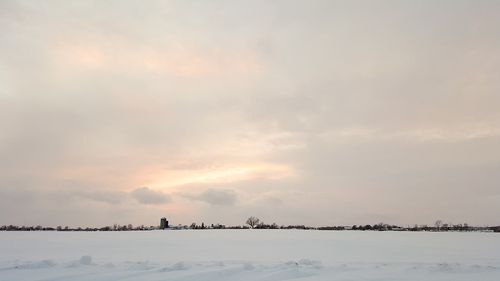 I had to stop at the side of the road on my way to knitting on Tuesday night to take a photo. This is due west at around 5:00. Such soft, beautiful light (still light!), the colors gorgeous. 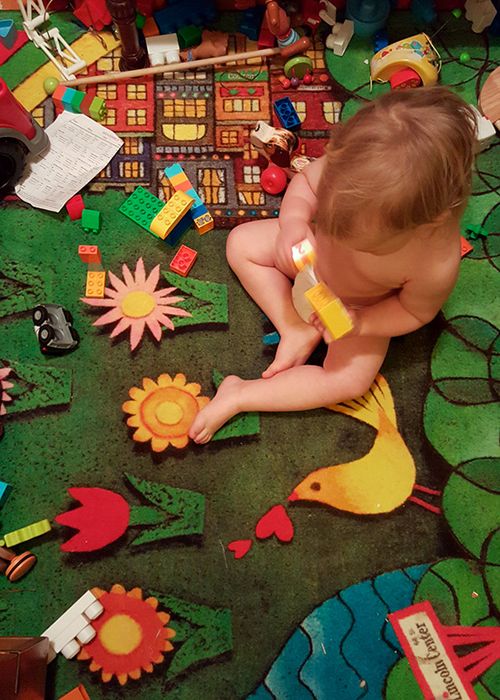 For a change of pace (and because he was still sleeping), I went over to Junah's house for a while last night instead of him coming to mine. He wasn't particularly thrilled to see me when he woke up. He cried some as he rode his trike out from the bedroom through the living room to the kitchen doorway. I talked to him, asked him a few questions, and pretty soon we were playing peek-a-boo around the furniture. Before long, we were in the playroom reading books and building with blocks. 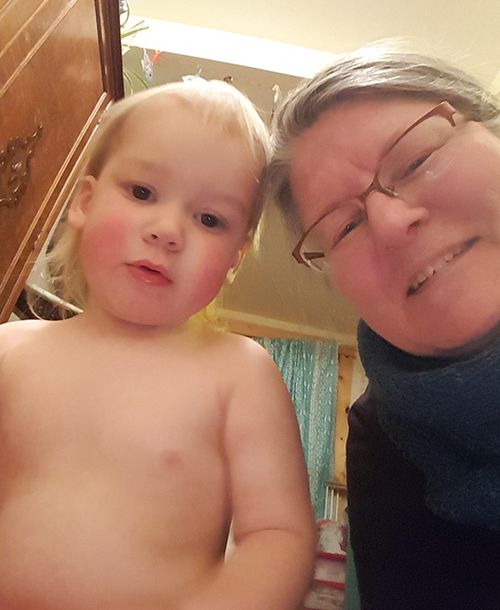 He helped me take some selfies (about a dozen altogether... almost exactly the same) and then he wanted to look at the pictures on my phone. Swiping! We spent quite a while watching movies, too. He really enjoyed the ones from last summer with the boys ("Mock") and with his momma at the pool.

I'm starting to get serious about taxes. I hate it, but best to get it done.

I've been anxiously awaiting availability of my next audiobook -- Anthony Bourdain's Kitchen Confidential -- and it arrived this morning! I have it for only a week, and hopefully I'll be finished before the next one arrives -- A Man Called Ove by Frederik Backman.

I think a yarn dyed in the colors of that picture would be beautiful...I'd buy that!

Some days Junah looks like a boy and others he's all baby. So cute. I am so envious you can see the sky! We have the wall of doom gray.

Do you think he was upset because he expected his mom and dad to be there? Or just that he didn't get to have the treat of going to your house? They are funny little creatures of habit, that's for sure. I'm glad you turned his mood into a good one.

I chuckled when I saw your "stop & capture the sunset" picture once I got home tonight after doing the same thing today. :) I agree that the colors in your pic would make a stunning yarn.

I love the contrast of your soft light sky and snow photo and all the colors Junah is surrounded with in the next photo. Glad you could cheer him up! I feel the same way about taxes; I resent every single minute I have to spend doing them, but you're right that it's best to just get it done. I loved A Man Called Ove -- one of my all-time favorites!

Lots going on...glad you made time for the sunset! those colors are so beautiful. love the recap of your evening with Junah. won't he love being a big brother (soon, right?). and finally, hope you love A Man Called Ove; it was one of my favorites last year.

I finished Ove on Saturday and really, really enjoyed it. I'll bet you will too. That photo was so worth stopping for! And I was going to ask what Mary said! New sibling soon?