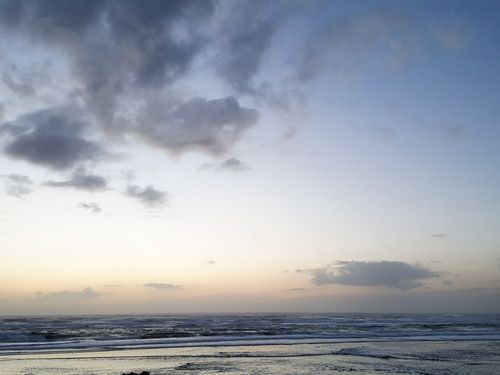 Compared to Shore Acres, the ocean scene at our little cottage just south of Yachats was quite serene! It was just after sunset, but still a lovely glow in the west.

Our northerly trek along the coast continued the next day, though at a more leisurely pace. We stopped in Newport and took a walk along the boardwalk and bayfront. 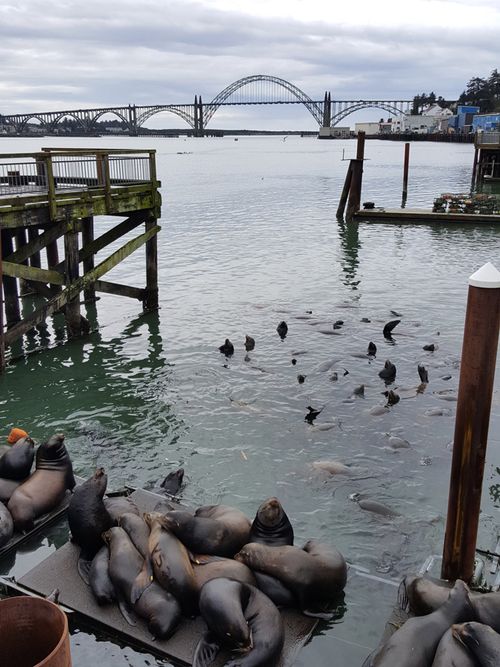 The unmistakable sound of sea lions reverberated throughout. We could see them along some rocks out in the harbor, and then discovered a large (noisy) gr0up right at a small pier. 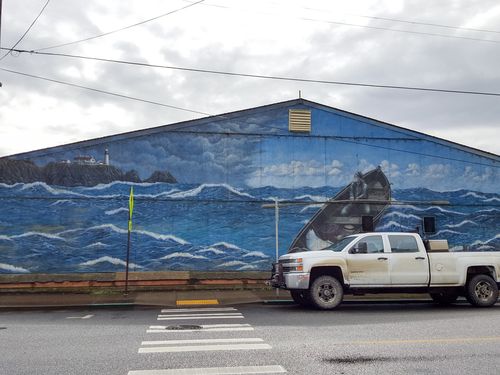 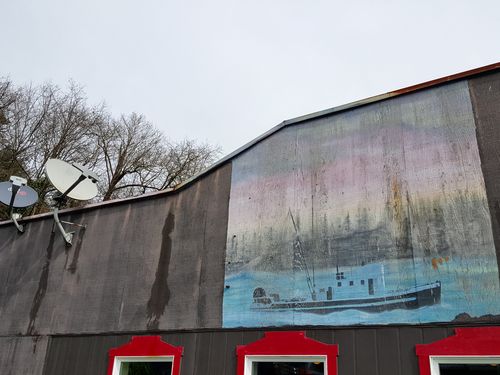 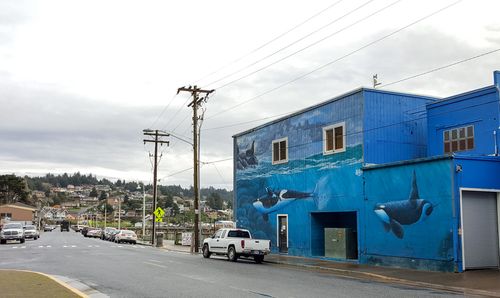 This is just a small sampling of the many murals of all sizes and ages that we saw. 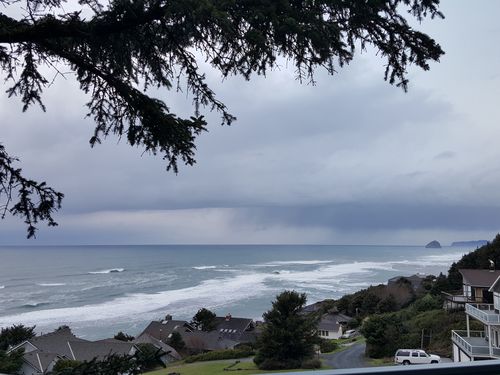 We eventually made it to our Airbnb lodging just south of Pacific City, where we plunked down for two nights. We couldn't have asked for better -- up a hill and with a command view of a wild ocean and dramatic, ever-changing sky -- and we loved the different view of Haystack Rock at Cape Kiwanda. 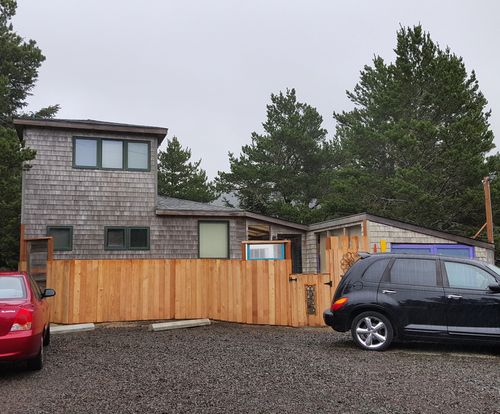 We'd barely landed before we were off to do a little peekin' (and maybe even a little trespassing) at the house that Rusty built (ca. 1983) and that I helped to enlarge & finish (ca. 1984) and where we were married (in 1985). A lot has changed in 31 years. We weren't able to check out the house from the inside (we tried!).

We used to have a terrific view of Haystack Rock from the kitchen & bedroom windows at that house... but no more! There are so many more houses (and they're so close!).

A photo app on my phone stitched together this awesome pano (with wavy ocean) from some photos that I took at the beach near the cape. That's Rusty at water's edge.

I love all those murals and your rental home sounds great. How cool to visit your old stompin' gorund!

I love all that gorgeous scenery and those murals! The sky in the second mural is especially wonderful. Your panorama shot is really incredible -- Oregon is surely a beautiful place!

Those murals are just beautiful! And the camera pano is really beautiful! Thank you so much for sharing such beauty!

Your trip through the area must have been so packed with memories and warped moments in time. Oregon is a beautiful place and your photos really show it off nicely. The ocean is a big draw for many of us--its majesty, its ever changing shape, and color, plus its constant movement, capture and calm my mind (and I haven't been there in years).

what a picturesque place to start your life together! so glad you got to visit again. (and maybe it's a good thing the inside of the house is just in your memory?!)

Beautiful pictures! I love the Oregon Coast; we don't go as often as we used to. Thanks for sharing!