The Power of TACOS (and The Internet)
Ten on Tuesday: LP Edition 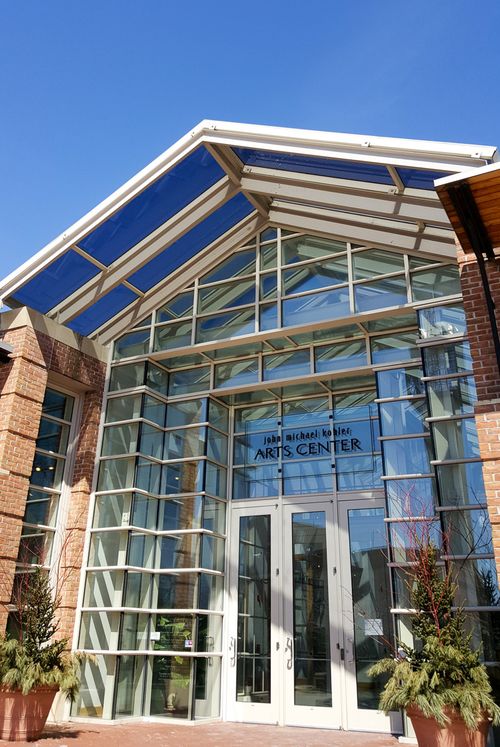 It's almost embarrassing to admit that I've never visited the John Michael Kohler Arts Center in Sheboygan before. That wrong was made right on Saturday.

Our first stop was the restroom: 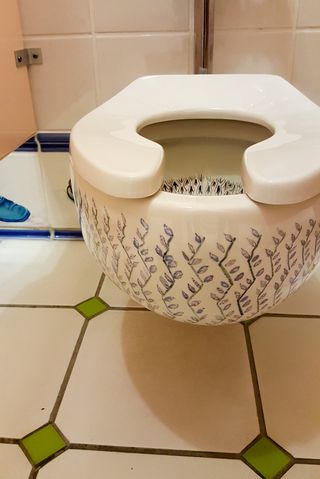 I've been known to take photos in the bathroom, but usually not of the bathroom. The name KOHLER + the word ART definitely puts a different spin on the subject. 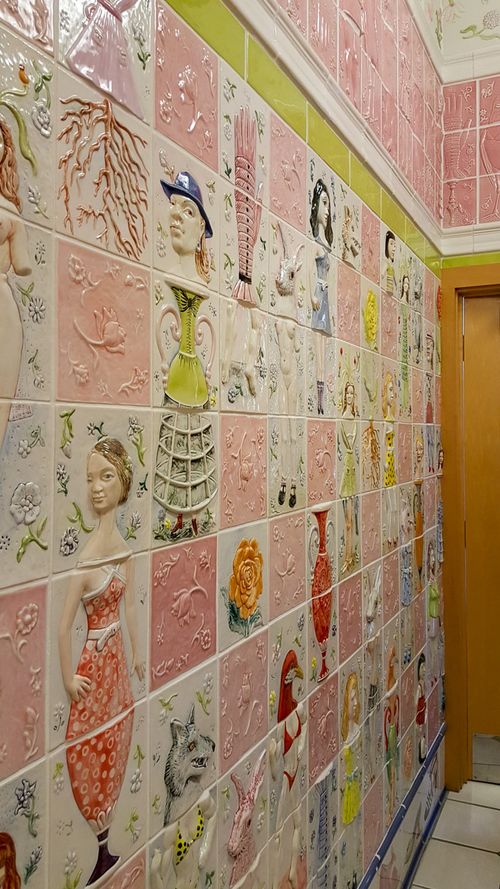 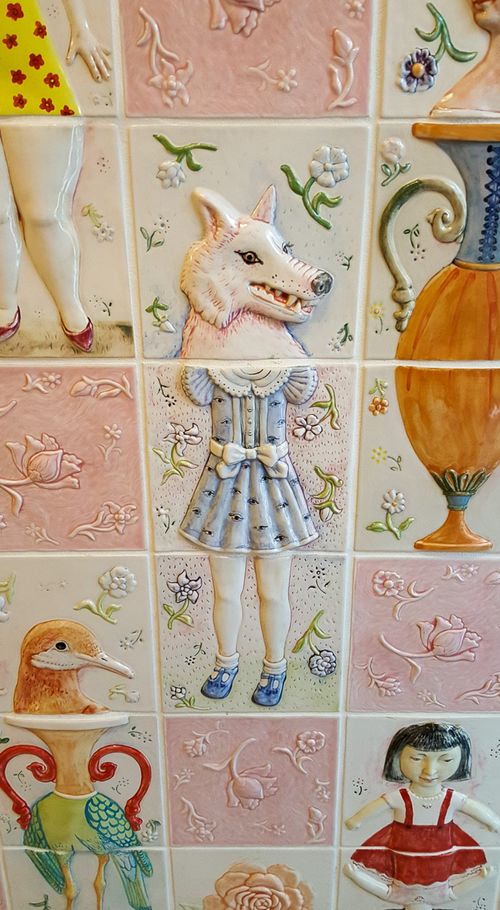 These photos were all taken in the same bathroom, but I popped my head into ALL of them! Amazing.

The main event was Wisconsin Wild and Tame. 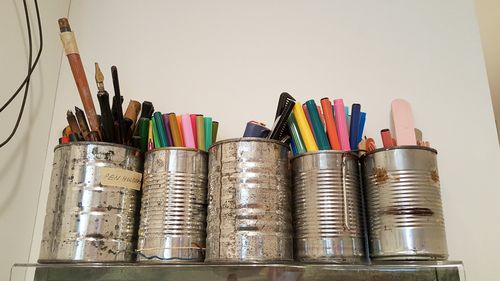 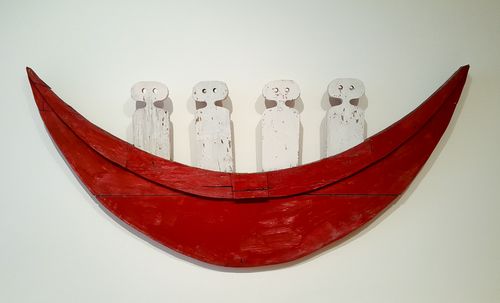 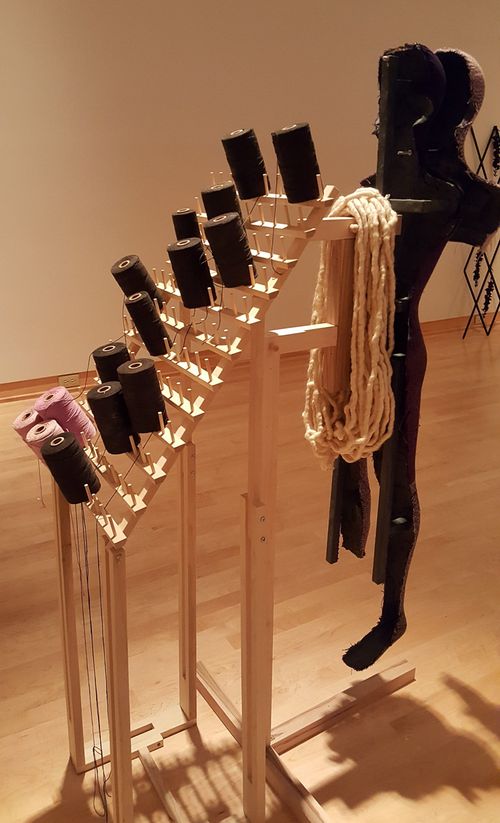 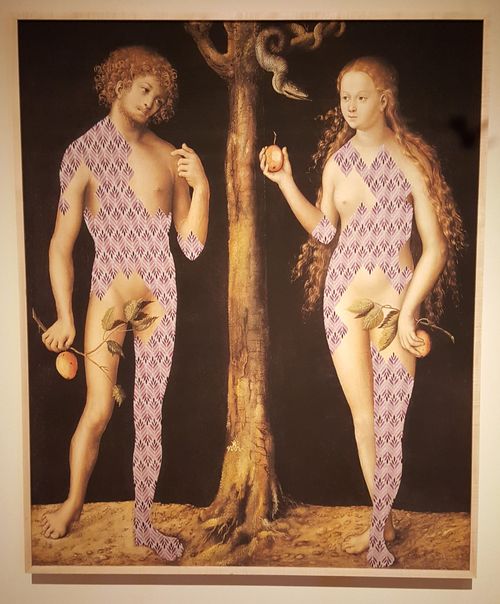 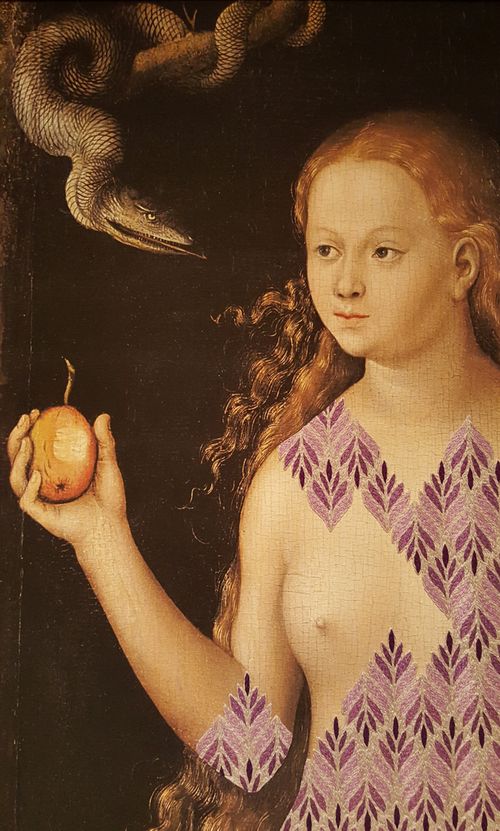 To Jessica Calderwood and Debbie Kupinsky: 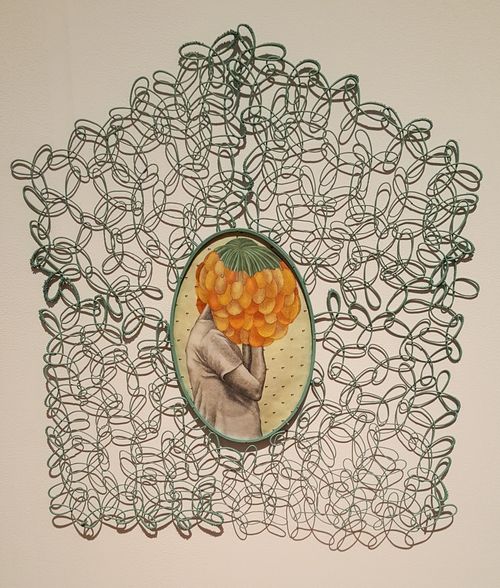 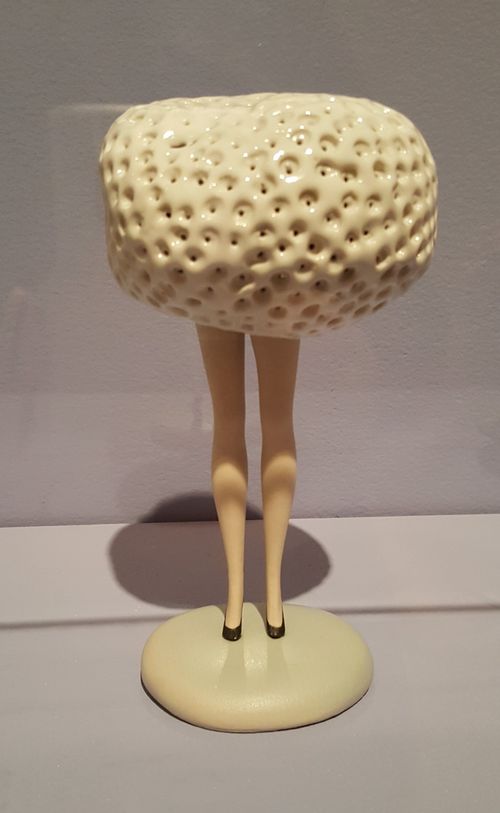 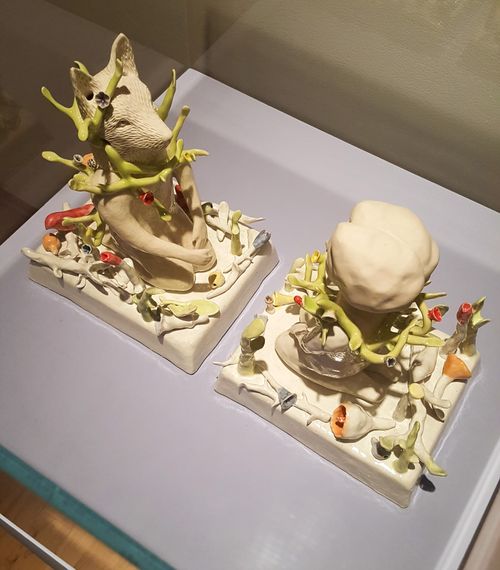 To the Super Natural: 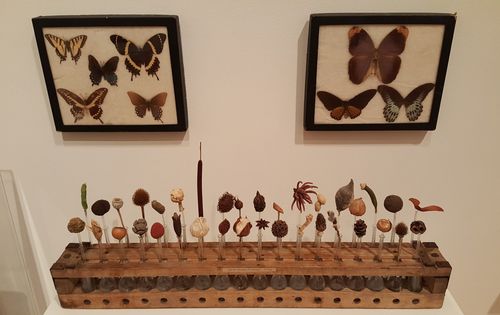 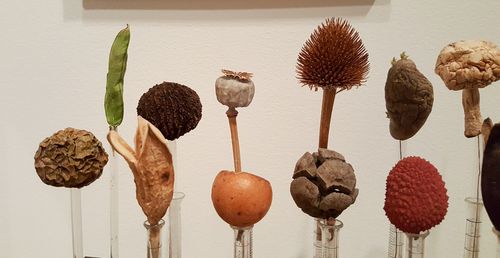 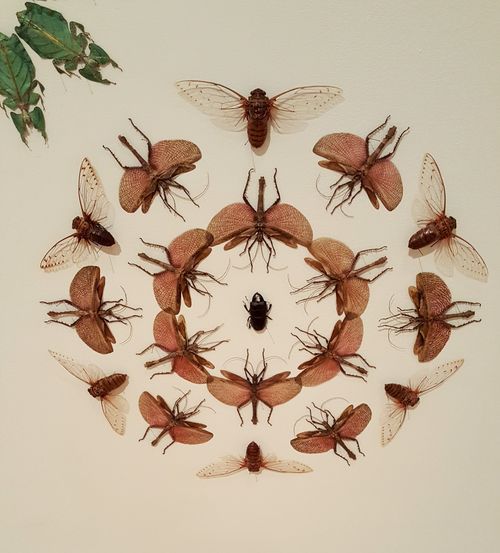 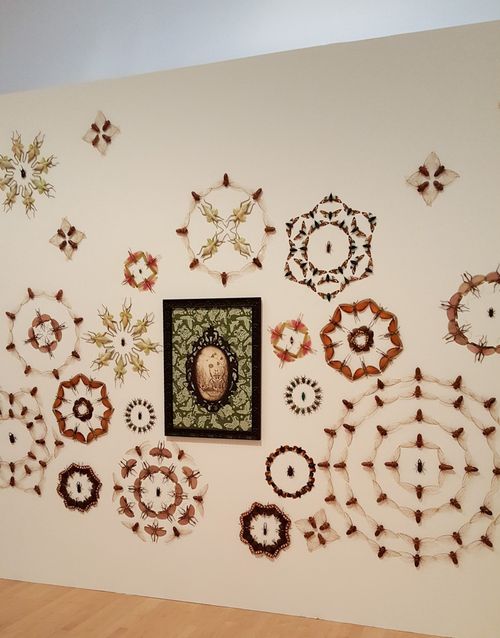 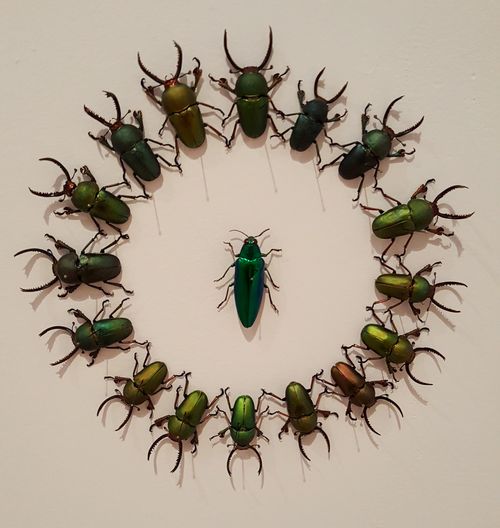 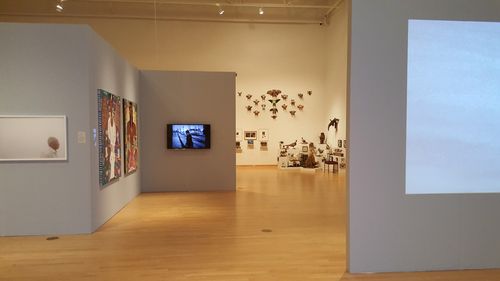 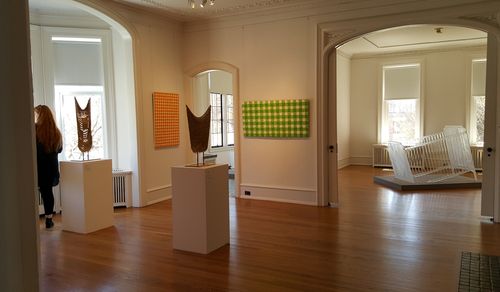 The rest of the weekend was spent doing stuff like this: 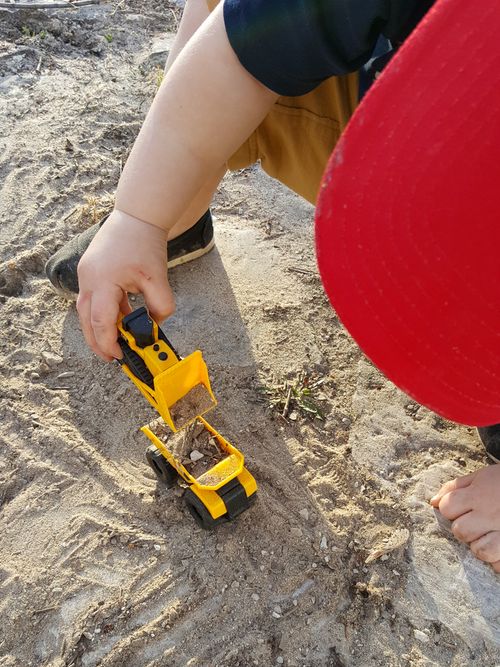 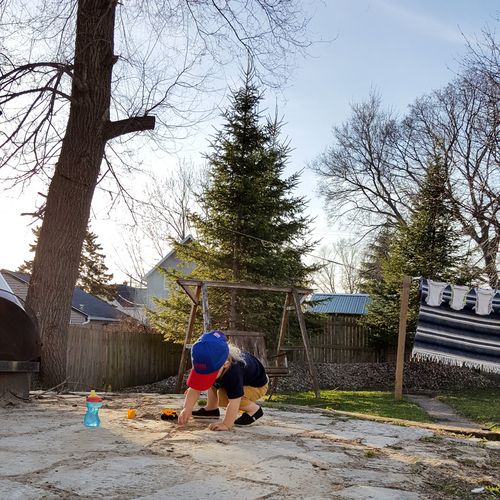 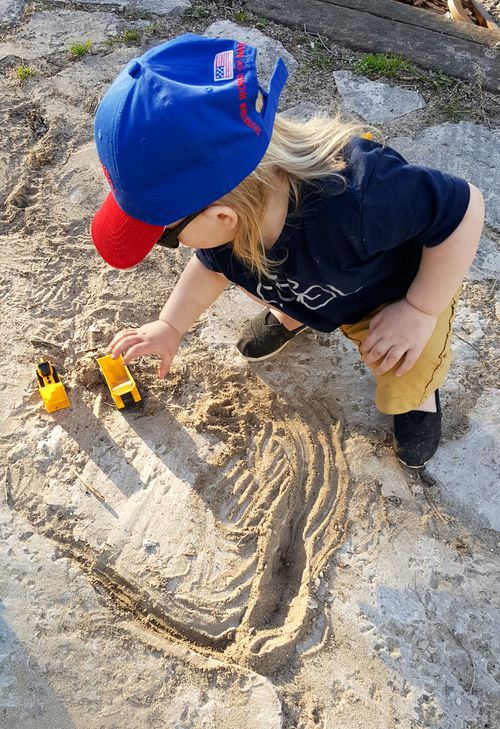 When Ali brought him over yesterday, he clung to her for a bit and then reached over to me after a few minutes. Soon, he was pushing his mum out the back door, waving and saying "BYE!," firmly closing the door behind her! Hilarious!! 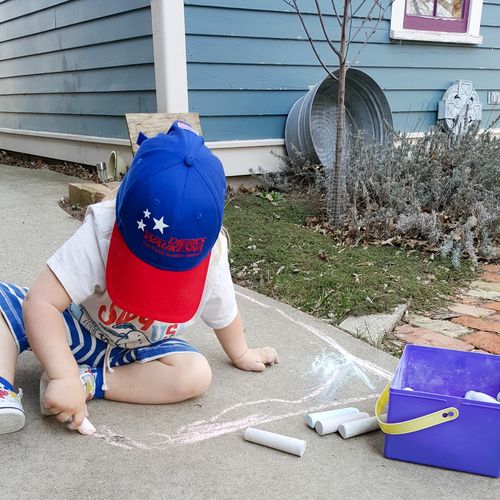 Sand & trucks at his house, sidewalk chalk at mine. He helped Grampa with some yard work, and also chased cats around the yard (two of ours + one of the neighbor's), asking, "WHAT YOU DOING?" 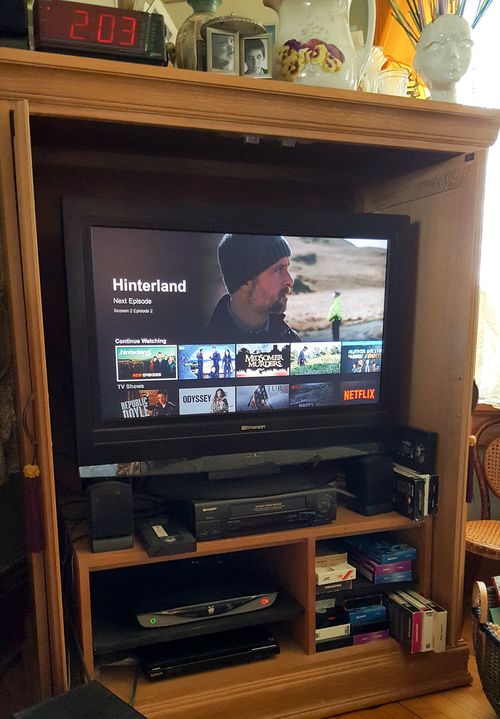 My other big accomplishment was getting our home network figured out (again and, hopefully, for good) so we could continue watching Hinterland on Netflix! It was so aggravating on Saturday night, wanting to watch but TiVo telling me that there was no internet. TWC recently sent us a new modem and... yeah. I narrowed it down to a possible problem with our old hub -- at least I hoped -- so I ran to Best Buy for a new switch yesterday and, voila, back on track!

what a wonderful weekend! I can't wait to get outside with Charlie. sidewalk chalk sounds like a great idea. I loved the bathroom photos; looks like a very worthwhile museum to visit.

I love when you visit my old stomping grounds (the greater Sheboygan area...greater - ha!). It's nice to see things again and also with a different set of eyes. And thanks for the new series recommendation. I can't believe I didn't know about this one!

Oh, Vicki! So much fun! (Well, maybe not the hub issue . . . but at least you sorted it quickly.) Junah is just wonderful to watch - and especially as he really, truly can dive into the great outdoors . . . now that it is warm and he is 2. And the Art Center? AWESOME! What a great space.

That bathroom! Those tiles! I could spend hours just looking at them, just like I loved spending hours playing with diggers in the dirt with my sons. And hooray for figuring out your network! I had problems with Netflix last week and figured since it was already broken, my attempts to fix it weren't going to make it worse. I ended up changing the primary and secondary DNS servers and now it works. I have no idea what DNS servers even are, but now I know how to change settings for them!

We're in the process of redoing our master bath and you have me thinking my white tile walls would be a mistake! I love the tile and the toilet! Junah has grown up so quickly. Kids know how to stay engaged and super busy, always doing. Can't wait to tell Smith we have yet another series to add to our Netflix queue. Anything British is on my list.

That art exhibit looks very funky and cool. I love the pictures of Junah playing. We are home improving over here. Things are messy but it will be worth it - eventually.

There is a new season of garden planning going on here - if we keep up at this pace, there should be no yard to mow in 5 years. Seems like the perfect goal to me! I love the Kohler photos! And, Junah makes everything old, new again! Simple things are always the best. Thanks for sharing Vicki!

I have been watching Hinterland, too. Almost perfect knitting TV, just a few too many long silent scenes that may or may not be significant.