A few days up north

We'd been looking forward to it for weeks! My uncle was going to be away for a few weeks and offered his cabin to us. It's been a while since we've been up north at the height of summer, and we jumped at the chance. Rusty was in CA helping a friend with a kitchen remodel, and Rod had some gigs and also continued work on the "coffee camper," so it was just us girls and Jün for five days & nights!

There was canoeing, kayaking, walking, and hiking. 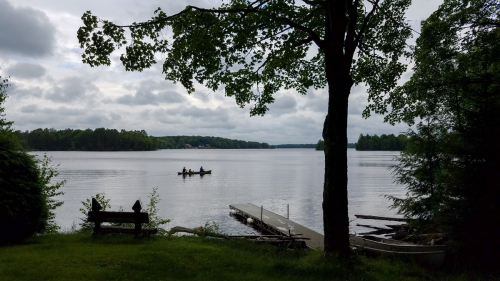 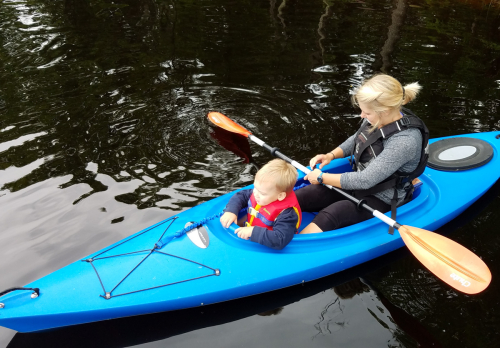 And also a little bit of running (moi!) after Jün accidentally disturbed some bees and got stung a couple of times!

Trains are the big thing occupying Junebean these days -- the old Brio track & train that was his mother's & aunts', with the addition of THOMAS and PERCY... and oh, my, does he love those engines! He also had some THOMAS DVDs, which we watched a few times, and his book bag with some of his favorite books... including THOMAS! I had a very enjoyable time one evening listening to his momma read him stories at bedtime. 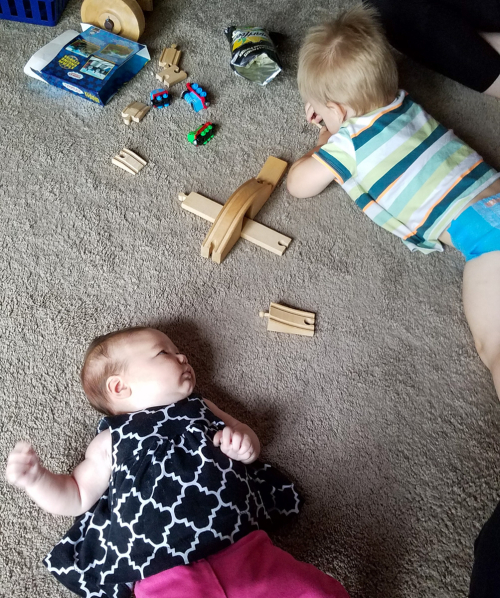 Gin & Jün are starting to interact a little bit... it's going to be so fun to watch them grow together!

There was some hammock time (who knew that was so comfortable?)! 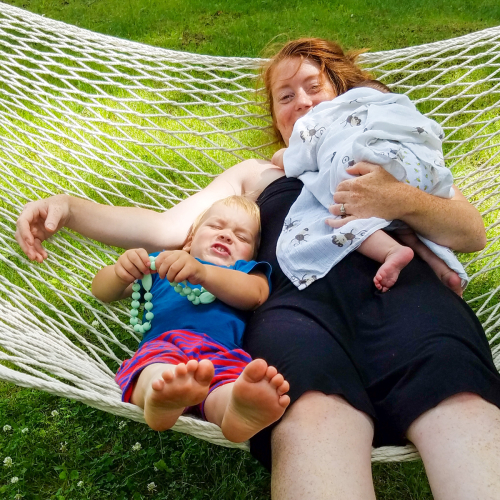 And plenty of playing-in-the-water time. 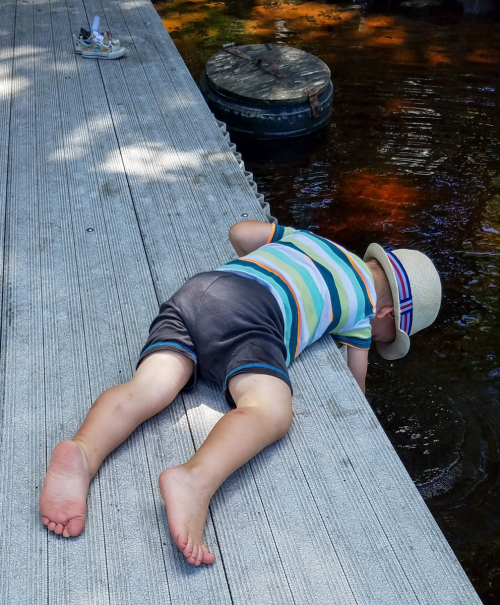 There was lots of great cooking and eating, everyone pitching in and... I don't think I even lifted a finger in the kitchen 'til Day 3. We made "camp food" one night with Maddy's direction and assistance... tin foil packets of ground beef, carrots, onions, potatoes, and lots of butter... sort of like pasties without the crust. So good. I ate every crumb. 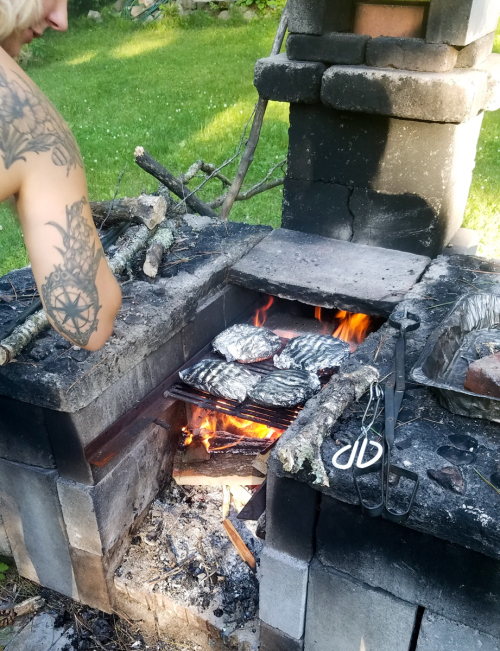 And leaving plenty of room for s'mores! It's been ages since I've had one (so I had more than one!). 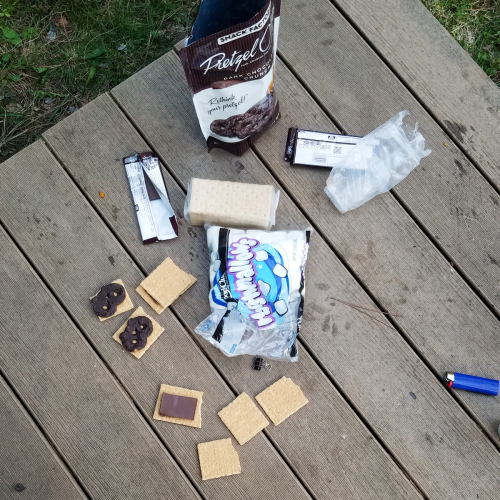 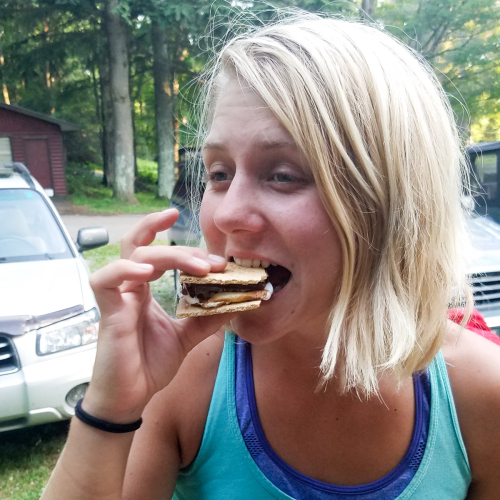 I didn't try it myself, but in case you're wondering, the addition of the chocolate covered pretzel crisp was deemed "too crispy!"

There was even laundry. Ali uses cloth diapers most of the time, and Gin is a frequent spitter-upper, so there was need. We filled two clotheslines... plus the dog lead! Thankfully, all of those diapers have inserts and covers with snaps, so I snapped them on the line, or we'd have run out of pins for sure! 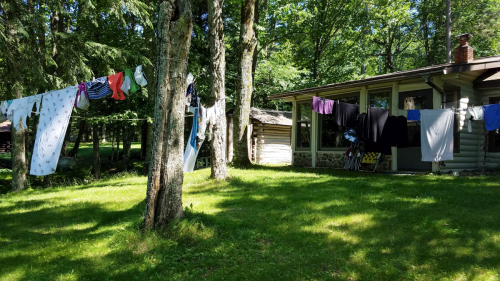 And there was an awful lot of this... lake- and sky-watching.

And some obvious favorite subjects & angles. 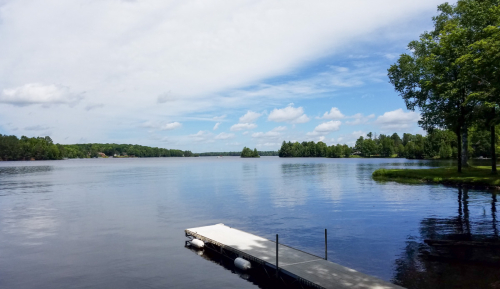 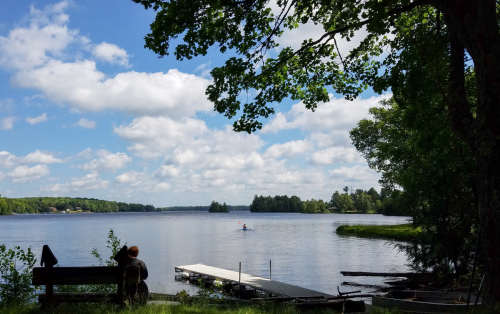 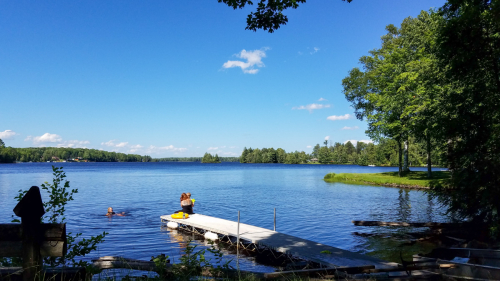 Every day is different! 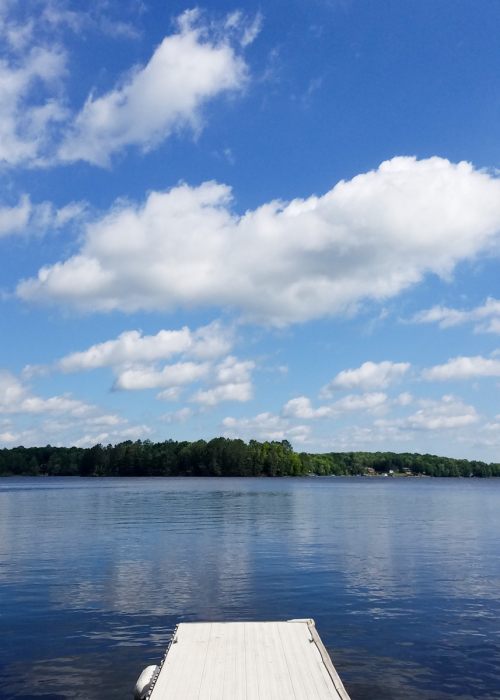 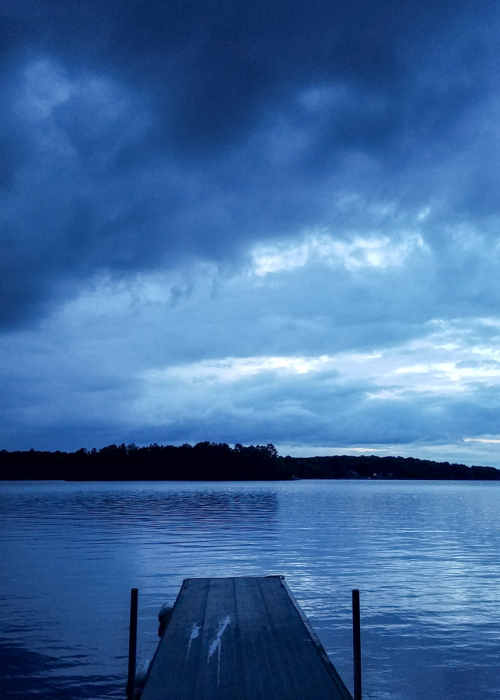 Maddy camped out in her tent, driven in only once by thunderstorms and torrential rain! Luckily, our days were mostly dry... if a little warm (though not as warm as predicted, so YAY!). 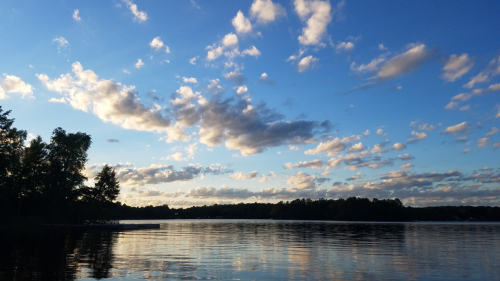 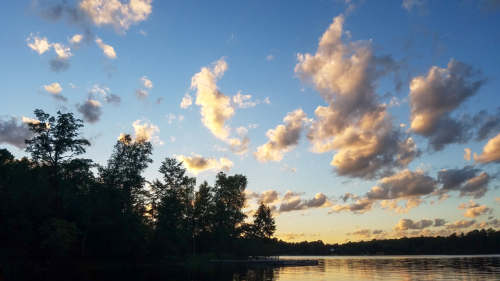 We came home to some surprising, gut-wrenching & scary news that isn't mine to share and that I find rather sad, desperate & embarrassing, but am afraid will be inescapable, and so I'm going to have to find a way to deal with it. Ugh. It makes for a rather worried & moody Vicki.

We also came home to the surprising, heart-wrenching & exciting news (even if it's taken a while for the shock to subside and excitement to sink in) that my sister and her family are moving to SPAIN... in 5 weeks!!

Watch this space for a future Mediterranean vacation!

The photos of your time Up North are beautiful, I'm so glad you had that chance to get away together. I'm sorry for whatever is going on that you're going to have to deal with and I hope it's not as bad as you think it might be. And moving to Spain? I can only imagine how much you are going to miss them, it's been such a blessing for you to have them close by this last little while.

Are there any words more beautiful than "...up north to the cabin for a few days..."?

I'm always excited to see a new post from you on feedly because I know I'm going to read some lovely family stories and see some gorgeous photography - so true in this post! Brio and Thomas bring back lots of happy memories here. I'm glad you had a wonderful time but sorry for the scary news. I know worried and moody and wish you far less of both. Five weeks?! I'm glad you're thinking about your future visits!

It seems like your sister just moved back home! I SO sorry for your sad, desperate & embarrassing news! Makes my gut ache just to think you're going through something like that. Your week up north looks amazing and the grandchildren must really be a delight and comfort to you.

How disappointing to come home from such a wonderful, relaxing time to bad news. Sending good thoughts for you and yours. Plus, I'm sure you'll have a grand visit in Spain one of these days, but missing the everyday stuff that happens is hard.

Having a sister far away is never good, unless you can go visit them frequently and in amazing places! Stressful news is never fun and I hope it is resolved in the best way possible. And, the combination of the company, the views, and the memories you made might be the best thing ever! It looks like it was an amazing time, sans Junah having a brush with those bees!

I am sending all my love. Because that all sounds like just too much to bear. (But your time at the cottage up north sounds like it was just lovely.) XO

I'm glad you had that wonderful time up north - I love seeing the photos and reading the stories (and thank you for the train recommendations- I think Charlie is getting a Brio set for his birthday!) I'm sorry about the bad news...sending my best strong thoughts (and maybe it's not as bad as you fear).

Great pictures and descriptions of family time up north. So sorry to hear that you came back to bad news. And having a sister who lived 3,000 miles away for many years, I sympathize on hearing of your sister's move.

Just keep looking at the clouds and photos from up north to get through it, that was such a perfect getaway (location, the companions and the action- or not action...dreamy!)