If you think you haven't seen a finished knitting project around here in a while, you would be absolutely right. If you took a look around here, you'd think that this shawl was the ONLY finished object of 2016! In fact, it's the second*, though it is the only project so far that I both started & completed this year. 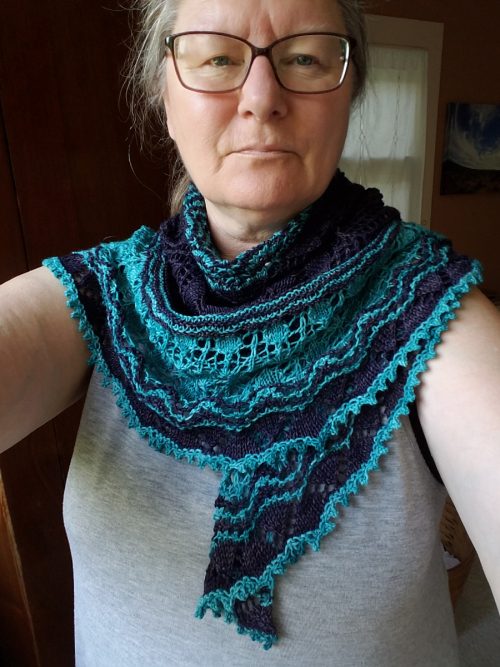 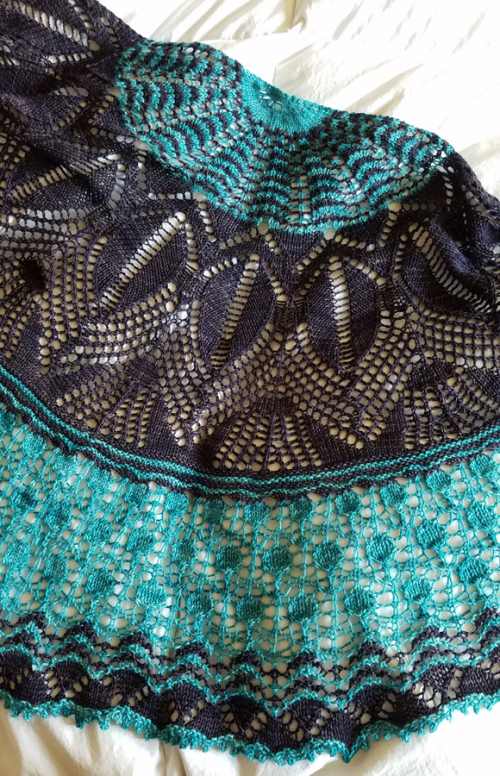 This is my fourth Through The Loops Mystery Shawl! 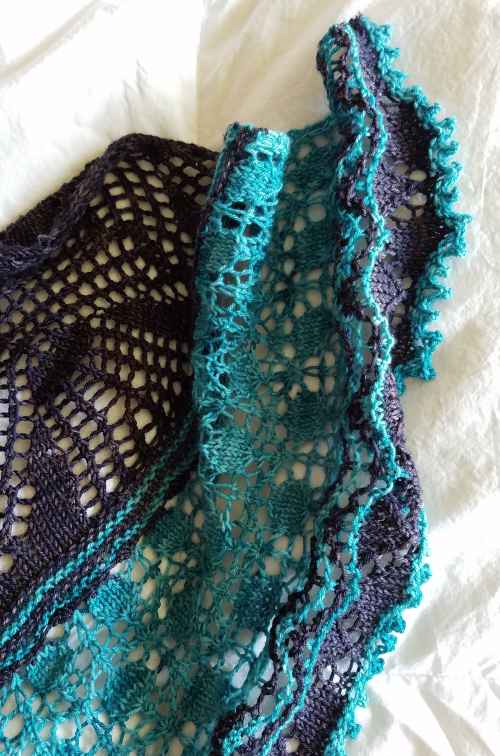 I had some issues... tinking back a few times to get back on track after dropping stitches. 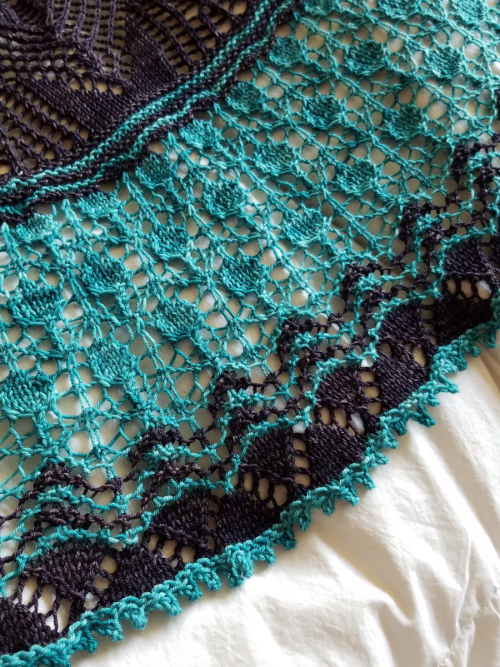 And I'm pretty sure there's an error or five to be found. 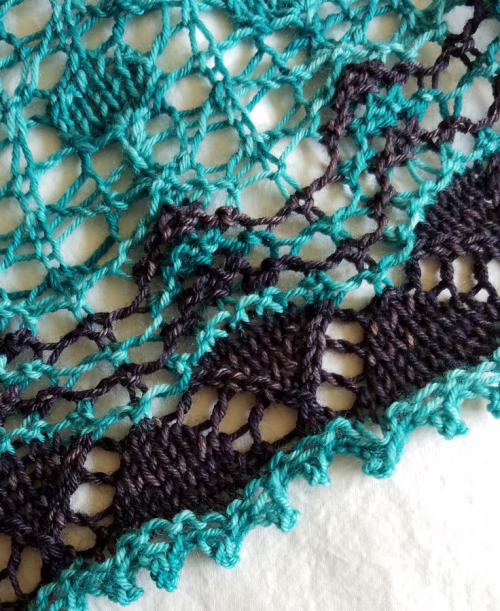 But I loved knitting it and kept it a mystery, never peeking at spoiler photos after I fell behind -- until I got to the bind-off row, and then I took a look. I used a 5 US needle for the body of the shawl, but an 8 to bind off in order to get the stretch I wanted. I was tempted to knit a couple/few more rows of garter just before the bind off, too, but wasn't sure I had enough yarn. (Turns out, I had plenty... but I love it as is!)

*The first FO was Deep End II, which I began February 4th, 2015, while vacationing in Todos Santos, Mexico! I noted on Ravelry that I worked the sewn bind-off at the Madison Knit-In, which was Feb. 20-22 that year, but it took over a year to pick it up and weave in ends. I did that during the Rites of Spring Fiber Frolic, April 29-May 1. Gin was born May 2nd... and that explains both the lack of an FO post and the general lack of knitting altogether. I have been saying that the creative output so far this summer has been way down, but the cuddle quotient is WAY UP!

It's beautiful and congratulations on 4 MKALs! I love that you didn't peek - I peeked every week. I'm just finishing clue 4 and looking forward to getting. it. done. Your colors are wonderful!

Cuddle quotients are way, way important! I haven't even finished clue 4 of my TTL Mystery, but I am loving each step and will continue my progress through summer 2016. I do not have a cuddle quotient to fill in, but knitting is not in the air regardless!

Knitting? What knitting? :-)
That is just a lovely, lovely shawl, Vicki. I have only finished clue #1 (so far). I'll get going again. Someday. (And your lovely shawl will be my inspiration.)
(Also, I think cuddling grandbabies is the BEST way to spend your time. Enjoy.)
XO

I love it!! It is beautiful! And, grand babies should absolutely supersede everything else in life. XO

I love the colors you chose for this and the knitting is beautiful. Great job and congrats on a newly finished handknit!

it's beautiful!! (but I hope you didn't sacrifice any cuddles to finish so quickly!)