I had a hair appointment yesterday. My stylist, Kate, blew out and styled my hair so nicely... but with the temp (upper 80s) and dew point (72F -- that's TERRIBLE!), it wasn't long before the back of my neck was sweating and my hair was back in a very unglamorous ponytail! Whatever. A salon date always makes it a better day!!

The kids came over for a while in the afternoon while their momma was at a meeting.

There was some snoozing. 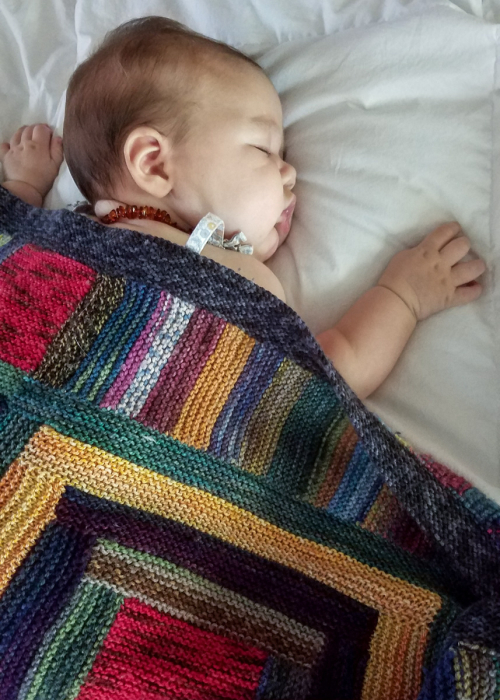 Some exploring around the house and down the street. 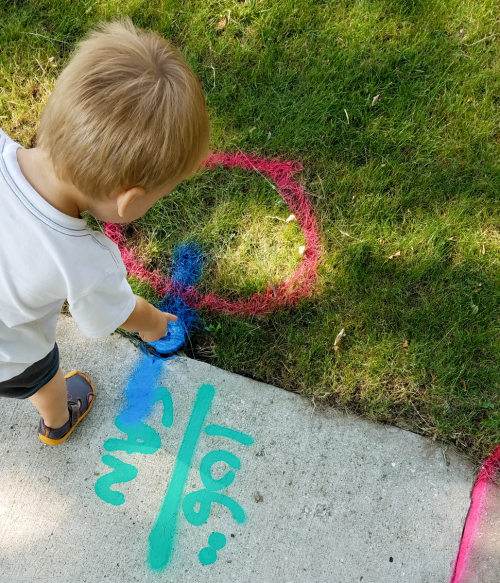 This is right in front of my house: DIG! Junah had fun identifying all the colors and made a game of jumping over some of the marks and lines (and getting me to jump around, too!). The gas line is being moved from under the street to under the sidewalk, with new connection to the meter -- it's happening all down the street, around the block, and in the entire neighborhood! It looks like I'm going to lose three nice old sidewalk blocks -- naturally, it can't be the newer ones that area already disintegrating. It's going to be a bit of a mess, but the actual work shouldn't take very long. I am assured that my plants will be OK. I know those guys with the diggers can be careful and precise when they want to be... we'll see.

There was laundry on the line. 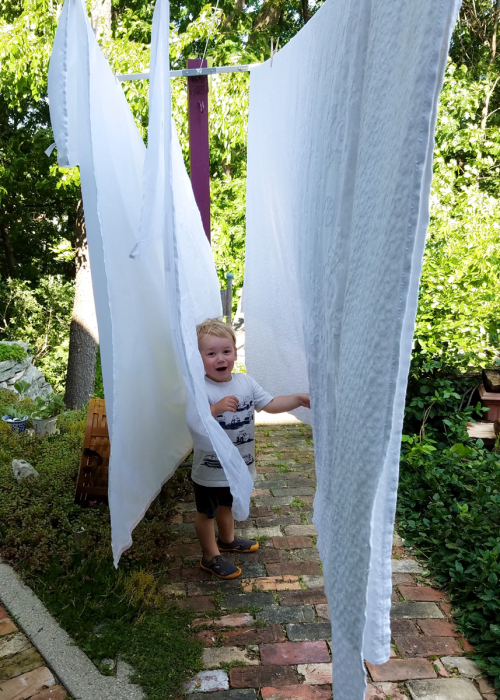 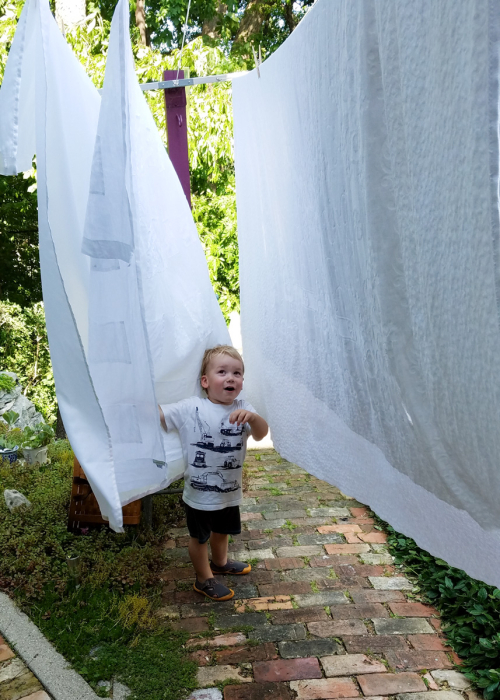 Someone loves it as much as I do. There'd be a breeze every once in a while, and everything would swish around -- even his hair would sort of blow up. So cute.

There's live music every Wednesday night at a park downtown. I can actually hear it just fine from my front porch, but it's nice to see it, too. Rod usually runs sound for these events, but last night one of his bands was also the headliner! 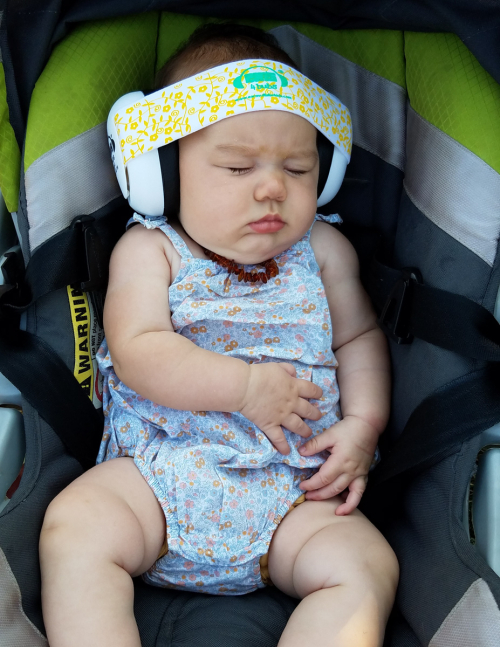 Princess Gin was prepared! She didn't like the ear protection so much at first, but she got used to it. From glances I caught, some of the other kids in attendance seemed a little worried about what might be "wrong" with Gin that she had to wear such a weird thing. 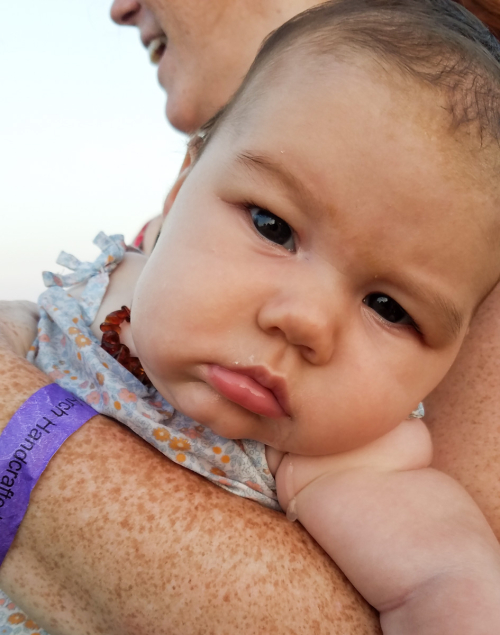 Just over 11 weeks old, there's absolutely nothing wrong with her!!

I truly enjoy your blog and think you are a fabulous grandma. I hate to say this, but having seen more than one photo of your granddaughter sleeping prone, I want to say that these days the pediatricians recommend putting babies under 12 months to sleep on their back and without blankets to reduce the risk of SIDS. I know babies sleep more easily on their tummies, but here is the link that explains it from the American Academy of Pediatrics.

Sorry to be a busybody.

Laundry hanging out doors is simply the best thing! I am glad that Jun agrees! Snoozing Gin pictures have to be the singularly most relaxing things ever. And I love her ear protection- they just have the coolest things now!

Laundry on the line and Parcheese...this must be Vicki's blog! Whenever I seei your grandchildren sleeping under Parcheesi I'm just tickled pink. Ugh to summer's heat. It is the hot time of year everywhere. We're 100 degrees with 10% (or less) humidity, which just sucks the skin dry.

Those babies . . . growing so fast! Such a joy. (I can't believe Gin is already 11 weeks. . .) I hope your Big Dig goes quickly and without incident. Junah will LOVE having a front row seat to all the digging action! (My kids just loved watching any kinds of construction activity. Bonus when they could watch from the window!) XO

My kids always loved playing in the laundry "aisles" when they were little. Sometimes they would even stand right next to their blankets and hug them on the rare occasions I was allowed to wash them. I also love seeing grandchildren sleeping under Parcheesi!

What lovely pictures of life in the slow lane. Just like when we were kids. Lucky you to get share line jumping with Junah. Wait for the big dig- that'll be even more fun!

Oh that last photo is the BEST! and I'll bet Jun is super-excited about the digging. That's gonna be fun for him to watch... hope it's not too bad for you!

Sheets on the clothesline were some of the best "toys" when I was growing up. I can still smell that sunny freshness.

We were talking this morning about bringing Dan to the construction site up the road when he was just about Junah's age. Just good stuff. And that Gin...keep the pictures coming! (We had a clothesline but never any fun! :-) )