You know how sometimes you know something "bad" is coming and you brace yourself for the worst but it ends up not being not all that bad? 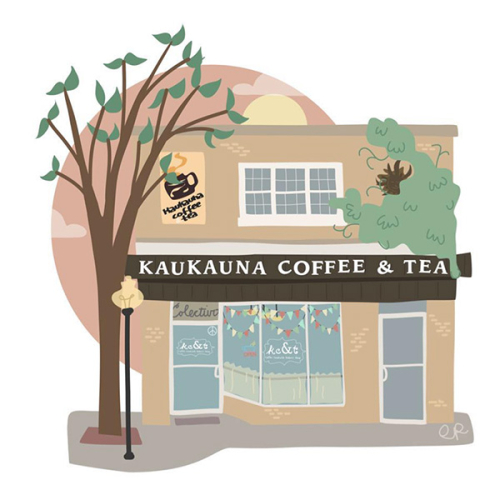 A week ago last Tuesday, on Aug. 16th, the street in front of Ali's coffee shop was closed. Sewer & water line replacement means that the street will be closed/no thru-traffic for a total of 6-8 weeks.

So far, the weather has been pretty good and they seem to be moving right along. The sidewalks remain open, and the workers have been very good about keeping a public crosswalk in the middle of the block open as much as possible. 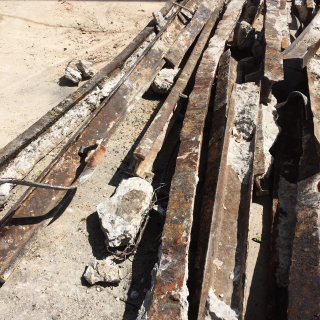 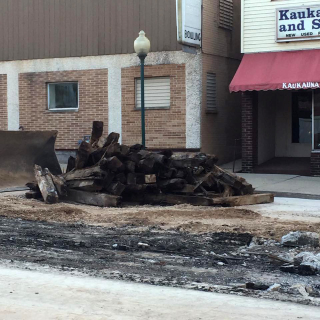 It's dusty and dirty, but sometimes fascinating to watch. They've even dug up some treasures, including ties & rails from an old trolley system!

The most amazing thing, though (and, believe me, I'm knocking on wood), is that the impact on Ali's business hasn't been too bad. In fact, that first day, she had to deal with some not-so-good customer feedback because they were SO INCREDIBLY BUSY at lunchtime that a couple of orders got messed up. Even Rusty, whose studio is upstairs (so he's there a lot), commented on how busy they were and that people were lined up out the door!

There have been some not-stellar days, and there'll probably be more, but mostly it's been OK. She's been working for a while now on a plan for a big remodel and improvements to her kitchen -- the pieces are finally coming together -- and if nothing else, I think this shows that her business is worth the investment!

It's just so damn cool. It makes me so proud of my little city and its residents, so grateful for all of Ali's wonderful and loyal customers, and pleased as punch that she's built a business that's seemingly worth a little extra effort.

Seriously, there's a panzanella salad on the menu right now... SO WORTH IT. I could eat it everyday! It's especially delicious when Adam's making it and on his way out to the deck garden, he asks if purple or green basil is preferred. Mmmm.

This is AWESOME, Vicki! I was worried when you first mentioned the upcoming disruption. Sot glad it's turned out to be not as bad as expected/feared. Go, Ali!

It was a little dicey crossing with the back hoe or something like that but I made it to knit night last Thursday and was glad I did. We all have to live with construction, it's a Wisconsin season!'

Let me know when Ali wants to open a branch here!

This is so good to hear! Clearly they've got something special going there...here's to panzanella every day! (I've got a shrimp taco thing going on...same thing small place, local and fresh...I want it every day!)

That is good news. It's also really nice when the construction people act like they know their work is important and part of their work is to not inconvenience people any more than necessary.

I'm glad the possibly anticipated bad has been not so bad! Congratulations to Ali on all her work and commitment, and of course, now I want a delicious panzanella salad.

Great news all around! EXCEPT, Kaukauna Coffee isn't in Salt Lake City! What's even more wonderful is that Ali had a dream and it came true!

Yay! Nice to end a long week with optimistic news!

YAY, Ali! it's always nice to read a good, happy story - thank you for brightening my day!

I'm so glad that disruption hasn't impacted Ali's business dramatically. Hooray! We have a major repaving project going on this fall and the road in front of the library will be closed at times. I'm sure we'll see a drop in circulation but, luckily for us, we aren't paid by the number of books we circulate!

So happy for Ali that things are moving along. Wish she was in my neighborhood!

This is fantastic news - however, I am not surprised. All smart people will walk a few extra blocks for a good cup of coffee, and add in Panzanella and they will come from miles! XO

But, really - small business ownership is hard work and I am so happy it is going so well for her!!