Are you? Washing along with Mason-Dixon Knitting? Sweater season approaches! I haven't begun yet, but I certainly will. I've a cedar chest to fill! 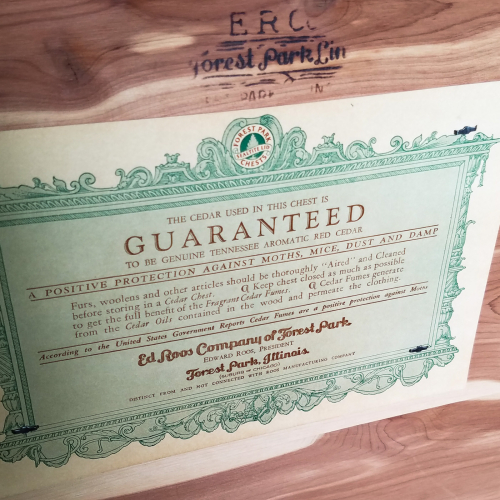 Last week, after Auntie Camp, we took the boys home... and hauled a trailer along so we could bring a few things back with us. One of those things was a cedar chest. 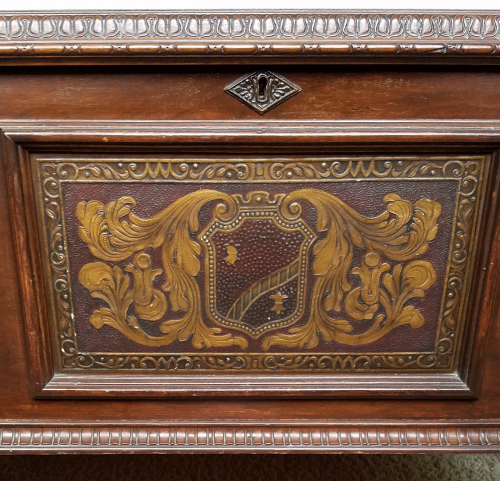 Immediately after telling me that they're moving to Spain (which, admittedly, I met with stupefied silence), Annie blurted that I could have Grandma's cedar chest... FOR KEEPS! 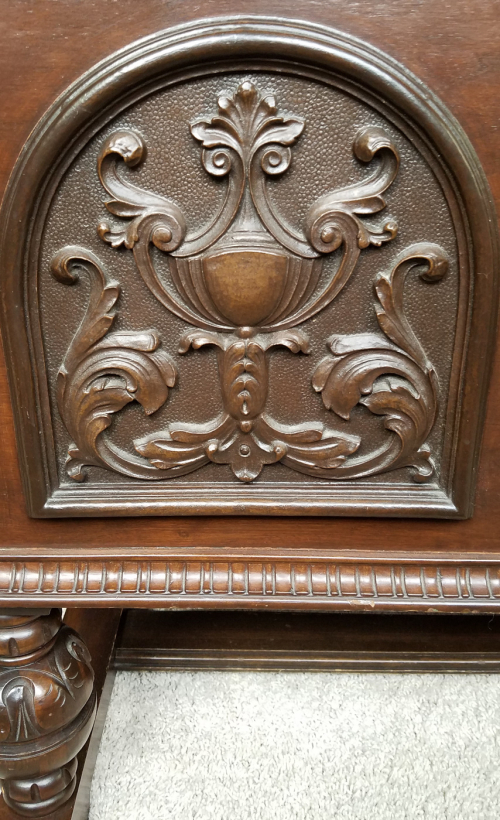 There's no contest, really... given a choice I'd much rather have my sister around than a cedar chest!

(But I did want a cedar chest and, in fact, have actively looked for one. They are elusive!) 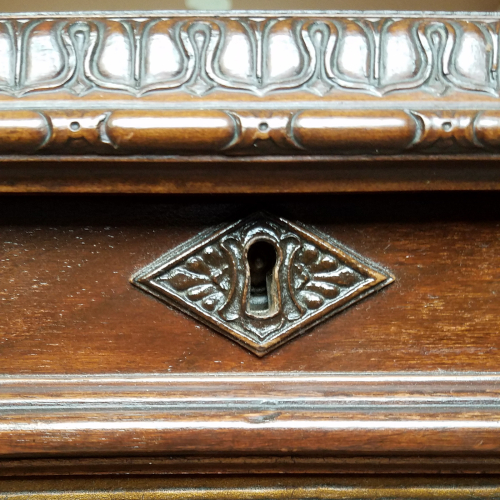 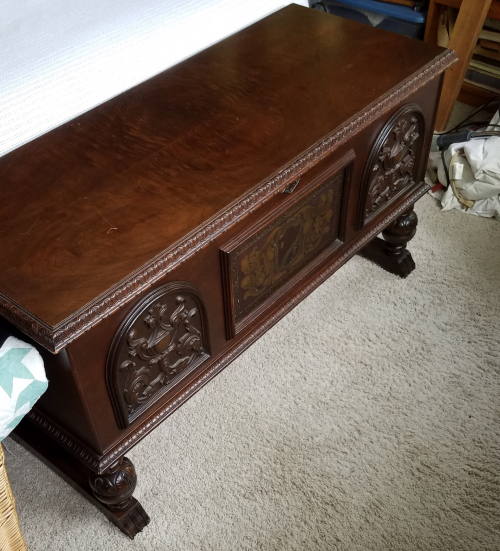 I think it would be a good idea to wash (and mend) all of my sweaters (and shawls) before moving them to the cedar chest, don't you? 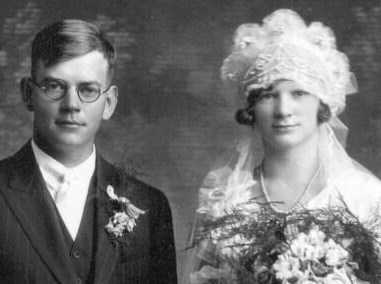 My grandparents, Andrew & Marcella, were married in Rozellville, WI, in July 1929. It's possible that the cedar chest was my grandmother's hope chest (I'll have to see if my aunts know). If it wasn't, then I think it was given as a wedding gift. There are some similar design elements on their dining room set, and that I know was a wedding gift. I am intimately familiar with all of those dust-catching design elements, as many hours of my childhood were (unwillingly) devoted to dusting those pieces!

That is a beautiful chest. I am a new-to-AC sewist and long time knitter and I enjoyed stumbling on your blog.

As the years go by you are going to love each and every memory you uncover as you dust this beautiful piece! What an excellent place to keep your cherished knit items! I need to join the Washing Along!

That is an amazing cedar chest, and it's even better that it's a family piece. True, it would be much better to have your sister around, but since that's not in the cards, that lovely chest is a nice consolation prize. Have fun filling it with handknits!

I'm pretty sure I'd be a lot more excited about the washing and storing if I had such a lovely cedar chest...and even better that it's a family piece...that will bring happy memories of your sister every time you see it! (looking forward to seeing a photo of it filled with handmade treasures:-)

What a beautiful cedar chest! Can't wait to see it filled with freshly warshed sweaters and shawls!!

What an amazing treasure and the perfect vessel to hold hand knit treasures! I will be participating, but I need to wait for this humidity spell to snap - nothing is drying quickly here right now!

Having that chest must be very bittersweet, I know you will miss Anne and the rest of her family terribly.

What an amazing chest. The design details are begging to be traced with a gentle finger. I missed the post on Anne moving to Spain, been busy here. I know it will be hard to have them so far away. You can look forward to some awesome paella when you visit them.

I'm behind on "you" too! That cedar chest is just lovely - I'm thinking Junah may be young enough to find dusting that detail fun! :-)

omg, that is GORGEOUS! I have two cedar chests, Mom's and Grandma's, but they are not nearly as cool as yours. Congrats!