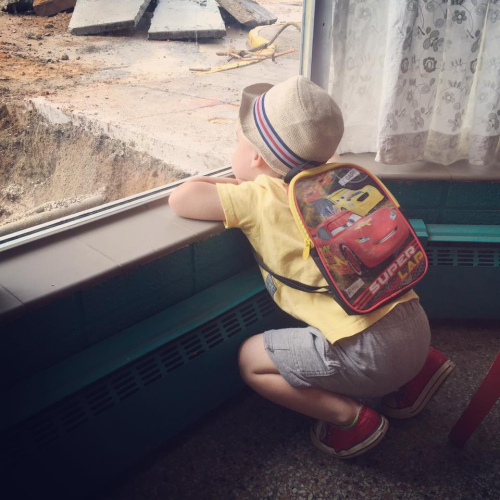 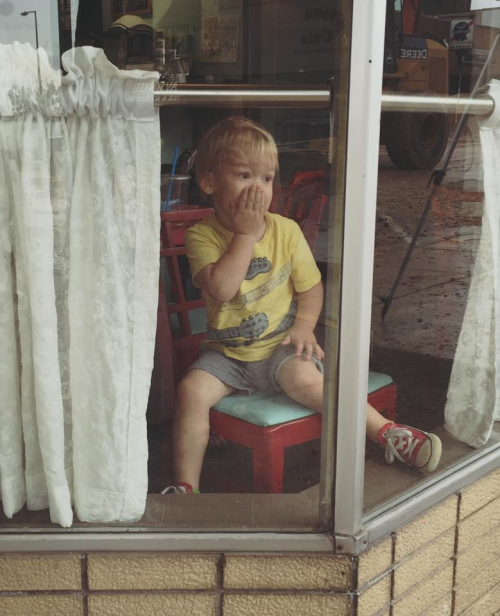 A little slice of heaven right there on a Wednesday morning. It does a heart good. The new lines are in, the shop is open... hopefully it won't be too long before the road is open, too.

Our community is in mourning following the devastating loss on Tuesday of a 12-year-old boy who was struck by a school bus on the way home from school; he died at the hospital a short while later. Details of the accident have not yet been made public. It's heartbreaking. And very frustrating, as traffic flow/management is a real issue in our small city right now, and I feel that it was likely a huge factor in this accident -- however it actually played out. A river runs through it -- and a canal. There used to be three thoroughfares to cross those waterways. A few years ago, an application for state funding was missed for one of those spans, and it was replaced with a "pedestrian" bridge... which sort of made sense once, when the library was right there, but it largely unused these days. A second bridge has been closed much of the summer for maintenance, and will be for yet a few more months, leaving only the third bridge open... one thoroughfare in a small city of nearly 16,000. The middle school sits on an island right between the second & third bridges...

I'm so sorry to hear about the tragic loss in your community. Lives have been changed in terrible ways, and I hope traffic flow and people's attention and awareness can be changed also.

Junah is so lucky to have his front row seat! When my boys were little we used to drive around looking for construction sites with "big diggers" and then find a safe viewing point to watch the excitement. I love his rapt expressions!

The loss of the little boy is so sad and senseless. Traffic congestion is the cause so many problems in communities. I am so sorry your little city is suffering. We often wonder what the "power that be" are thinking when planning cities, as well as construction.

I cannot imagine the pain your city is enduring over the senseless loss of a child. Nor can I imagine what that bus driver is going through. Sending you thoughts for healing and love.

As for Junah - his face is just so priceless!

Those pictures of Junah are just priceless. So deeply involved in what he's watching, and better than a movie!

I bet you're hugging Junah extra close right now. I'm so sorry about that young boy and the loss for your entire community.

what a tragedy - I'm so sorry. I just finished completing a survey that my city is running about traffic/congestion issues on a two-lane road (I travel it from my house to Katie's) that has three schools over the course of about 4 miles. I hope we can get a good plan in place - and executed! - before we lose any lives.

Such a sad loss! The boy's family and your entire community must feel as if a bright light has gone out as it has. I'm so sorry to read about this.
Your little Junah is so sweet and full of life. Such joy in the midst of such sadness. A reminder that we all need to treasure every moment we're given. Thank you for the reminder.

I'm so sorry for your community and for that poor little boy and his family. Those photo's of Junah are just what you need right now! (And we always love them!)

That is so sad. I'm so sorry to hear that.